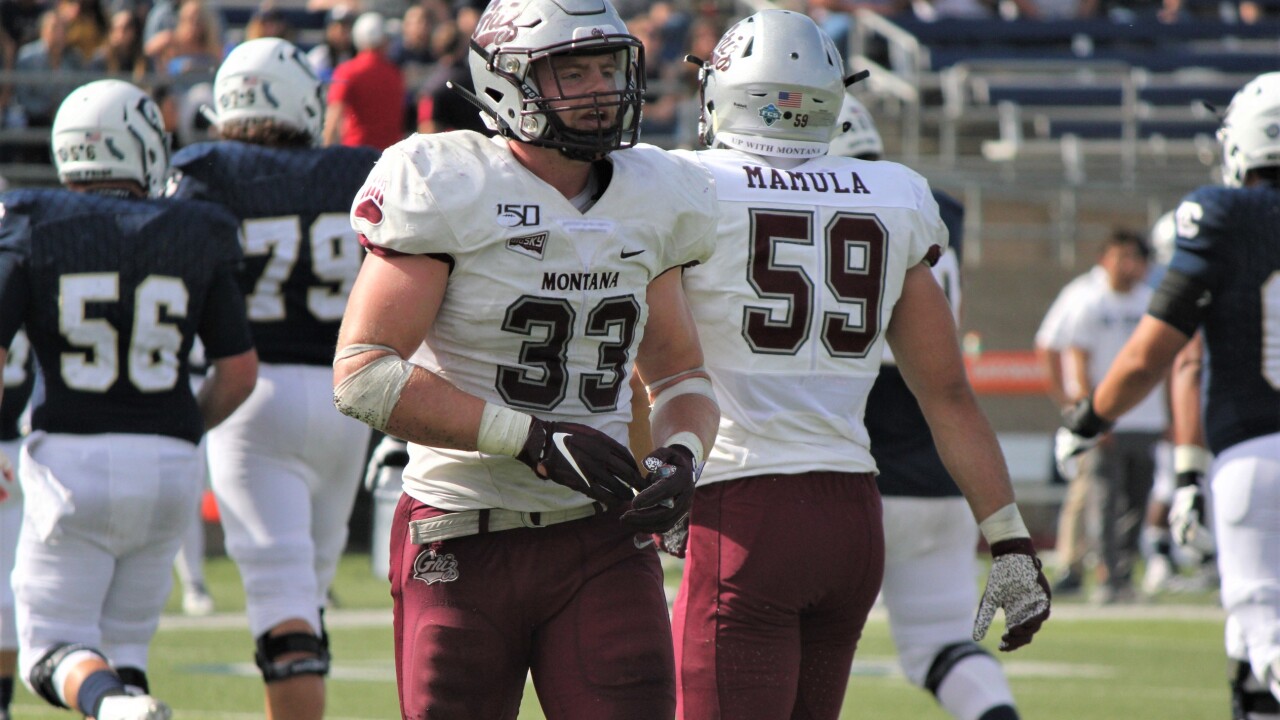 Dante Olson is officially a Philadelphia Eagle once again.

The former Montana Griz linebacker was officially signed to Philadelphia's practice squad, the team announced Thursday morning. Olson was originally picked up by the Eagles in April as an undrafted free agent but was waived in August.

Olson worked out for the Eagles on Tuesday.

The 2019 Buck Buchanan winner is Montana's all-time leader in career tackles with 397 and also set a new Big Sky Conference single-season record with 179 tackles in 2019.

The Medford, Oregon, native is once again with an organization with multiple Montana ties. Former Montana Grizzly Tim Hauck, the brother of UM head football coach Bobby Hauck, is the safeties coach for the Eagles while former Montana State linebacker Alex Singleton is also on the team. Singleton recorded his first NFL pick-6 on Sunday as the Eagles defeated the San Francisco 49ers, 25-20.