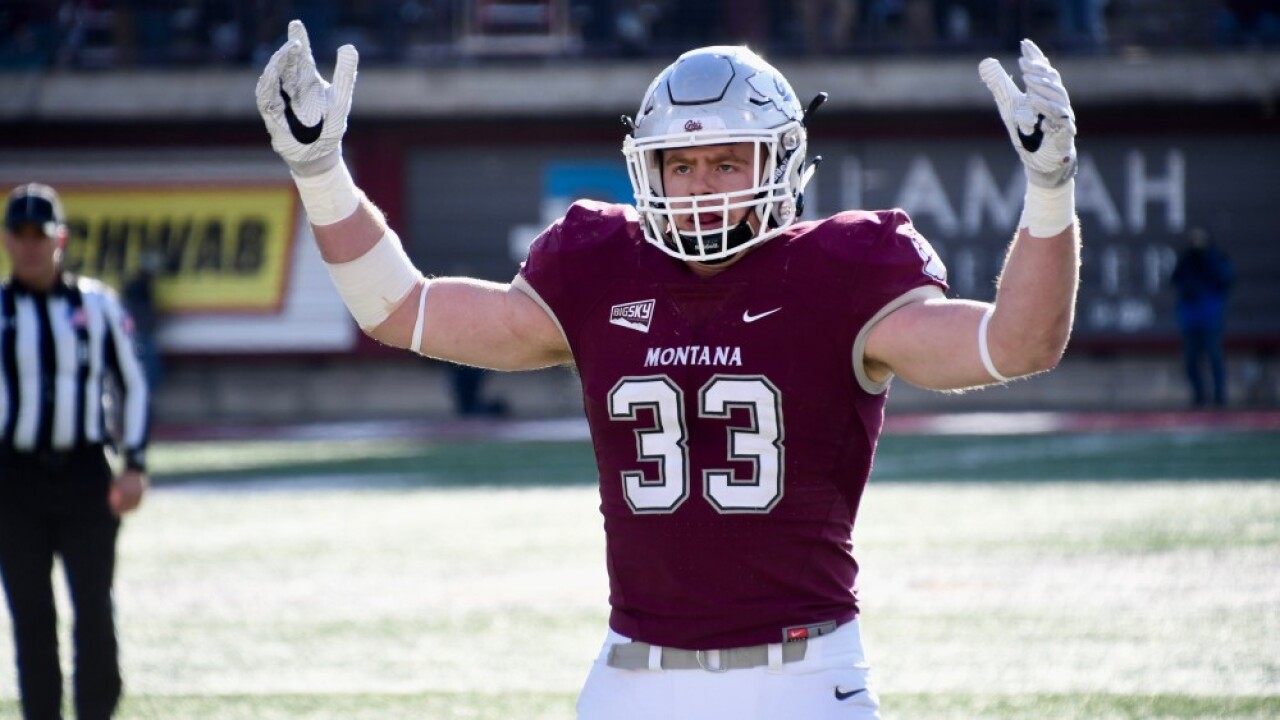 Olson, who won the Buck Buchanan Award as the best defensive player in the FCS last fall, signed with the Eagles as an undrafted free agent in April. Montana State Bobcats Travis Jonsen and Bryce Sterk also signed undrafted free agent contracts after the draft, joining the Tampa Bay Buccaneers and Miami Dolphins, respectively. But both Jonsen and Sterk have since been waived, with Sterk catching on with the Cincinnati Bengals.

Olson will now look to jumpstart his professional career elsewhere after a sensational run with the Grizzlies. He led the FCS in total tackles in both 2018 and 2019, with his 179 tackles last year setting a Big Sky Conference record. Olson earned numerous accolades for his 2019 season, including consensus all-American nods.

Olson, a Medford, Ore., native, left Montana as the program's all-time leader in career tackles with 397.

The Eagles still feature three Montana connections. Alex Singleton, who played at Montana State from 2011-14, is in his second season at linebacker with the Eagles; former Montana all-American Tim Hauck has been the Eagles' safeties coach since 2016; and Marty Mornhinweg, a former Griz quarterback, is serving as a senior offensive consultant for the Eagles.