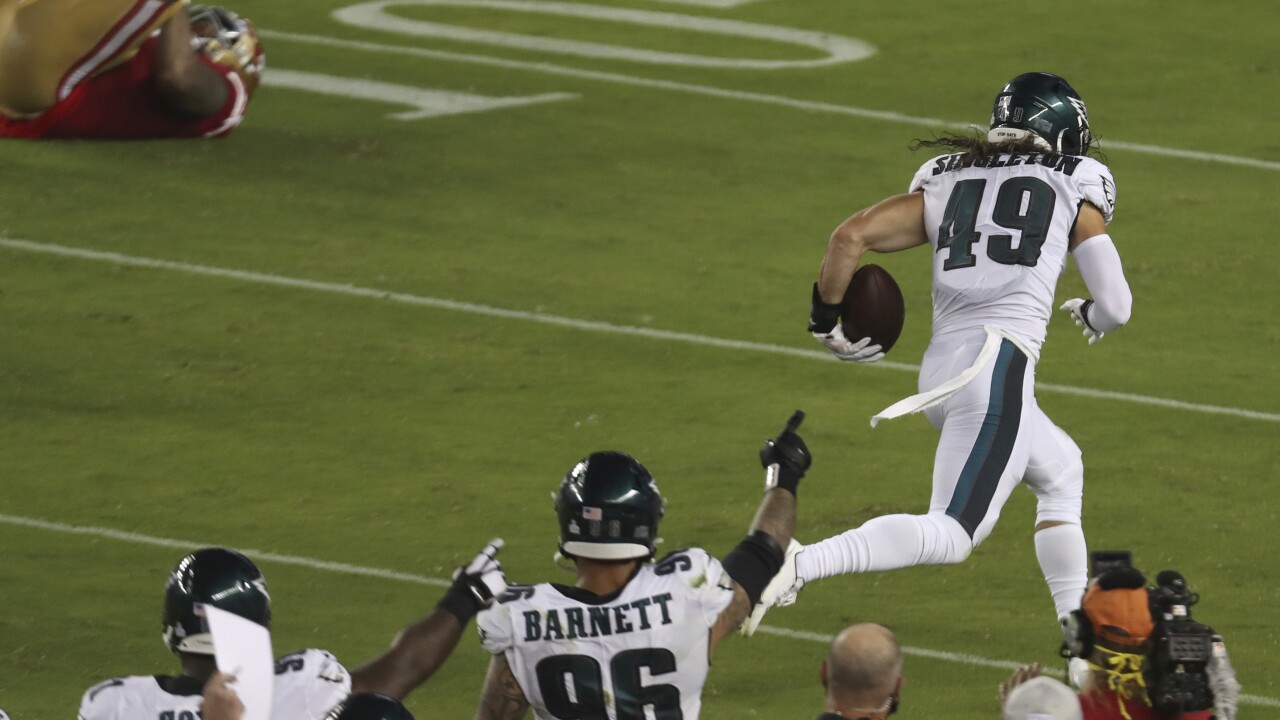 Jed Jacobsohn/AP
Philadelphia Eagles linebacker Alex Singleton (49) returns an interception for a touchdown against the San Francisco 49ers during the second half of an NFL football game in Santa Clara, Calif., Sunday, Oct. 4, 2020. (AP Photo/Jed Jacobsohn) 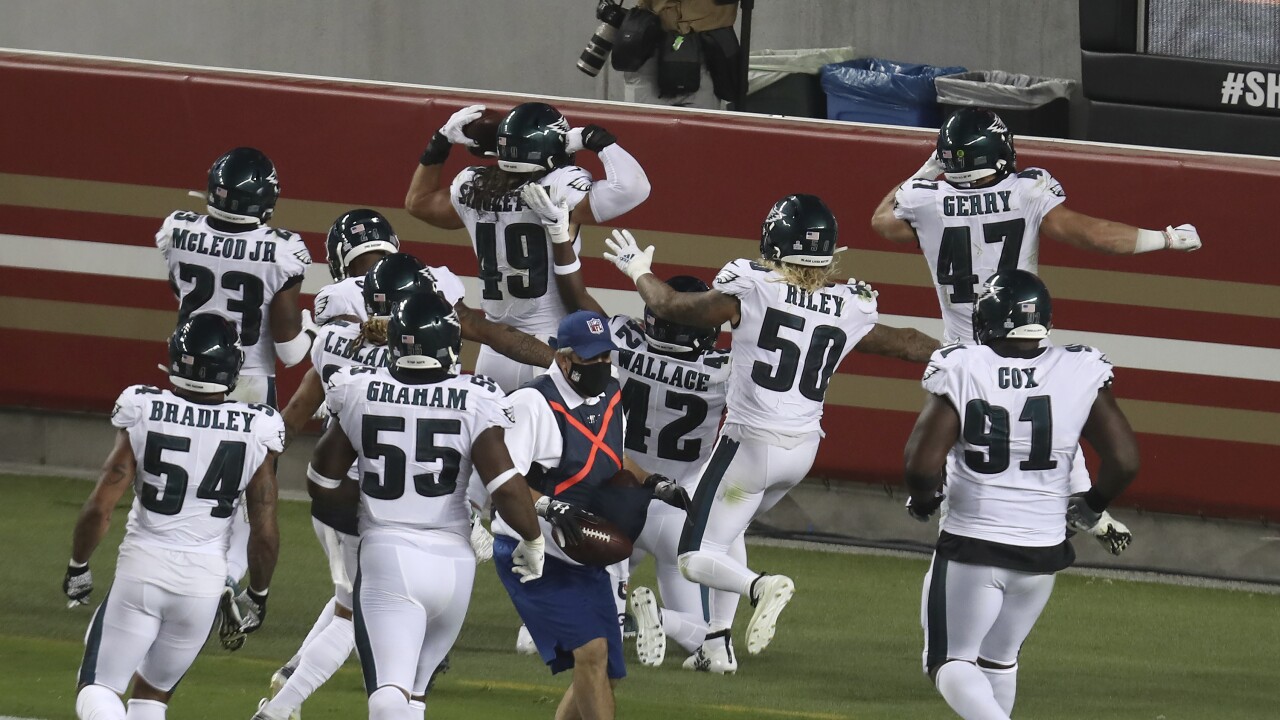 Former Montana State linebacker Alex Singleton made a primetime statement on Sunday night, returning an interception for a touchdown in the Philadephia Eagles' 25-20 win over the San Francisco 49ers.

Alex Singleton gets a gift and takes it to the house.#PHIvsSF | #FlyEaglesFly

With the Eagles holding an 18-14 lead in the fourth quarter, Singleton, Philadelphia's second-year linebacker from Thousand Oaks, Calif., caught a gift-wrapped interception from 49ers quarterback Nick Mullens and sprinted 30 yards to the end zone.

According to Montana State sports information director Bill Lamberty, it was the first NFL touchdown by a former Bobcat since 1996 when Sean Hill returned a fumble 10 yards for a score. Lamberty, citing Pro Football Reference, listed three other Montana State alums to score NFL touchdowns: Sam McCullum had 26, and Mark McGrath and Tony Boddie each scored one.

It was the first career interception for Singleton, who has also been in on four tackles in four games this season. Singleton played at MSU from 2012-14, capping his college career with all-American senior season when he recorded 136 total tackles, including 15 for loss.

Singleton spent the 2016, 2017 and 2018 seasons in the Canadian Football League, where he was a two-time all-star, the 2017 most outstanding defensive player and a 201`8 Grey Cup champion. He is now one of only two players currently in the NFL with strong Montana ties. Tight end Will Dissly, a Bozeman High School graduate who played college football at the University of Washington, is in his third season with the Seattle Seahawks. Dissly has seven catches for 37 yards so far this season.