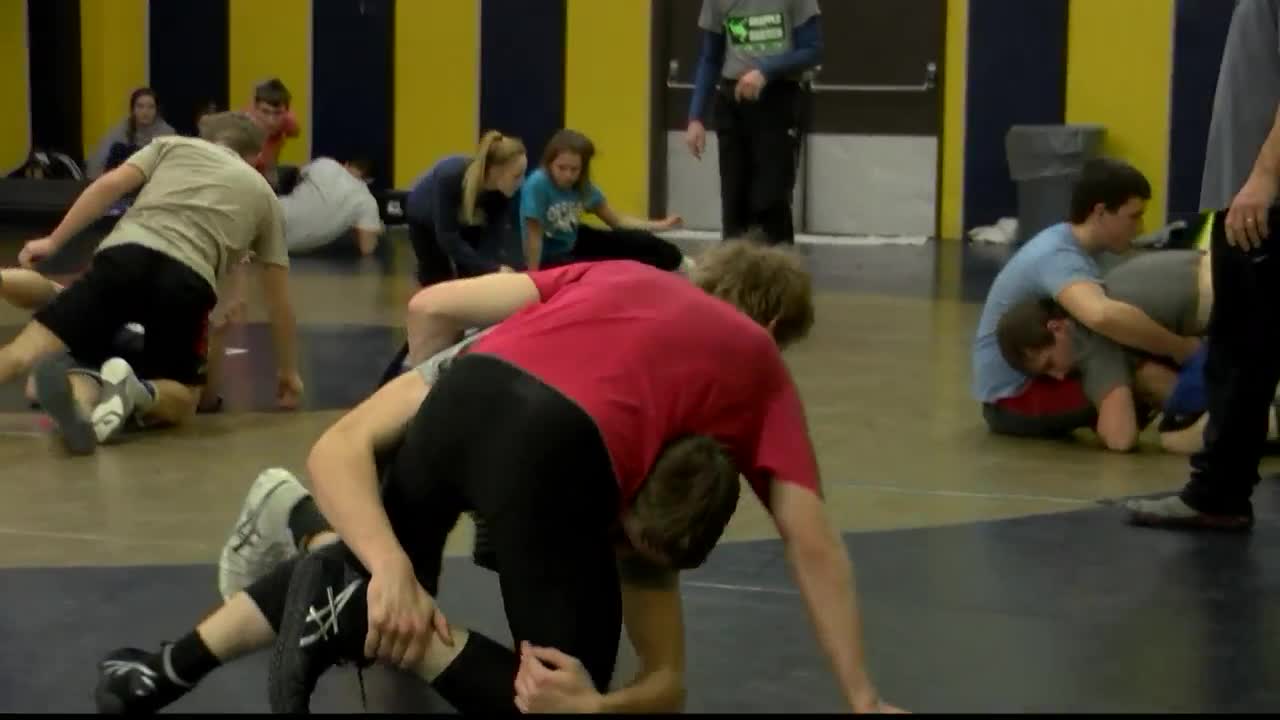 MISSOULA -- Big Sky’s wrestling team is looking to take another step up this season after finishing fourth a year ago at state.

The Eagles started the season off with a bang before Christmas when they won the CMR Holiday Classic. For them, it was a step in the right direction of starting the season better than past years.

"It's going really good. I'm super excited," senior Jett Rebish said. "Our team is really bonding well right now and ever since freshman year we've always just kind of not been very good. We started out the year not very good and towards the end we'd be better but this year we're starting off strong and I'm hoping once February rolls around we'll win a team title."

"We have belief and now it's spreading. That stuff's contagious," Big Sky coach Rick Moreno added. "The team is believing it so we're hungry. We're not letting off that gas pedal. We're putting it on and we'll see how things hold out in February. A lot of things can change but as far as what we're doing, our course of action, we're staying the same, doing our work."

The fast start was something the team believed it could achieve. And last year’s mark at state had a lot to do with that.

"We kind of expected it honestly," Rebish said. "Not being cocky, we're just very confident in ourselves and we put in the work and we put in the time. We've been wrestling since we were little and our one goal is to win a state championship and I think that's what we're going to get done this year."

There is still growth to be had. Moreno said staying humble and not complacent is key, and the Eagles lost close duals with Kalispell Flathead and Butte this past week while also finishing in seventh place at the Tom LeProwse Bozeman Invitational last weekend.

But with wrestlers like Rebish, Hunter Meinzen, Dougie Swanson and more, Moreno likes how the team is trending, and with the right preparation, says they’ll be ready come February.

"It's just keeping that mind fresh and really focusing on the details," Moreno said. "I mean, high-crotches, doubles, certain moves out there, they're moves. But breaking it down and saying, look, here's the resistance, here's staying two or three moves ahead of what they're going to do. Focusing on those small details and as always, probably our No. 1 thing that we've been preaching, our biggest tool, is our cardio.

"You can lack talent and technique, but if you can outwork somebody and break them physically, you'll win 90 percent of those matches just out of cardio alone so that's the other part that we're focusing on. Mental prepartion, small details and then the cadio."