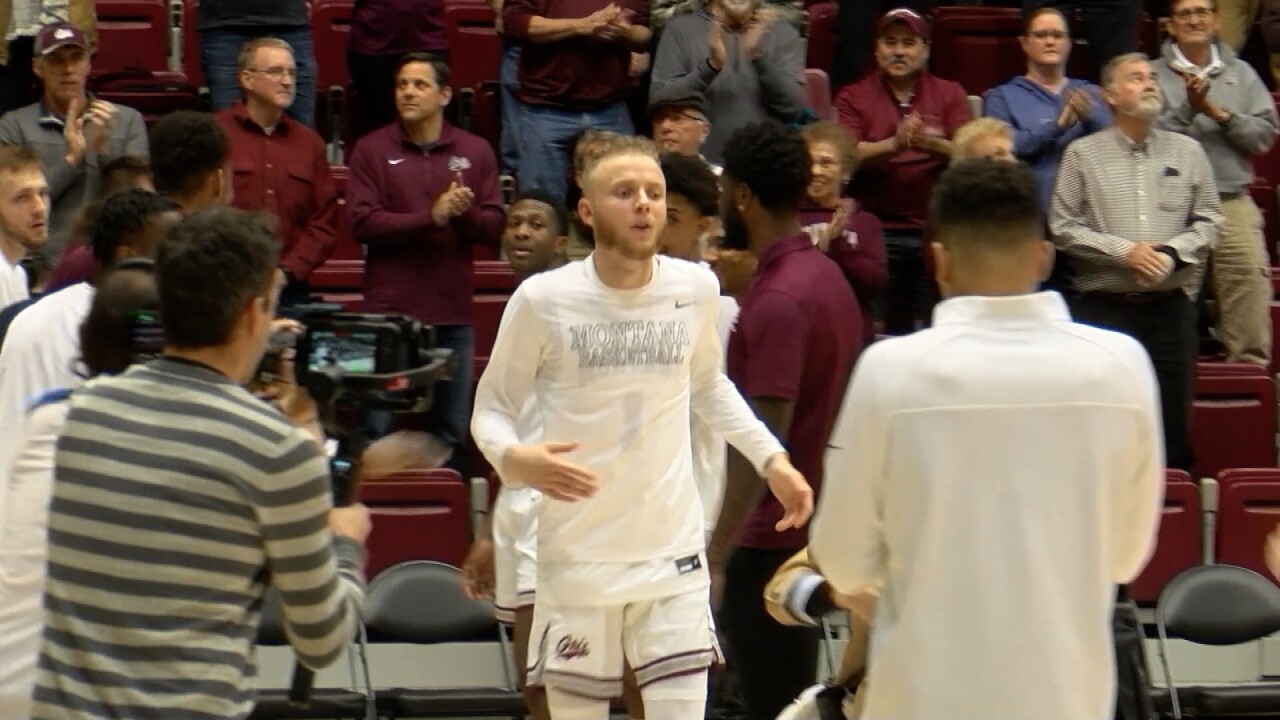 MISSOULA -- The University of Montana men's basketball team is losing one of its seasoned vets ahead of the 2020-21 season.

Timmy Falls, an incoming senior who has played a major role on two NCAA Tournament teams, is leaving the Griz program.

Skyline Sports first reported the news of Falls' departure. MTN Sports confirmed the news with a source close to the program on Wednesday.

Falls, a native of Dublin, Calif., has appeared in 97 games for UM, starting in 35 of them, including 27 starts in the 2019-20 campaign. The most veteran player of the group, Falls broke through as a true freshman in 2017-18 as a role player and quickly became a fan favorite due to his high energy, tough defense and highlight-reel passes. The Griz went on to earn a No. 14 seed in the NCAA Tournament before falling to Michigan in the opening round.

As a sophomore, Falls again dealt with fluctuating minutes before starting for the Griz in Montana's final five games, including its rematch with Michigan in the tournament.

After coming off of the bench in the first four games of his junior year, Falls became the team's starting guard where he statistically had his best season with 6.6 points, 2.3 rebounds and 2.8 assists per game.

In total, Falls averaged 5.2 points, 1.6 rebounds and 2.2 assists per game at Montana. Overall he shot the ball at a 40.5 percent clip from the field and 37.6 percent rate from 3-point range.

Falls would've been the lone four-year senior for the Griz this season.

Montana now has 16 players on its roster, 13 of whom are on scholarship. Junior Mack Anderson and redshirt sophomore Eddy Egun return as the players who have been with the team the longest, along with walk-ons Peter Jones and Freddy Brown III. Sophomores Josh Vazquez, Kyle Owens and Derrick Carter-Hollinger return after playing as true freshmen in 2019-20.

Utah transfer Naseem Gaskin and San Jose State transfer Michael Steadman will both be eligible this year after sitting out a year ago. Transfers Cameron Parker (Sacred Heart) and Cam Satterwhite (Northern Arizona) will also be available for Montana after recently joining the team. UMass Lowell transfer Darius Henderson, who joined the Griz mid-season a year ago, will also be available after the completion of the fall semester.

Multiple attempts to reach Falls for comment have so far been unsuccessful.