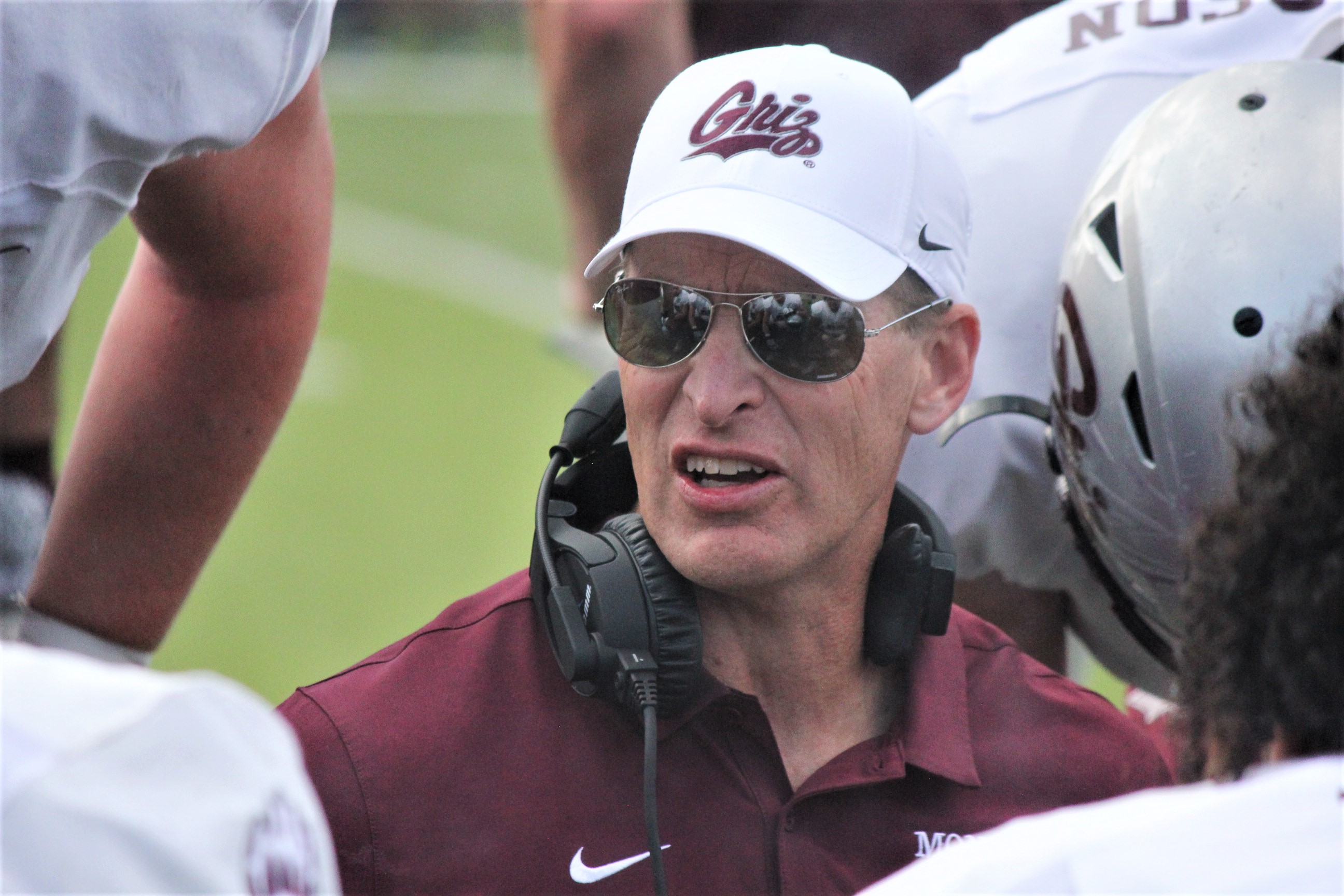 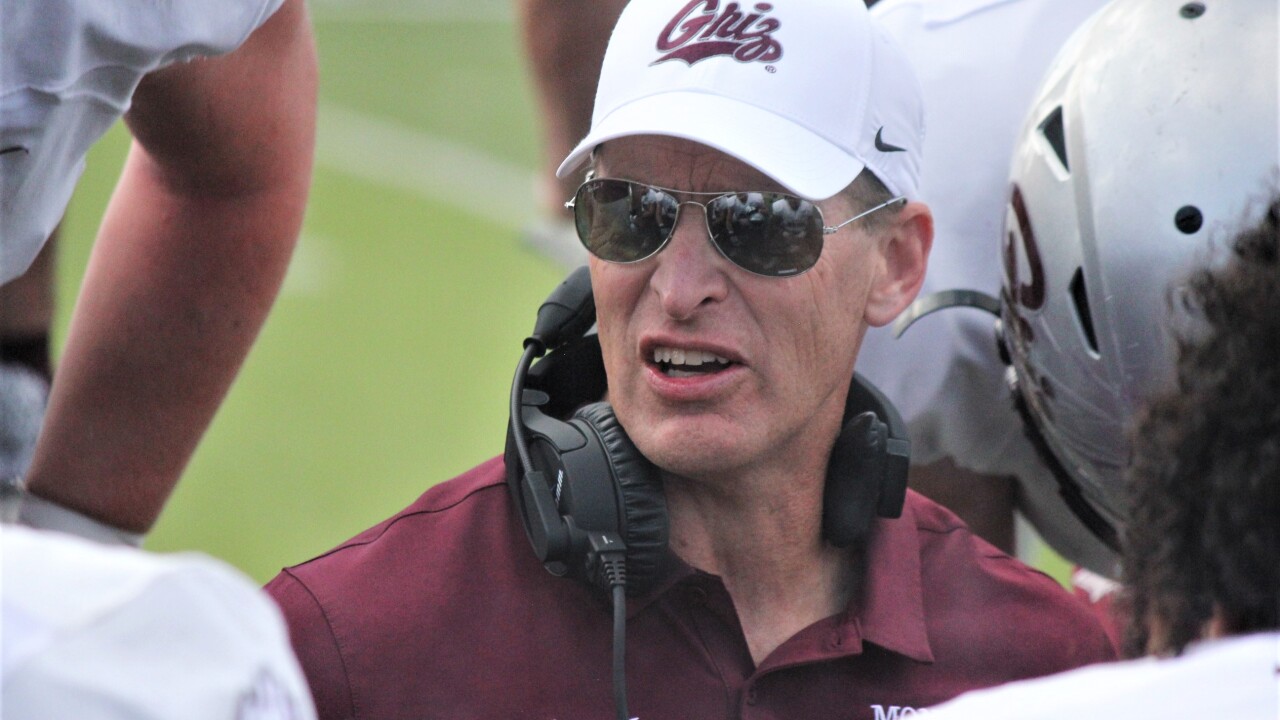 “Saturdays, I’m ready to jump off a building,” said Montana’s head football coach, “so I go fishing instead.”

Hauck’s had plenty of time to reel in another trophy, as he and the Grizzlies have been in a holding pattern for the “last week and a half, two weeks,” Hauck said. Though the NCAA permitted fall football practices to begin on Monday, the Griz haven’t held any workouts or practices while navigating COVID-19 contact tracing.

The Champions Center where Griz student-athletes regularly work out was recently closed after positive cases were discovered on the University of Montana campus. After closing for four days due to precautionary measures, the Champions Center reopened last Wednesday.

“You test negative, you still get quarantined if you’ve got a contact with someone who’s a positive coronavirus tester,” Hauck said. “If nothing’s different in the spring, there’s no way right now we could play.”

The NCAA Division I Board of Directors approved the spring football outline earlier this week. Teams will be allowed to play eight regular-season games in a span of 13 weeks with April 17 set as the final eligible date for regular-season contests. The bracket for the FCS Playoffs will be announced on April 18.

“Do our players want to play in the spring? If they want to play, then I’m all for it. But it’s ultimately up to them,” Hauck said. “As we get into this, the only reason you would play in the spring is the NCAA has got a championship set up. Will 50% of the teams actually play? Because if less than 50% of the teams play, then there won’t be a playoff, there won’t be a championship. And then in my opinion, there’s no reason to play.”

The bracket for that championship has also been reduced, trimming the field from 24 teams to 16, which will include 11 automatic qualifiers.

“They’re giving a bunch of auto-bids to teams that aren’t the best teams in the country, certainly, while reducing the size of the field,” Hauck said, “which I think is just abject nonsense.”

The Griz were one of four Big Sky Conference teams to qualify for the playoffs last year, joining Weber State, Sacramento State and Montana State in the 24-team bracket. All four teams were seeded in the top eight and received first-round byes and second-round home games. Weber State ended Montana’s season in the quarterfinal round.

The Big Sky Conference figures to again be among the best leagues in the entire FCS and remains committed to playing in the spring. A schedule is expected to be announced within the next few weeks, but Hauck said plenty of hurdles still need to be cleared.

“Is playing a spring season physically doable for our guys? That’s a real question,” he said. “Football’s a physically tough sport. Can guys play a season in the spring? How many games is that? How will they do in the fall after playing that? There will be some cost. If teams play in the spring, there will be some cost to performance in the fall.”

Once a detailed schedule is presented, Hauck said his program will discuss and decide whether to participate. If the Grizzlies do play, they’re set up to make another postseason push. They went 10-4 last season in Hauck’s second year back with the program in his second stint at UM. He previously coached the Griz from 2003-09, advancing to the playoffs all seven seasons while playing in the national championship game three times (2004, 2008 and 2009).

“We always expect to win every game, that’s sort of where we start. We got closer to doing that a year ago,” Hauck said. “The thing I like best about this team — well, there’s two things: We’re better up front than our previous two on both sides of the ball, and we’ve got depth and I think really solid personnel at every position. Those are the two things I like best. In terms of some of the great teams we’ve had here in the past, those were two common themes on all of those teams.”

With all that talent, Bobby Hauck acknowledged there are still some “unknowns” with this team, specifically on defense at linebacker and in the secondary. To the outside, quarterback might fall in that category, too, after two-year starter Dalton Sneed graduated, but the coach is confident in his group.

“I like our quarterbacks. I think they’re all in a developmental phase. I think they’ve got great availability,” Bobby Hauck said. “Cam Humphrey’s the one with the most experience, so he’s probably in the lead right now, but the other guys are challenging and it should be a heated competition until we play our next game.”