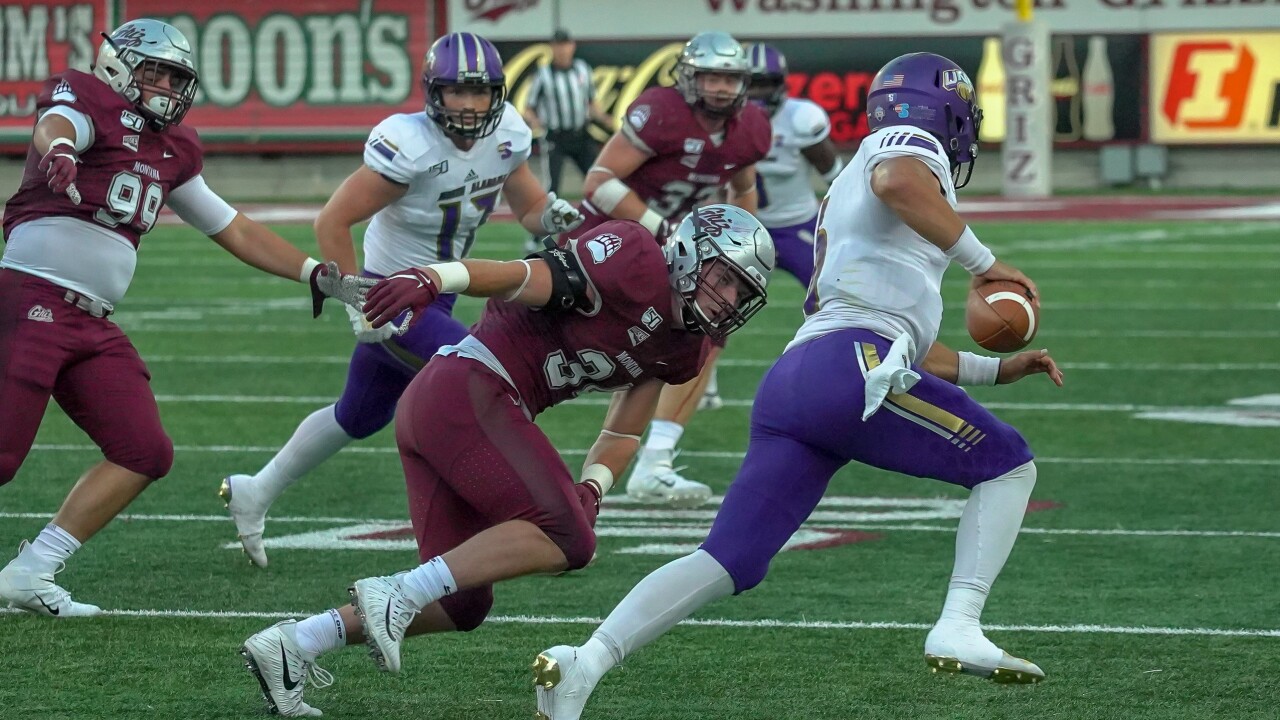 Lewis earned first-team all-conference honors last season when he registered 131 tackles, including 65 solo stops and 12 tackles-for-loss. Lewis will be tasked with helping the Griz defense replace Dante Olson, last year's league defensive MVP and the Buck Buchanan Award winner. In addition to his preseason MVP nod, Lewis was one of six Grizzlies named to the preseason all-conference team on Friday.

"Coming from a small town, you always dream of coming here, making a name for yourself, and representing the town you came from," Lewis said in a Montana media release. "So, that's been the coolest part. I have great players and great coaches around me too. When he got here, I don't think I was that good, but Coach (Kent) Baer pushed me and saw something in me, and I have to thank him for making me the player I am. I'm very thankful for that."

"Jace has done a nice job, first of all, working his way into the lineup, and now working his way into being a marquee player on our team. He's got great playmaking ability. Those guys in front of him are getting better and better, and I think that will help him continue his path to being a major playmaker for the Montana Grizzlies," said UM coach Bobby Hauck.

Barriere, who was a third-team all-conference selection last season, finished second in the FCS in total offense in 2019 with an average of 355.8 yards per game. He closed his junior season with six games of 300 or more passing yards and completed 239 passes without an interception, setting the school’s single-season record for interceptions-to-attempts ratio.

The complete preseason all-conference teams are below.