End of an era: Johnston family nostalgic of basketball journey 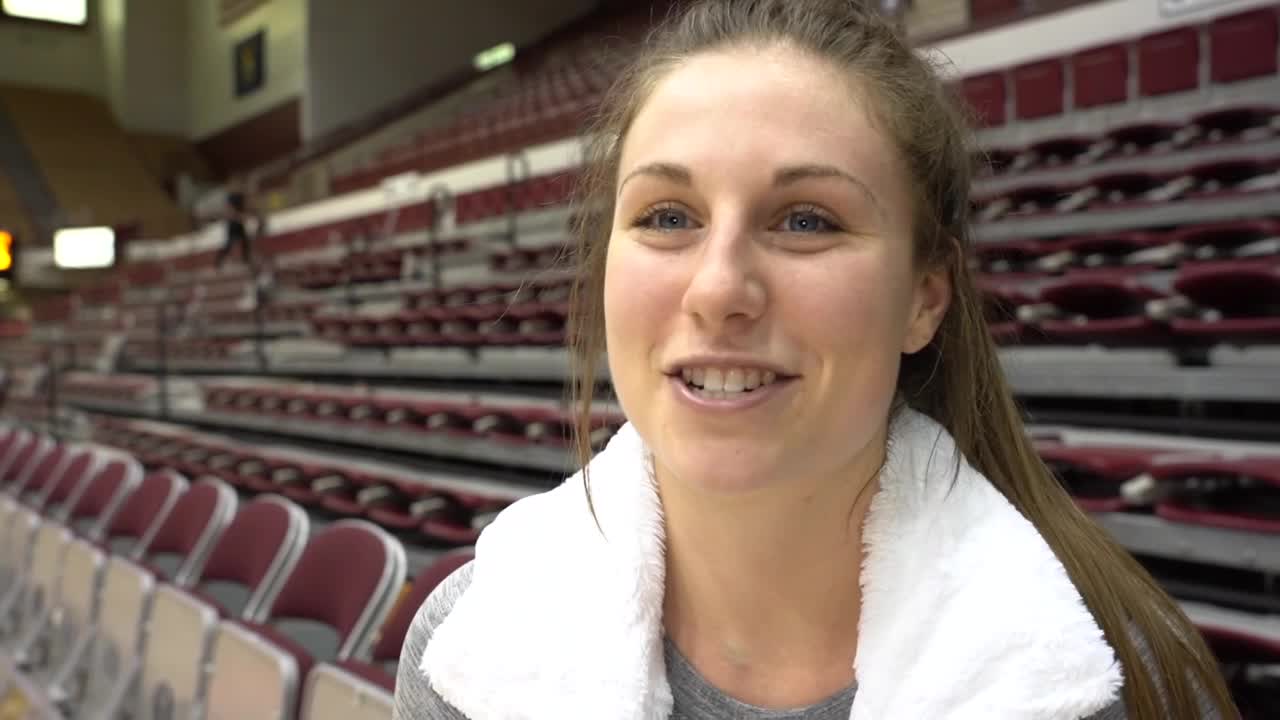 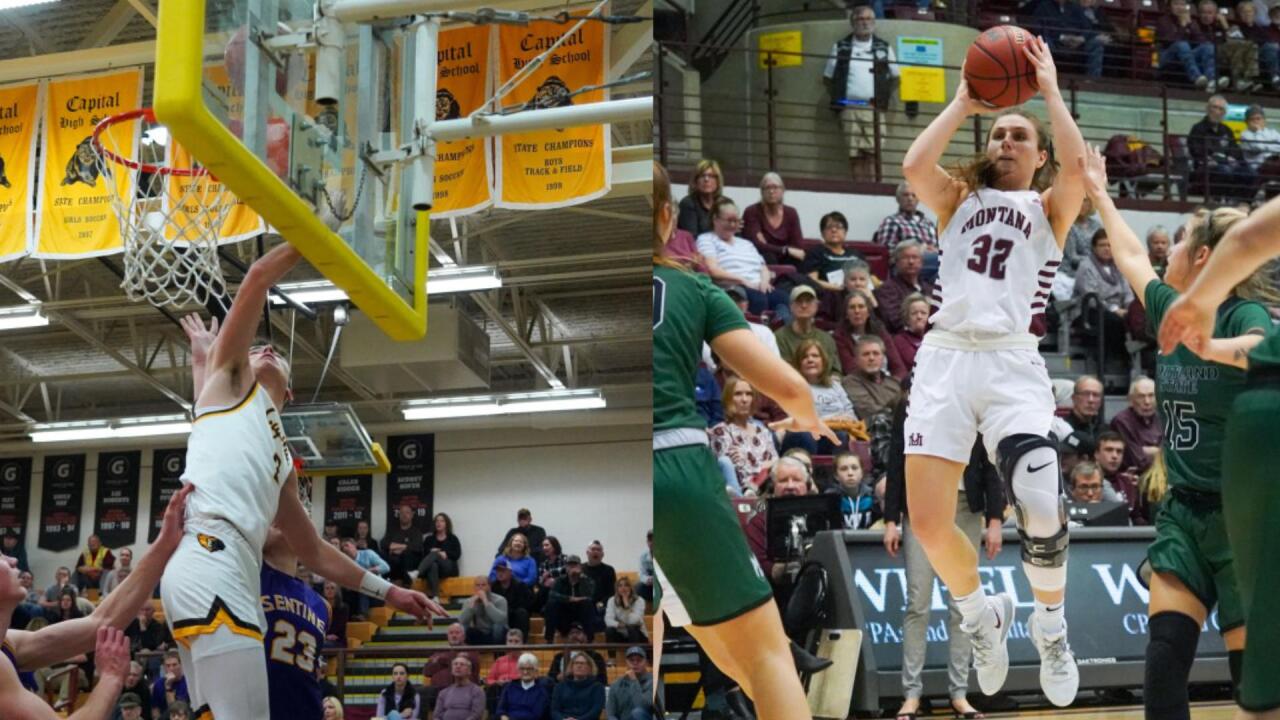 On the court, she’s the prominent leader of the Montana Lady Griz basketball team – the point guard that makes the team flow.

But it’s easier to find Johnston off the court, in the far corner at Dahlberg Arena outside the locker room, with a fan club even professional teams would envy.

Dozens of young fans, mostly female, would swarm the UM senior after games, while her family, also large in numbers, waited patiently nearby, proudly smiling from ear-to-ear.

“That’s the type of legacy I want to leave here. I want people to know I embraced this opportunity as much as I could,” Johnston told MTN Sports after a recent home game. “You’re on a platform where you can make a difference in kids’ lives, you can make a difference. For me, that’s what means the most to me. When I can hang out with kids and they’re just in awe of you, and you don’t understand why, it’s crazy the type of impact you make by just giving them a hug.

“Going to schools and talking to them, they get so excited, they get to come to games. It’s just a fun experience.”

Included in the hundreds of athletes that have looked up to Johnston in her career is her younger brother, Parker, a senior at Helena Capital.

“A lot of kids look up to her. She has a lot of younger fans waiting for her after a game,” said Parker. “A lot of our family lives there, so they go to a lot of her games.”

“Parker, I’ve been proud of him,” McKenzie said. “It’s been fun watching him play. Him and I, we’ve battled all the time, even in the basement playing NERF ball. It’s been fun. I’ve had great role models, with my oldest sister Markki, too. She didn’t play college ball, but she was a rebounding machine in high school and I think I got some of her instincts there. I’m proud of my family. They’ve developed me and made me into the person I am today.”

“My sisters got me into it. My parents did not, I don’t think they played basketball ever. Definitely weren’t good at it, I know that,” laughed Parker. “(My sisters) definitely got me into basketball.”

“She was my role model growing up. She was a post, but she was an undersized post,” recalled McKenzie. “She stopped playing me in one-on-one pretty early. She said she was too busy, too tired. Now I understand. When she was in college I would always want to play with her, but she was like, ‘I can’t. My body can’t take it.’ I was like, ‘Are you kidding me?’ But now I understand. She was such a hard worker, a great leader and when I have questions I go to her for how I should approach things, approach the team. She hasn’t stopped being a role model for me.”

Jordan and Markki were consistently in the crowd at McKenzie’s home games, with multiple other family members – including both sets of grandparents, who McKenzie says are “the first people at the games.”

Parker’s basketball career is guaranteed to come to a close this weekend, though he will play college football at Montana Tech. McKenzie’s immediate hoops future is uncertain, as the Lady Griz fight for a position deeper in the postseason. There’s also the prospect of playing pro ball, overseas or otherwise, though she admits that decision isn’t currently a priority.

“I can’t imagine it with my parents not going to games. It’s hard to picture next year when Parker is playing football and they don’t have any more basketball, I don’t know what they’re going to do,” McKenzie said of Mark and Sheri. “It’s developed into such a huge topic of conversation all the time. I remember growing up, when my oldest sister played, my parents weren’t that into it. Now my parents are talking basketball all the time. They never played, but they’ve learned the game, so it will be hard to step away from that.”

“It went by really fast. It will be really weird, weird for my parents not going to anymore basketball games. Now it’s just football, nothing else after this,” echoed Parker.

For more than a decade, basketball fans in Montana have grown familiar with the Johnston name. From Markki’s prep days to Jordan’s standout years at Capital and Carroll, to perhaps the final weekend of the family’s career with McKenzie and Parker, fans and opponents have recognized and respected their game. But what have they missed off the court?

“I used to pretend I was a werewolf for the longest time, until I was about 12,” Parker said, when asked to divulge something about himself fans wouldn’t know. “I would run around the house barking, come up to my parents and scratch or lick them. It was weird. They still tell stories about that.

“No idea. Every night I would transform. It was weird.”

“I have a really bad shoe obsession. It’s bad. I can’t stop buying shoes,” McKenzie said of her personal secret. “I probably have like 40 Nikes, tennis shoes. It’s probably getting close to 100 (pairs) now. It’s a problem. I was talking with my friends, like, ‘I don’t know what the best way to sell shoes are,’ and she was like, ‘Do you want to?’ ‘No, I don’t want to sell them, but maybe someday when I need some money.’ It’s kind of an expensive obsession.”

An autographed pair just might be the perfect gift for her young fan club 5-10 years down the road when it’s their turn to start Montana’s next basketball legacy.