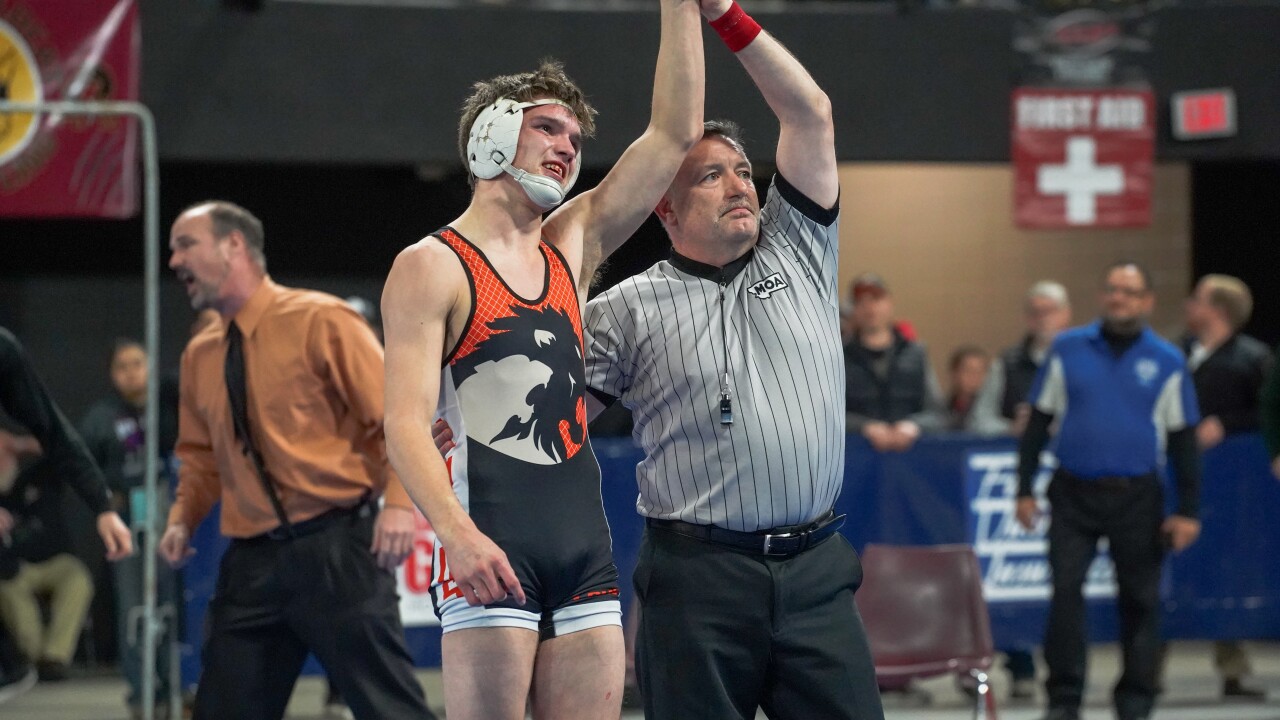 EUREKA -- Baseball has taken Hank Dunn to multiple cities and states for opportunities he otherwise wouldn't have.

Dunn, a standout three-sport athlete from Eureka, is destined to play college baseball at Yakima Valley Community College in Washington come the fall, a feat in itself, especially for an athlete who is known for shining on the football field and wrestling mats.

"I just love it and the whole atmosphere of baseball," Dunn said. "Baseball is just, you can't compare it to anything. It's a game of its own and it's always just been my favorite, my dad's favorite and he's just kind of passed that love down to me and my brothers, for sure.

Baseball is a true passion project for kids like Dunn, athletes who live in small towns in Montana whose opportunities in the sport range from slim to non-existent.

In Dunn's case, from his seventh grade year into early high school he played for the American Legion program in Eureka. In a town of just more than 1,000 people just 13 miles south of the Canadian border, the number of kids out to play is small, so, even at age 13, Dunn was taking on players who were 18 or 19.

But Eureka's Legion program folded after his freshman year of high school, so he opted to head south and play for Kalispell Babe Ruth Baseball and the 15U team that Dunn said ultimately won state. He also spent time with the Montana Regulators out of Kalispell, as well.

In the summer heading into his senior year, Dunn headed four hours southwest to Spokane, Washington, where he lived with his grandfather while playing for the Spokane Crew, a travel team. There, the exposure and competition grew, and Dunn said college coaches were at every tournament and game.

"I just made the most out of that opportunity and got a lot more college looks," Dunn said. "Pretty much I've been traveling for baseball my whole life to find more opportunities than what's presented here, not just in Eureka but in Montana in general.

"I have to make the most of every single opportunity that we get."

And those chances have come in abundance and variety. Dunn travels all over for camps, including ones at Texas Tech, Baylor and a couple over in North Carolina.

All of those travel miles add up, but for Dunn, it's worth it.

Dunn, who works as a server as well, said his parents, Heather and Chad, both of whom are teachers, work summer jobs to help pay for these trips and travel when they can. Dunn credited them to helping make these opportunities possible for him and his younger brother, Danny.

"The seasons definitely get long in the summer, but the grind that comes with it is unreal," Dunn said. "You're outside playing all of the time. I can't really describe it honestly."

But baseball genes do run in the Dunn family as Hank's older brother, James Dunn, played baseball at Dickinson State in North Dakota before that program's funding was cut.

Baseball is a game of failure, where getting a hit in three out of 10 tries is seen as successful. But it's that challenge that endears the game to Dunn.

His potential to quietly be better in baseball than both football and wrestling is remarkable considering just how dominant he was in the latter two sports. Dunn was a four-year starter on the football team at Eureka as the Lions created a Class B dynasty with state championships in 2016, 2017 and 2019. Dunn was a utility man during his football career, starting on defense all four years, was an all-state receiver in 2017 and transitioned to quarterback as a junior and senior. In the 2019 state championship game against Manhattan, Dunn scored all three of Eureka's touchdowns and grabbed two interceptions to guide the Lions to the win.

On the mats, Dunn broke through in February at the state meet in Billings to earn his first individual state championship at 152 pounds in the Class B/C ranks.

According to the school, Dunn leaves Eureka as one of the most decorated male athletes to ever don Lion black and orange. His seven all-state accolades in football and wrestling are the most of any male athlete on top of four team titles -- Eureka won state wrestling in 2017 -- as well as his individual mark. Dunn leaves the school as a standout athlete but wants to be known as someone who was a good student and person, too.

"It means the world," Dunn said of his time at Eureka. "None of it would've been possible without coaches and everything that's been there for me."

Once the fall rolls around, Dunn will be bound for Yakima, where he's excited to get his college career started and see where his two years at community college will take him. The coaching staff, his relationships with some of the players already there and knowing his team prioritizes getting its players to move on to the next level is why he chose YVCC. On the diamond, Dunn said he feels comfortable as a contact hitter and added he feels like he can grow a lot as a defender. Defensively, Dunn is an infielder.

Dunn's future to possibly rejoin the Spokane Crew is currently up in the air due to the coronavirus pandemic, so he's been staying ready and working independently, adding more challenges to his plate. But for a player who has already gone to great lengths to make sure his baseball career marches on despite obstacles, Dunn seems poised to knock it out of the park.