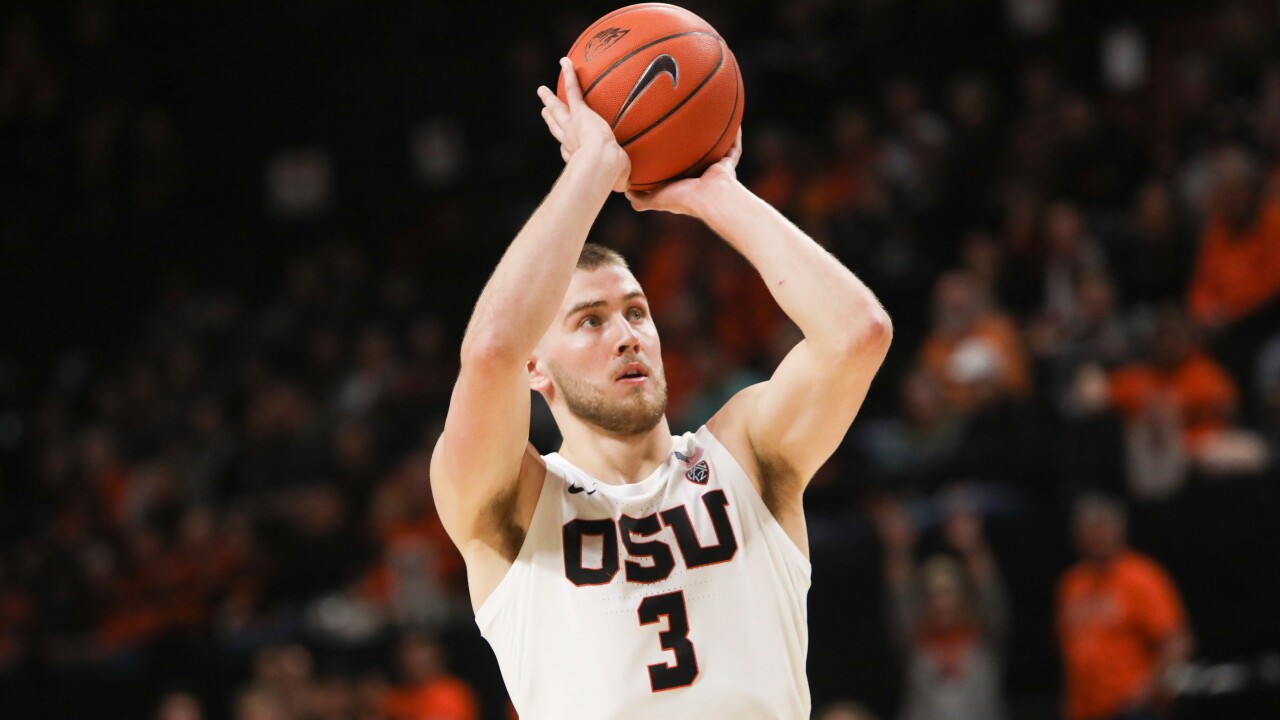 The Lakers are the current defending NBA champions.

"We're extremely excited about Tres' opportunity with the Lakers," Wayne Tinkle told MTN Sports. "They're a world-class organization coming off of a championship, he feels very fortunate."

Tres Tinkle closed out his college basketball career at Oregon State with 2,233 career points to become the all-time leading scorer at OSU under his father. The younger Tinkle played in 126 games at Oregon State, starting in 110, and for his career averaged 17.7 points, 7.0 rebounds and 3.0 assists per game for the Beavers. Tinkle also shot at a 46 percent clip from the field and 33 percent rate from 3-point range.

Tinkle had been training for Wednesday's NBA Draft in Corvallis, Oregon, during the COVID-19 pandemic as the NBA Draft was pushed back from its original date.

An exhibit 10 contract is used as a training camp invitation that guarantees a player up to $50,000 if he is waived and assigned to the NBA team's G League affiliate.

Tinkle, a 2015 graduate of Missoula Hellgate High School, was a two-time Gatorade Player of the Year and helped guide the Knights to the Class AA state title in 2013. For a look at an MTN Sports exclusive series with the Tinkle family from back in February, click here.