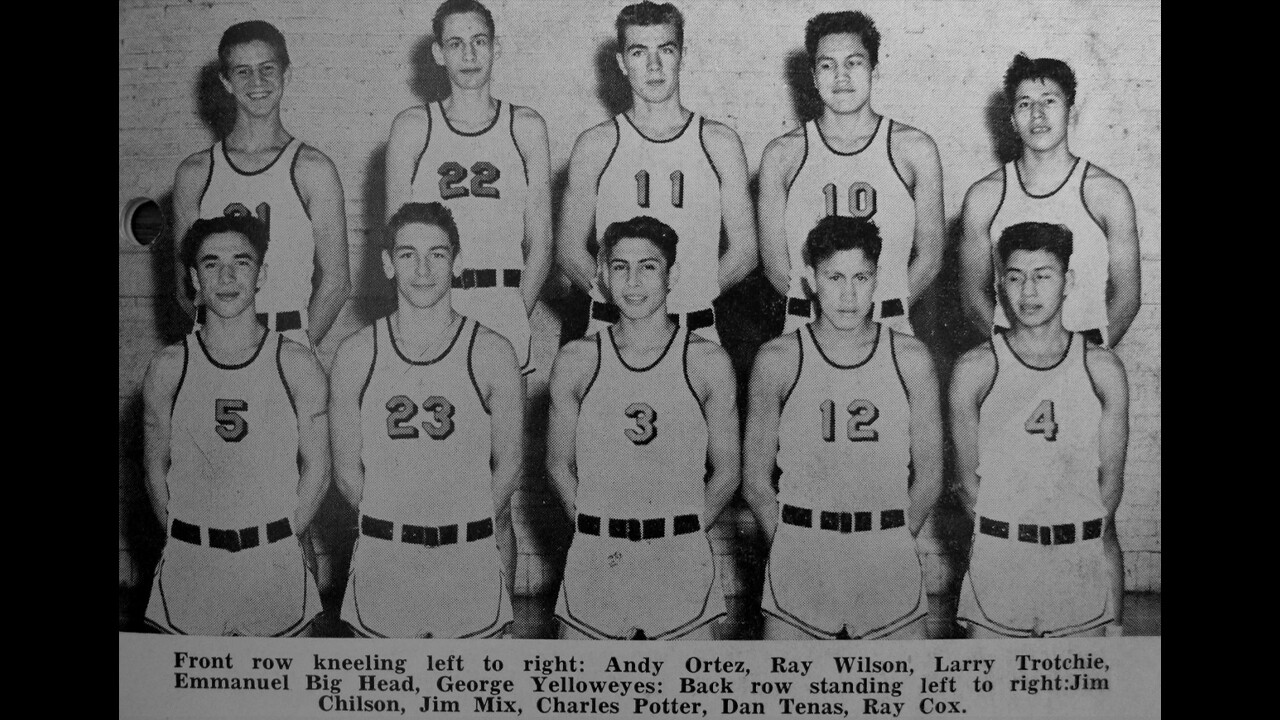 (Editor's note: While we're faced with a sports-less world during the coronavirus pandemic, MTN Sports is going to re-publish the original stories from the #MTTop50, which launched in 2016 to profile some of the great boys basketball players in Montana history. Our intention is not to revise history, so we're not going to change the order in which the players were featured. However, some articles will include updates to reflect the latest developments in a player's career. This story was originally published on July 22, 2016.)

Big men were especially dominant forces on the Montana basketball scene in the 1950s and ‘60s. After all, offensive goaltending was still within the rules and the 3-point line didn’t come into existence until the 1980s.

Though MTN Sports’ look at some of the best players from the era began with Mike Welton, a 6-foot guard at Billings West, versatile post players have been the theme. Willie Weeks could score from inside and out at Wolf Point, Jack O’Connor was a tremendous scorer and rebounder at Baker, and Kermit Young anchored the middle at Fairfield before averaging a career double-double of 19 points and 10 rebounds per game at Montana State.

The final #MTTop50 addition to the 1960s and earlier goes back to the perimeter, though, with George Yellow Eyes, a player known simply for his ability to put the ball in the basket – no matter where he was on the court.

Standing only 5-foot-7 – generously, according to some of those who watched him play – Yellow Eyes is the shortest player in the #MTTop50. He was an outstanding shooter and displayed uncanny quickness, earning all-state honors in both 1958 and 1959 at the Miles City State School. Yellow Eyes helped the team advance to the Class C state tournament both of those years, averaging better than 23 points per game during the 1958-59 season. In only three games at the 1959 state tournament, Yellow Eyes scored 103 points, including 46 against Belgrade in a 76-71 win. It’s said he scored eight points in less than a minute in that game to help Miles City secure the win. Yellow Eyes was inducted into the Montana Indian Athletic Hall of Fame in 2009.

Former basketball coach and MHSA executive director Jim Haugen: “He was a tremendous outside shooter, I guess comparable to Elvis Old Bull if they had 3s at that time. They kind of got in the tournament at the time when there were really good ball clubs. And I think probably that was the first time a state school was there, and I’m not sure of that. But that Class C tournament here always had a lot of parity, because it was hard to get here like it is in B and C now. People forget, too, that a lot of C schools have never been to a state tournament. But George Yellow Eyes could shoot and he shot from outside a lot."