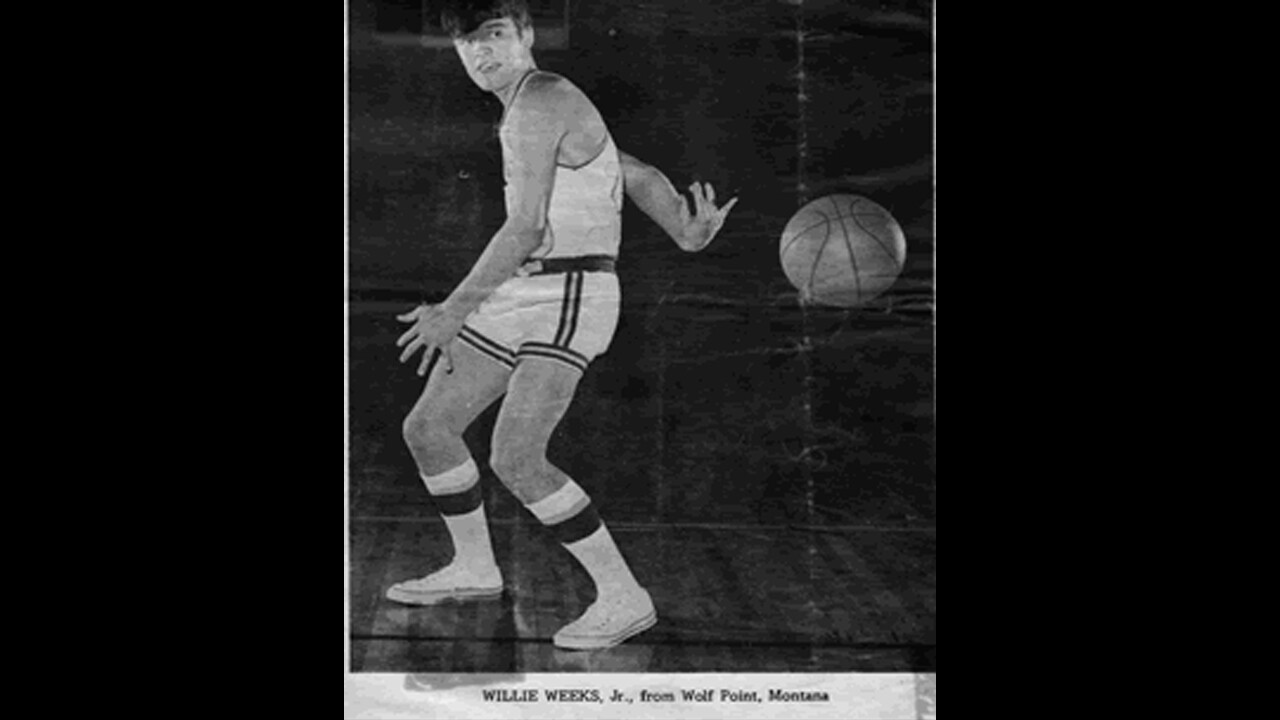 (Editor's note: While we're faced with a sports-less world during the coronavirus pandemic, MTN Sports is going to re-publish the original stories from the #MTTop50, which launched in 2016 to profile some of the great boys basketball players in Montana history. Our intention is not to revise history, so we're not going to change the order in which the players were featured. However, some articles will include updates to reflect the latest developments in a player's career. This story was originally published on July 19, 2016.)

Though the 3-point line didn’t exist in the 1960s, teams scored a lot of points. Some of the great scorers in Montana’s history – like Billings West’s all-time leading scorer Mike Welton – played in the decade. More players from the 1960s, ‘50s and beyond will be featured in MTN Sports’ countdown of the top 20 basketball players of all-time, regardless of era.

The #MTTop50 continues in the ‘60s with a look at another one of those elite scorers. Willie Weeks starred at Wolf Point and then Montana State.

Weeks was an outstanding athlete at Wolf Point in the late 1960s, but he was foremost a basketball player. Alongside his brother, John, Weeks helped lead the Wolves to the Big 32 championship as a junior in 1968. He was named MVP of the tournament, and twice earned all-America honors as Wolf Point compiled a 43-8 record during his junior and senior seasons. Weeks also played in the 1969 East-West Shrine Football Game before continuing his basketball career at MSU. He was an all-Big Sky Conference selection during the 1970-71 season when he averaged 19.9 points per game. His 18.1 ppg over his career rank fourth in Bobcat history. Weeks, who was inducted into the Montana High School Association Hall of Fame in 2007, penned a letter to Sports Illustrated in 1991, saying, “No other Indian player in Montana has played the caliber of competition I faced, such as the late Pete Maravich of LSU and James Edwards of University of Washington, who now plays for the Detroit Pistons. I received a written invitation to try out with the San Diego Conquistadors of the old ABA, while Wilt Chamberlain coached the team. Alcohol and drugs, however, cut my career short as, after several knee operations, I sought relief and false escape.”

Former Sidney basketball coach and MHSA executive director Jim Haugen: “Willie could really score. … More teams ran then, more coaches ran, and (coach Ron) Harcharik really ran. And Willie shot from out, he drove, he could post up when (brother) John (Weeks) wasn’t in there. (Willie) just did all kinds of things. Willie was a phenom at that age. He was really fun to watch, and Wolf Point was kind of an anomaly at that time. We forget, too, that three out of those seven years, I guess it was, that we had the Big 32, (Class) A schools won three of those. And, boy, Wolf Point was really good, and they just about won it again the next year, too. Just awfully good teams. … I don’t think there was quite as many big kids at that time, but Willie was an anomaly in that, at that time, there weren’t many big kids that ran like he did and could score from different places. So that was different for that time, because we didn’t have a lot of 6-(foot)-5, 6-6, 6-7 kids. There were teams that had one. When you had two like Wolf Point did, that was a rarity.”