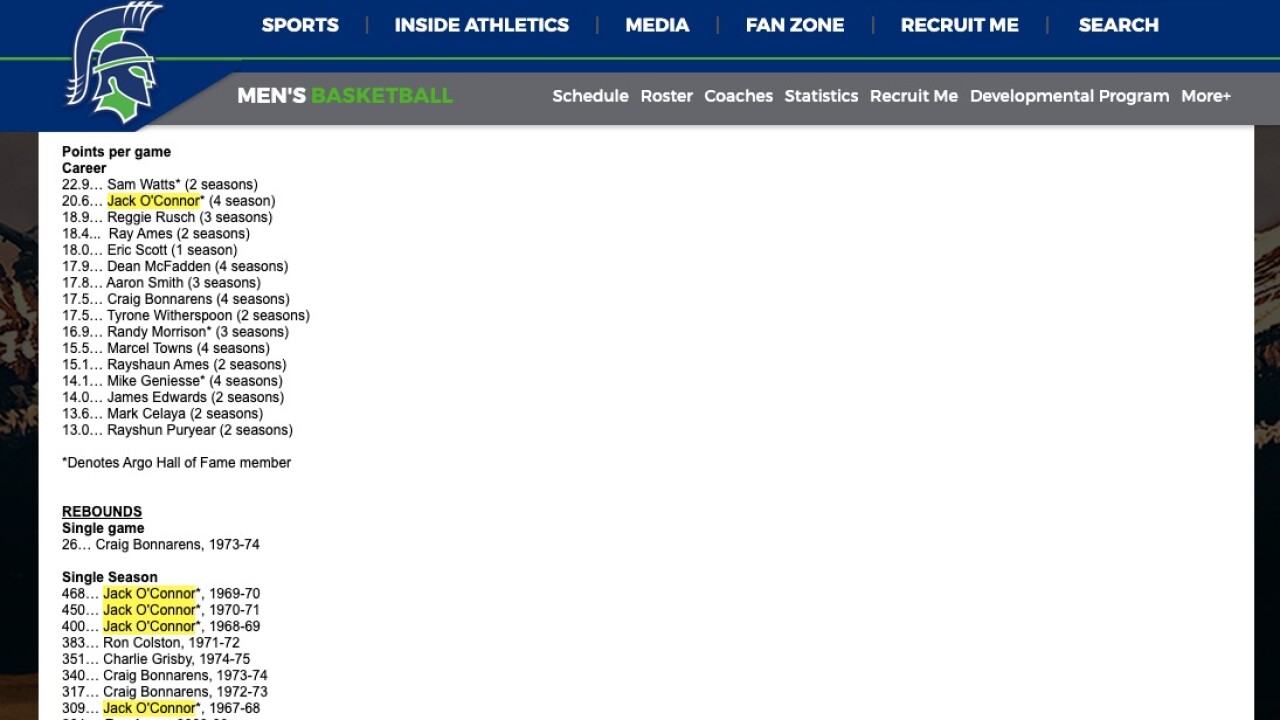 (Editor's note: While we're faced with a sports-less world during the coronavirus pandemic, MTN Sports is going to re-publish the original stories from the #MTTop50, which launched in 2016 to profile some of the great boys basketball players in Montana history. Our intention is not to revise history, so we're not going to change the order in which the players were featured. However, some articles will include updates to reflect the latest developments in a player's career. This story was originally published on July 20, 2016.)

The 1960s featured some of the greatest basketball players in Montana history, both on the perimeter and on the interior.

Mike Welton, Billings West’s all-time leading scorer, did most of his damage on the perimeter. Willie Weeks was a versatile threat, playing inside and out at Wolf Point. Those two began MTN Sports’ look at some of the best basketball players from the 1960s, ‘50s and beyond.

The #MTTop50 now continues with a player who did his work in the paint – 6-foot-8 Jack O’Connor from Baker.

In an era where big men dominated the game – the 3-point line didn’t yet exist and offensive goaltending was within the rules – O’Connor was one of the best at Baker and later the College of Great Falls (now University of Providence). He helped guide the Spartans to the state tournament in 1966 and is still in the Montana High School Association record books, owning the third-best single-game rebounding mark with 36 boards against Fairview in a 1966 game. O’Connor is second on the Spartans’ career scoring list and has two of the top three scoring single seasons in program history. He followed his solid career at Baker with a tremendous college career at Great Falls. He’s the Argos’ all-time leading scorer (2,223 career points) and rebounder (1,627 career rebounds) and is the only player in program history to corral 400 or more rebounds in a single season, which O’Connor did three times. He averaged 23.0 points per game during the 1967-68 season and 20.3 ppg the next year. His 20.6 ppg career average ranks second in program history. The Argos qualified for the NAIA national tournament in 1971, and O’Connor was selected by the New York Knicks in the NBA draft that March. After being cut by the Knicks, O’Connor told Scott Mansch of the Great Falls Tribune that he tried out with the NFL’s Miami Dolphins, despite not playing college football. O’Connor played semi-professional basketball in Europe for a few years, and is now back living in the Baker area.

Former Great Falls High and Montana State star Tom Storm: “I think he showed more at Great Falls. I didn’t ever remember seeing him in high school or anything. Of course, he was a few years behind me. He got real dominant in college. … He was the best in the Frontier Conference. I mean, he was really good. Yeah, he was. He was tough, boy. He could hit his free throws good, and he got to the free throw line a million times. (Ray) Dodds was my high school coach, and then he was the one who coached O’Connor in college.”