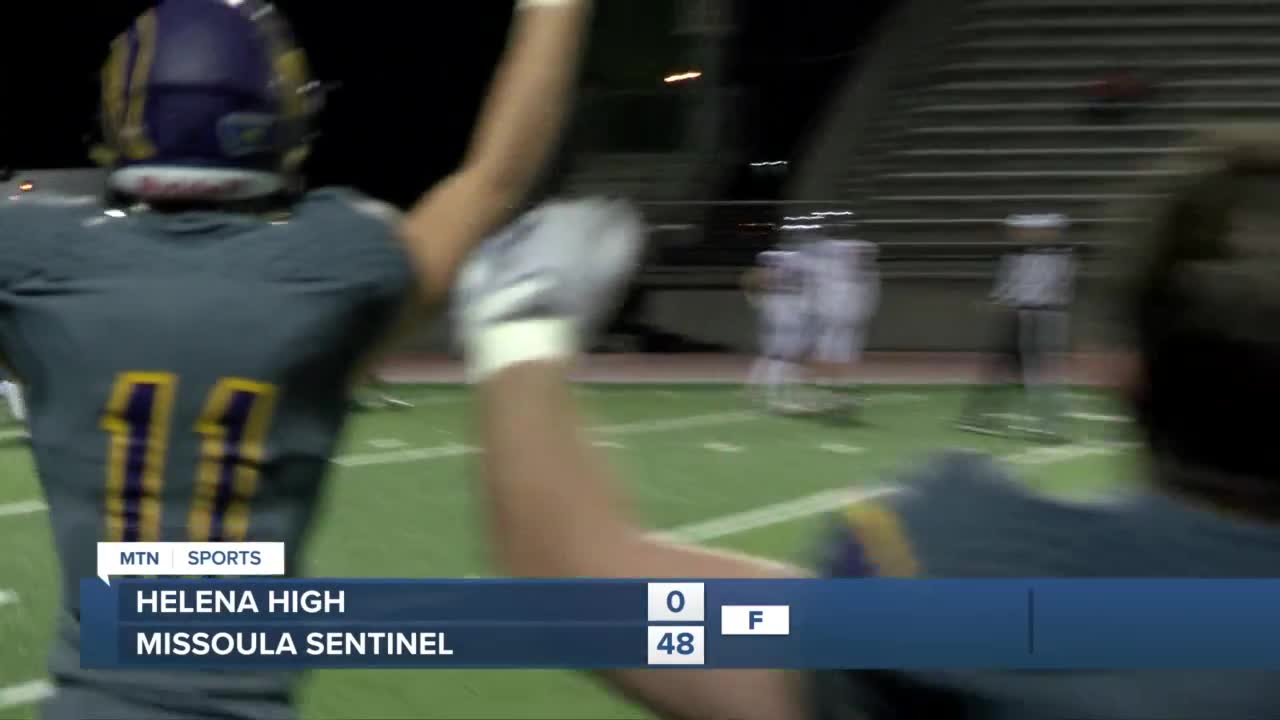 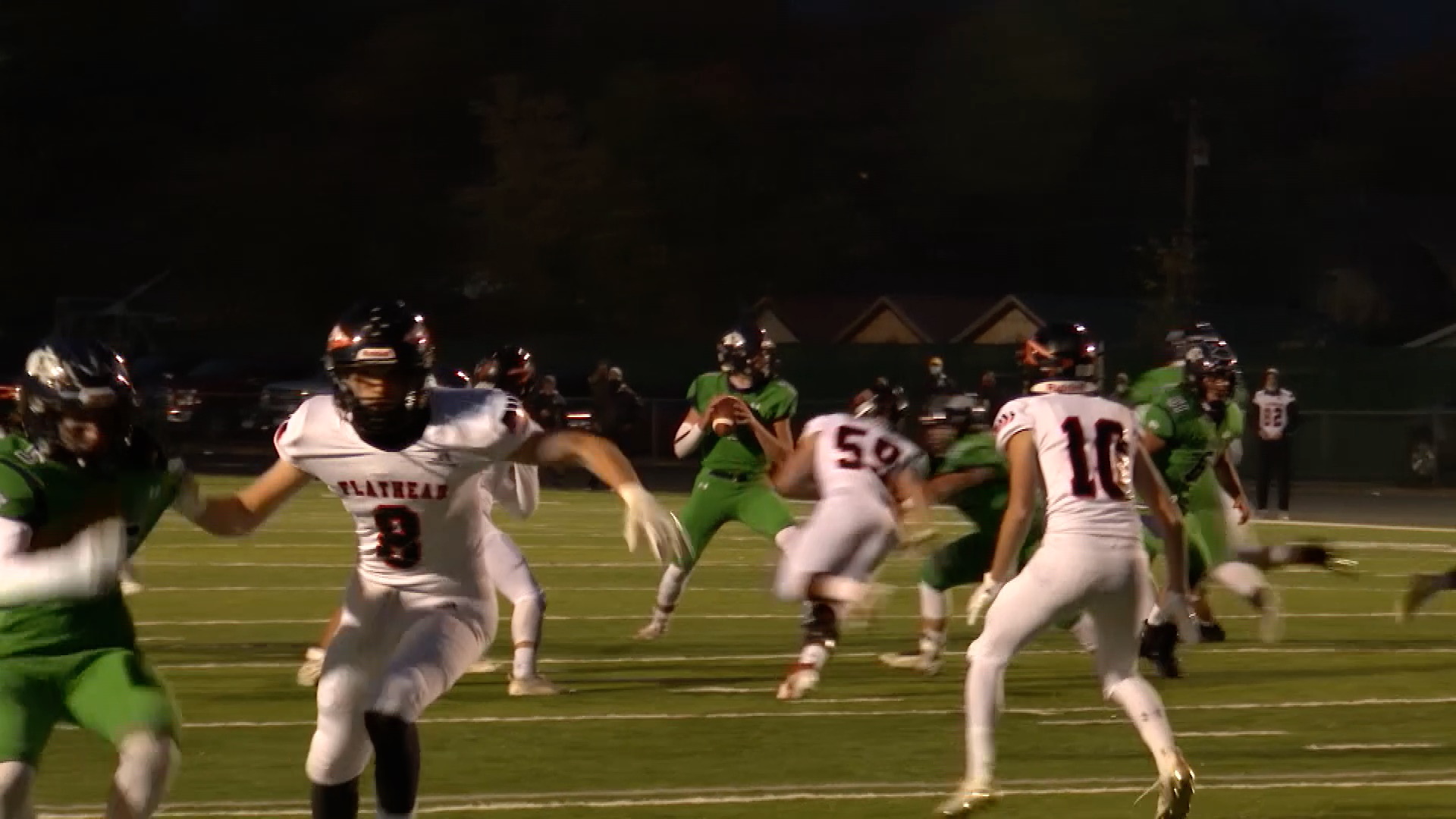 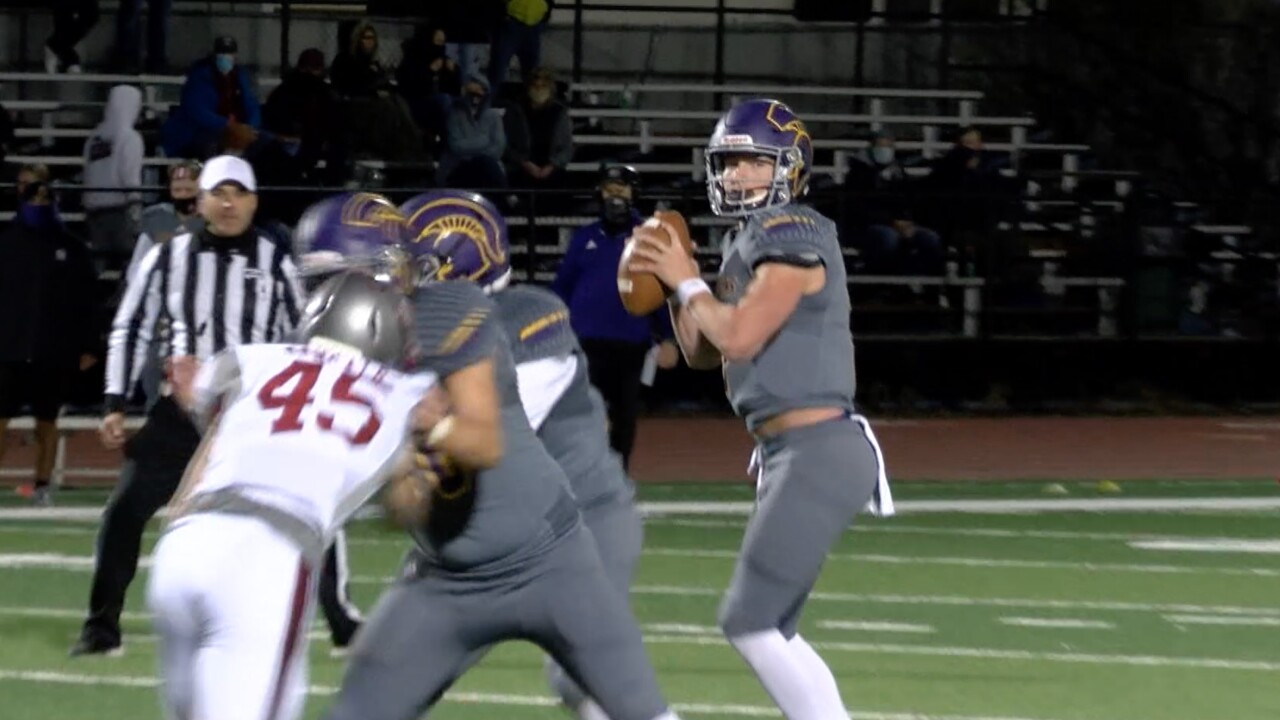 In a highly anticipated matchup of Western AA football unbeatens on Friday, Missoula Sentinel displayed its dominance in a 48-0 romp over Helena High on Friday. Camden Sirmon had a hand in four touchdowns -- one rushing and three passing -- for the Spartans, and Haiden Crews caught two TDs.

The Bengals entered Friday's game with a well-regarded defense, but it was the Spartans who made splash plays and turned Helena turnovers into points. Sentinel jumped out to a quick 14-0 lead after the first quarter thanks to two touchdowns off Bengal turnovers. The Spartans' first score -- a Camden Sirmon 29-yard run -- came off a fumble forced by Soren Syvrud and recovered my Connor McCarthy. On the first play of the next Helena drive, McCarthy intercepted Helena quarterback Kaden Huot, and Sentinel's offense was again in business. This time, Dayton Bay found a wide-open TJ Rausch for a 15-yard score.

In the second quarter, Rausch scored his second TD of the game, this one coming on a pass from Sirmon on 4th and 24 from the Helena 27 as the Spartans opted to go for it rather than settle for a field goal. Sirmon closed the second quarter with an 18-yard strike to Crews, and Sentinel went into halftime with a 28-0 lead.

The third quarter brought more of the same. Bay found Jace Klucewich for a 6-yard touchdown, and then -- after Rausch recovered another Helena fumble -- Sirmon connected with Crews again, this time on a fourth-and-goal play from the 3-yard line. That score extended Sentinel's lead to 42-0, which gave the Spartans a running clock entering the fourth quarter.

Kellen Curtiss added the insurance touchdown on the final play of the game for the Spartans. Sentinel racked up 362 yards on offense while stalling Helena for just 165. Crews, Rausch and Klucewich all went for 50-plus yards receiving while Bay finished 8 for 10 through the air for 97 yards, two touchdowns and one interception. Sirmon finished 6 for 8 for 75 yards and three touchdowns through the air and added 80 yards on the ground while Donovan South tallied 67 more yards rushing.

"I thought we had an edge," Sentinel coach Dane Oliver said. "It's a group that if they hear anything negative it really bothers them and they want to prove people wrong and so as a football team they're doing that right now."

Huot exited the game in the second quarter after a big hit from Sentinel's Charlie Kirgan and was evaluated for a head and wrist injury. He finished the game 6 for 8 for 35 yards and one interception while his replacement, Dexter Tedesco, finished 5 for 5 for 53 yards.

The win moves Sentinel to 6-0 and into solo first place in the Western AA. The Spartans wrap up their regular season next Friday at Kalispell Glacier.

Helena, meanwhile, falls to 5-1 and will play crosstown rival Helena Capital next week.