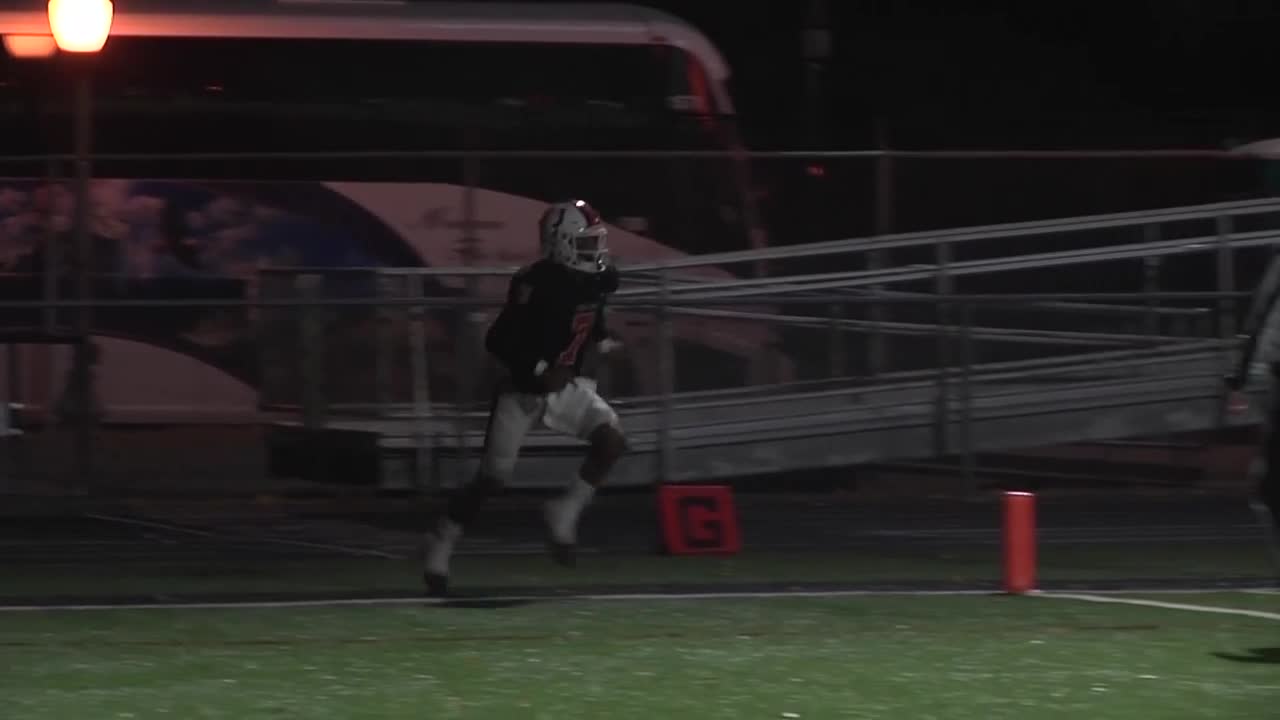 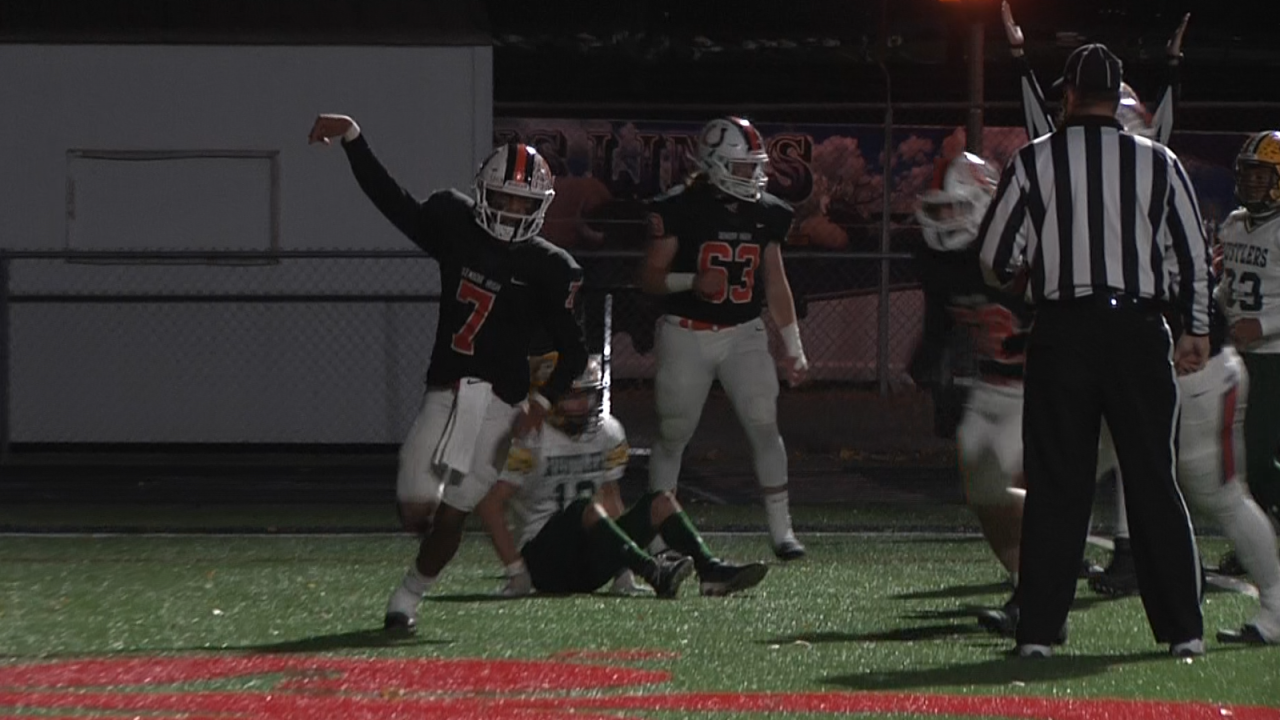 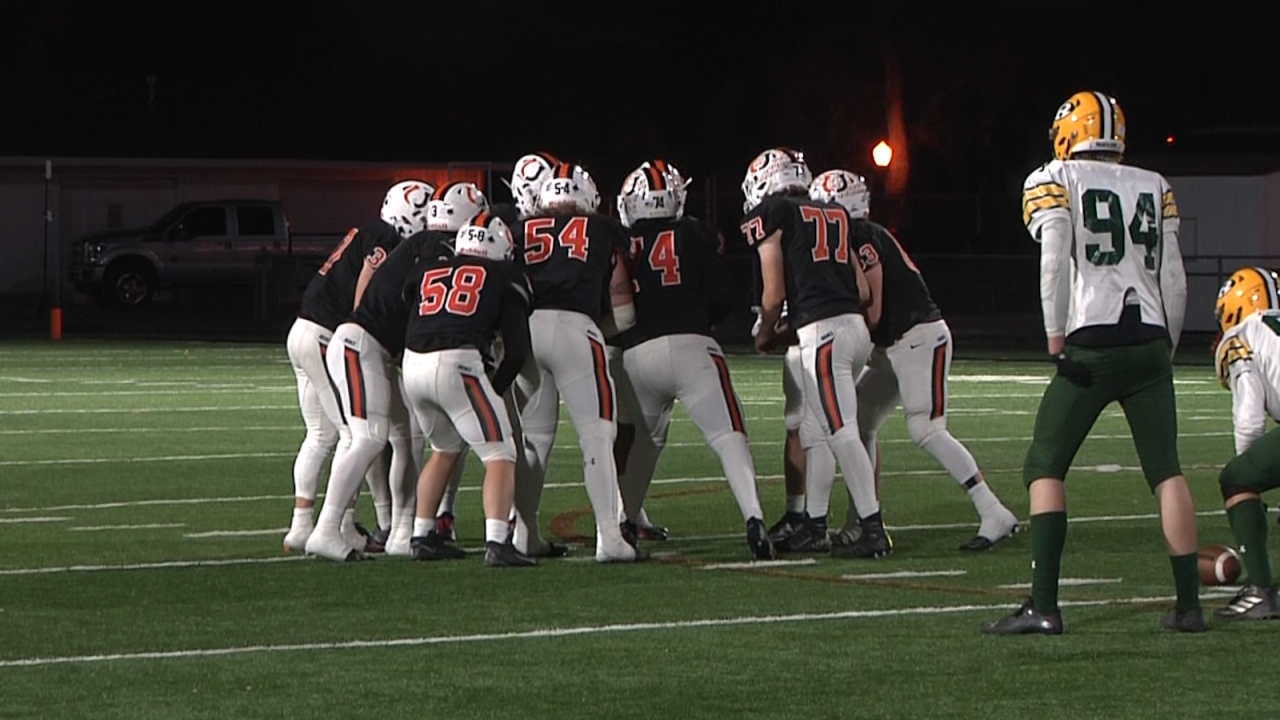 Billings Senior got five total touchdowns out of Junior Bergen on Thursday night to help the Broncs to a 48-22 win over Great Falls CMR in Eastern AA football action at Daylis Stadium.

Bergen opened the scoring by rolling to his left and firing a 15-yard touchdown pass to Jacksen Burckley on Senior's second possession. The Senior offense bogged down a couple times early in the game, but Bergen seemed to wake it up for good with his second touchdown of the opening quarter -- a 54-yard scamper evading multiple tacklers.

"These guys have big goals. When things aren't being executed the way they want, they hold each other accountable," Billings Senior head coach Chris Murdock said of Senior's relatively sluggish start. "We would have great plays where all 11 guys would be doing the right thing, then all of the sudden one guy takes a play off or has a mental letdown and it costs the drive."

The Rustlers would briefly cut into Senior's lead on a 1-yard touchdown run by quarterback Raef Newbrough with 4:36 left in the first half, but the Broncs would answer before the halftime horn. Bergen fired his second touchdown pass of the first half to Burckley, this from 23 yards out, to put the Broncs up 20-7 at the break.

Senior then used a little trickery to score its first points of the second half. Facing fourth down in CMR territory, quarterback-turned-tight end Michael Ohlin lined up at quarterback for the Broncs. Ohlin dropped the ball perfectly over two defenders into Bergen's waiting arms in the corner of the end zone to put Senior up 27-7.

"One of our core values is the brotherhood. The guy that epitomizes that, I think, is Michael Ohlin, who we moved from quarterback to tight end. He got to throw a touchdown pass (Thursday)," Murdock said. "Nobody is more excited for his teammates than (Ohlin) is. (Ohlin's) job has changed. He's done what's best for the team, not what would be ideal in his mind. It's been fun to watch and I'm extremely proud of him. He's basically an (offensive) lineman in our offense. ... That was a great throw by (Ohlin). It's not like he warmed up to do it. He can throw the ball. He threw a dime. But, of course, you can't really throw a bad ball to (Bergen).

After an interception by Malikye Simpson set Senior up inside the red zone, the Broncs went to the Rambo package, where Bergen scored on a 5-yard run for his fifth score of the evening. A 62-yard run by Jacob Miller and a punt block returned for a touchdown by T.J. Smith capped the scoring for Senior. Newbrough and Jackson Simonson added touchdown runs for CMR.

Next up for Senior (5-1) is a date with Bozeman Gallatin next week. Great Falls CMR (2-4) will face crosstown rival Great Falls High.