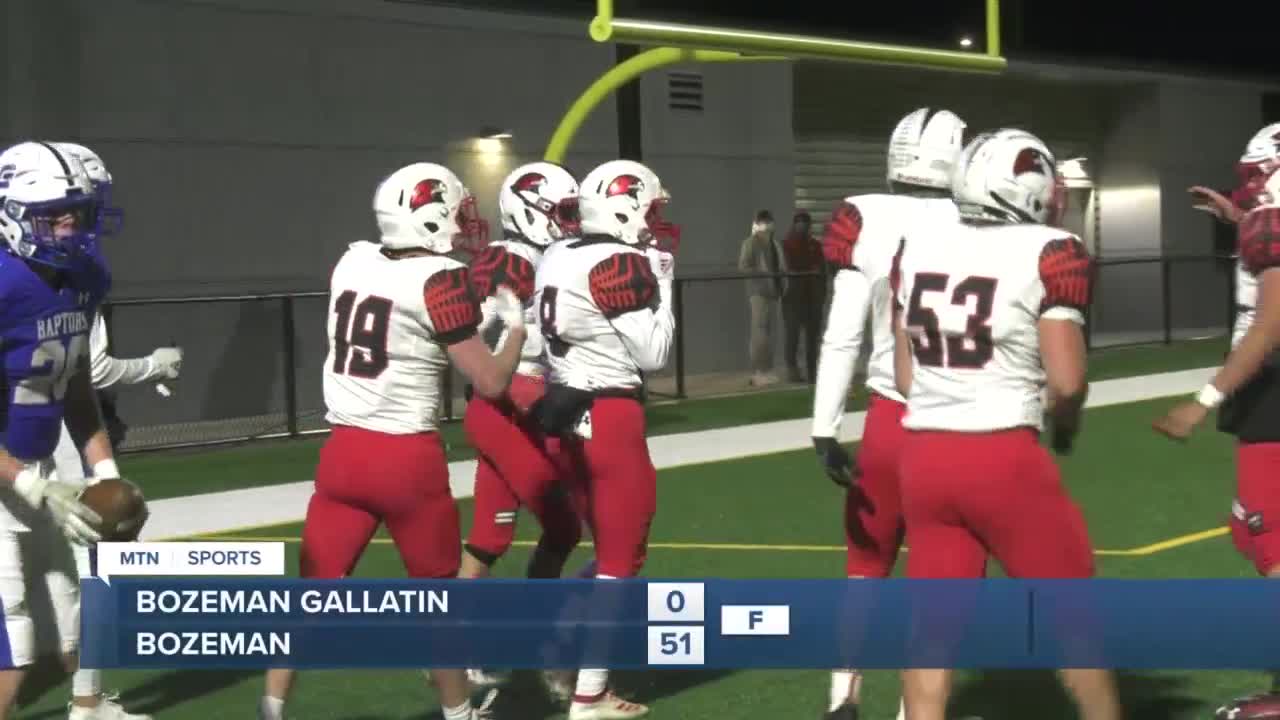 BOZEMAN — With no NFL taking place on Thursday night, it was a good night to watch some some high school football as Bozeman High took on Bozeman Gallatin for the schools' first-ever in-town rivalry game.

Gallatin was looking for its second win of the season, and Bozeman would be trying to win its fourth straight.

On the first play of the game, the Raptors fumbled the snap, and the ball bounced around but eventually ended up in the hands of the Hawks' Kenneth Eiden IV, who returned the turnover for a touchdown to give Bozeman a quick 7-0 lead. The Hawks would never look back, cruising to a 51-0 Eastern AA win.

On the next possession, Gallatin quarterback Garret Dahlke fumbled the snap and was hit by Eiden, a Montana State commit, as he tried to recover it. Bozeman gained possession of the fumble inside the Raptors' 10-yard-line, and, on the very next play, Hawks quarterback Jordan Jones found Tucker Macbeth in the end zone. That was Macbeth's seventh receiving touchdown of the year.

The Raptors would turn it over again on the next drive as Dahlke heaved one up, but Macbeth came down with the interception.

A few plays later, Bozeman running back Jess Wattenbarger punched it in on the ground from a few yards outside the end zone. That gave the Hawks a 21-0 lead with the game still in the first quarter.

Later, Jones took the option play and dished it to Wattenbarger, who made a couple nifty moves, eventually making his way into the end zone for his sixth rushing touchdown on the year.