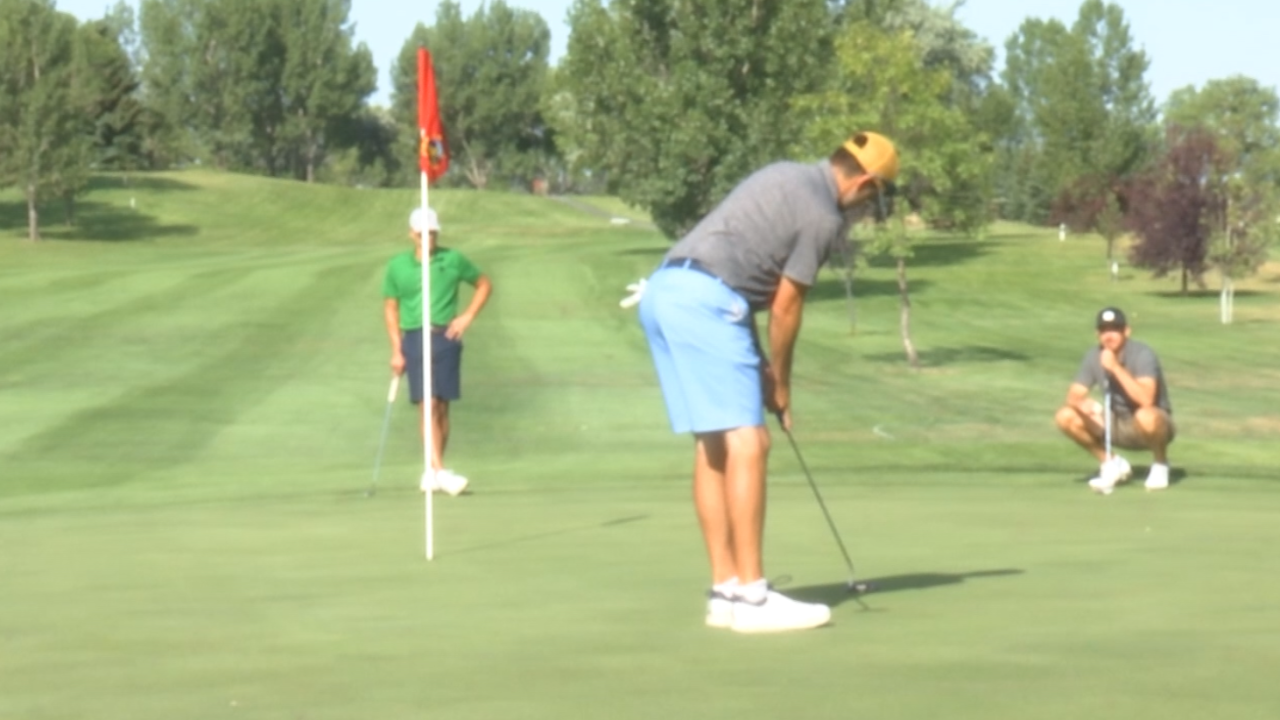 Laurel's Nathan Bailey fired a 4-under-par 68 on Thursday on his home course, Laurel Golf Club, to grab a three-shot lead after Day 1 of the Montana Men's Mid-Amateur golf tournament.

Bailey, who won three consecutive Men's State Amateur titles from 2010-12 and is the current Laurel club champion, got off to an inauspicious start, picking up one birdie and one bogey to card an even-par 36 on the front nine.

He cranked it up a notch on the back nine, though. Bailey sailed his second shot on the Par-5 11th past the hole and had to hit from in the trees, but he chipped up the hill to within five feet, which seemed like the birdie he needed to turn the corner.

Bailey's round of 68 was the only round in the 60s on Thursday, as he holds a three-shot lead over 2020 State Amateur champion Jake Hedge of Billings and 2018 Mid-Am champion JimBob Coleman of Billings. Both Hedge and Coleman shot 1-under 71s.

Three-time State Am champion and defending Mid-Am champion Josh Hedge of Billings is in a tie for fourth with Brandon Davison of Livingston, who won the 2003 Men's State Amateur, and Bozeman's Joey Lovell after shooting an even-par 72.

The lead groups will tee off around 1 p.m. on Friday afternoon. Bailey will be in the day's final grouping with Josh Hedge, Coleman and Tommy White, who shot 73 on Thursday.

The full and updated leaderboard of the 2020 Men's Mid-Am can be found here.