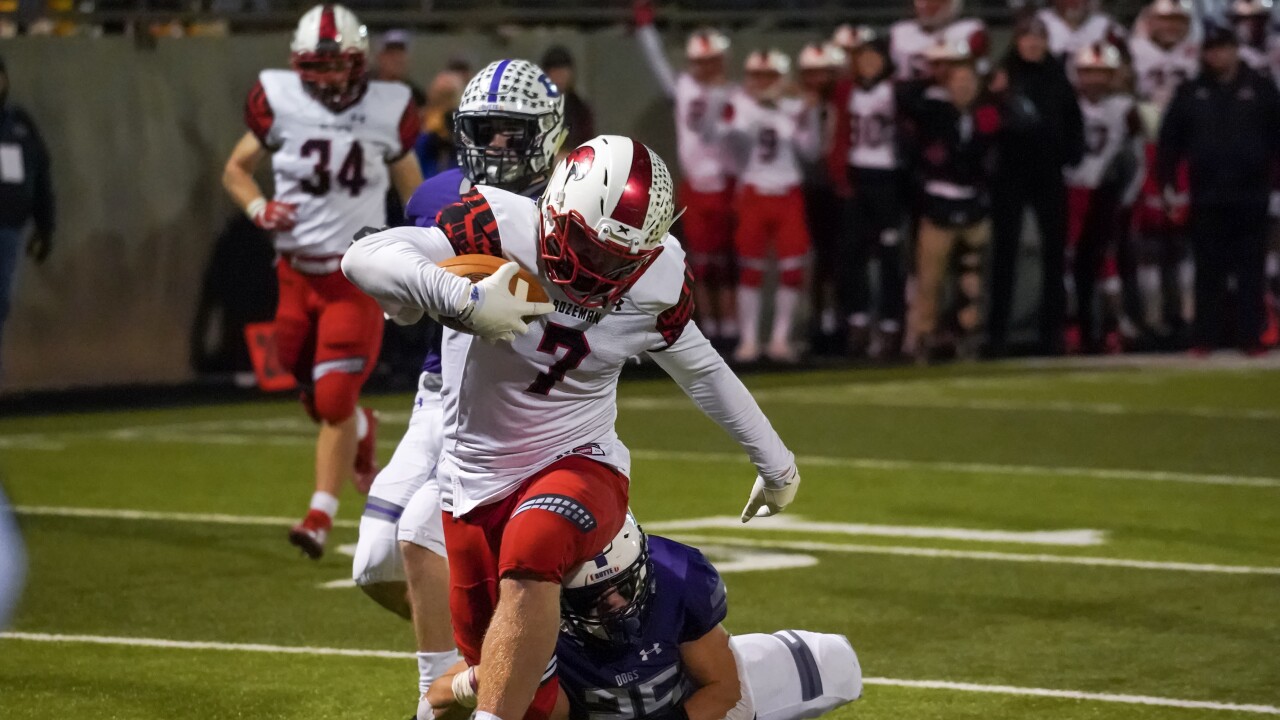 BOZEMAN -- Montana State continued its scorching start to the 2021 recruiting class on Monday, landing a verbal commitment from Kenneth Eiden IV of Bozeman.

Eiden, one of the Treasure State's more highly sought recruits, announced his commitment on Twitter, writing, "Very excited to announce my commitment to (Montana State) ... Thank you for this incredible opportunity. I am grateful to be able to pursue my academic & athletic goals as a Bobcat!"

“I just really felt like (Montana State defensive coordinator) Kane Ioane and (head coach Jeff Choate) were my best fit and they’re super awesome guys, and I just felt like the most at home here talking to them," said Eiden. "My dad played here and he lives just down the road with us and he’ll be able to come to every single home game and I just really love the culture here.”

Despite playing on offense and defense for Bozeman High, Eiden will be playing defense for MSU and is looking forward to following the footsteps of his father.

“I get choked up about it," said his father, Ken. "He’s worked so hard, all of us -- it’s a team effort to get to this point, both academically and athletically. It’s amazing.”

The three-star player also received a lot of praise from his current coach, Levi Wesche.

“The kid's pretty special wherever he puts his hand down," Wesche said. "Incredible motor, incredible effort all the time, he does it the right way, obviously pretty proud of him and the way he represents Hawk football.”

The commitment is a relief for Eiden. Now he can just focus on the season ahead and playing with his teammates, but he did want Montana State fans to know a few things.

Eiden, a 6-foot-1, 230-pound pass rusher, has produced back-to-back monster seasons the past two falls for the Hawks, accumulating a combined 36.5 sacks and 79 tackles-for-loss, according to MaxPreps.com. After helping Bozeman to an 11-1 record and the Class AA state championship last fall, Eiden earned the classification's defensive MVP honor. He led the Hawks with an astonishing 41 tackles-for-loss and 15.5 sacks. His 94 total tackles ranked third on the team. Eiden was also a key player on offense, scoring 14 touchdowns and earning first-team all-state honors at tight end.

Eiden's commitment is the eighth known in-state 2021 commitment for the Bobcats. Eiden joins Elijah Reynolds of Red Lodge, Eli Aby of Laurel, Jace Fitzgerald of Dillon, Jace Fisher of Troy, Kade Cutler of Drummond-Philipsburg, Paul Brott of Billings West and Neil Daily of Billings West in committing to MSU. Montana high school football teams have started practices for the 2020 season, which will begin in September for Bozeman and the rest of the Class AA schools.