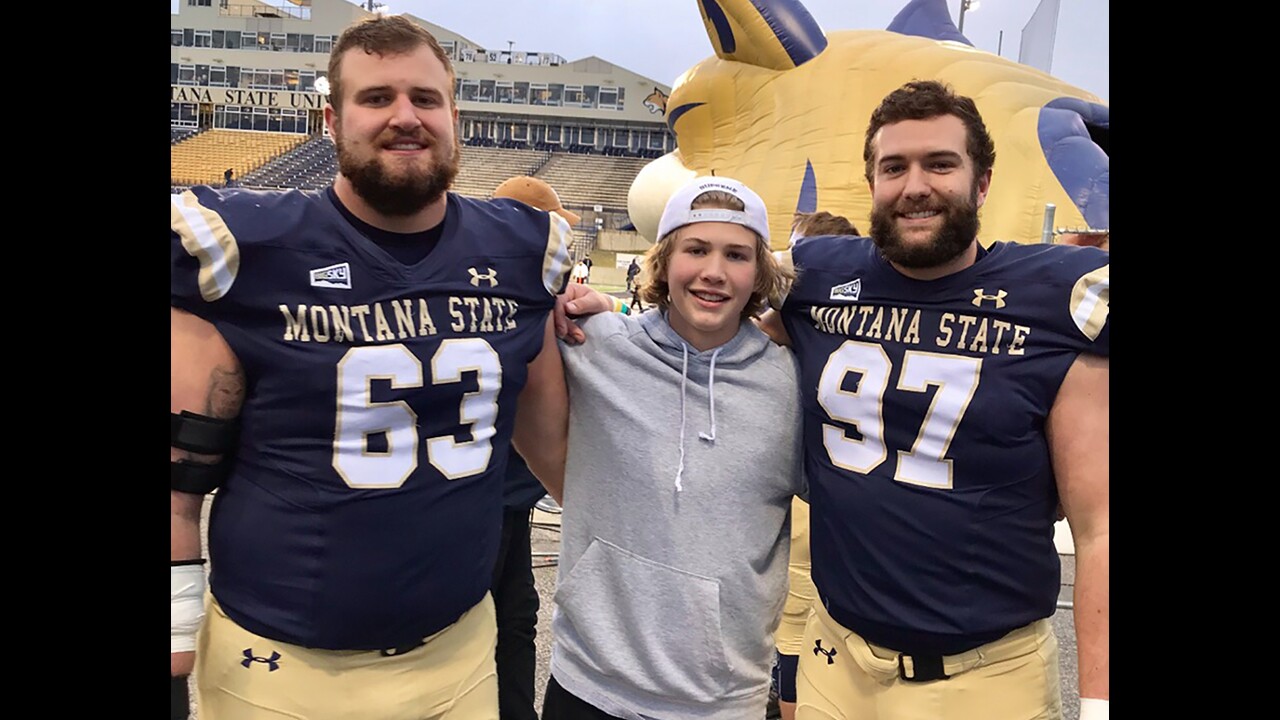 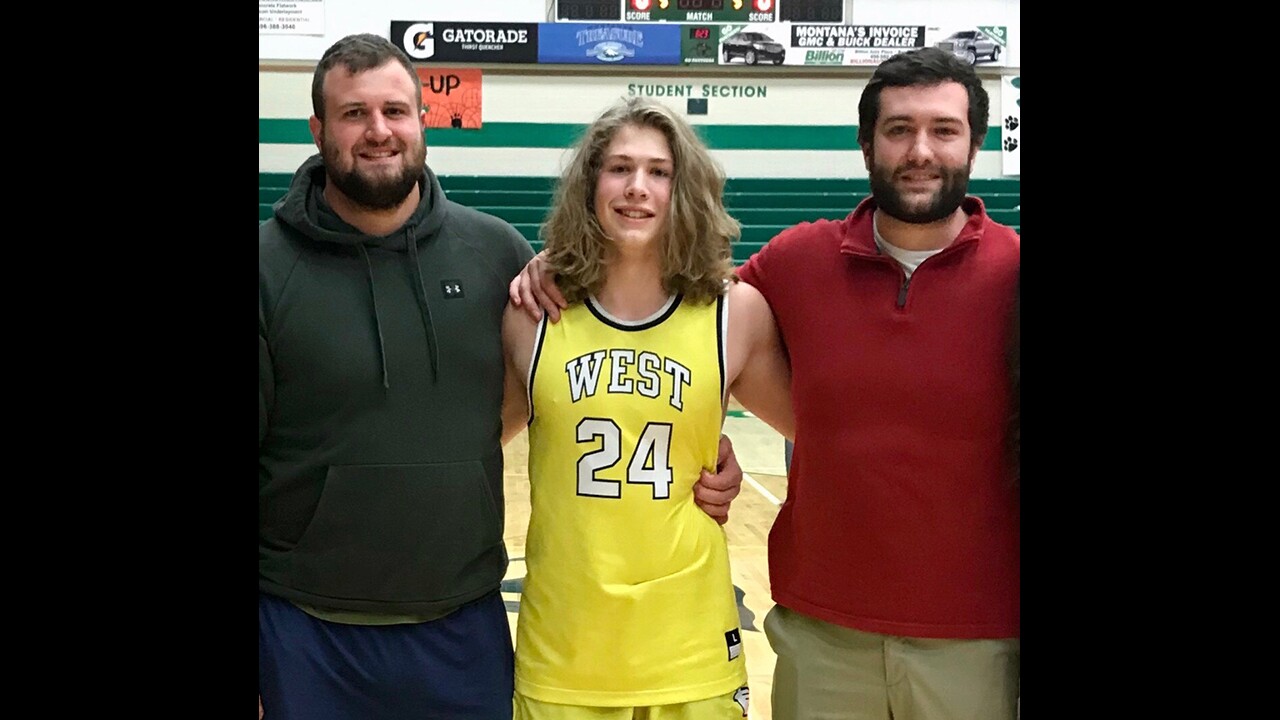 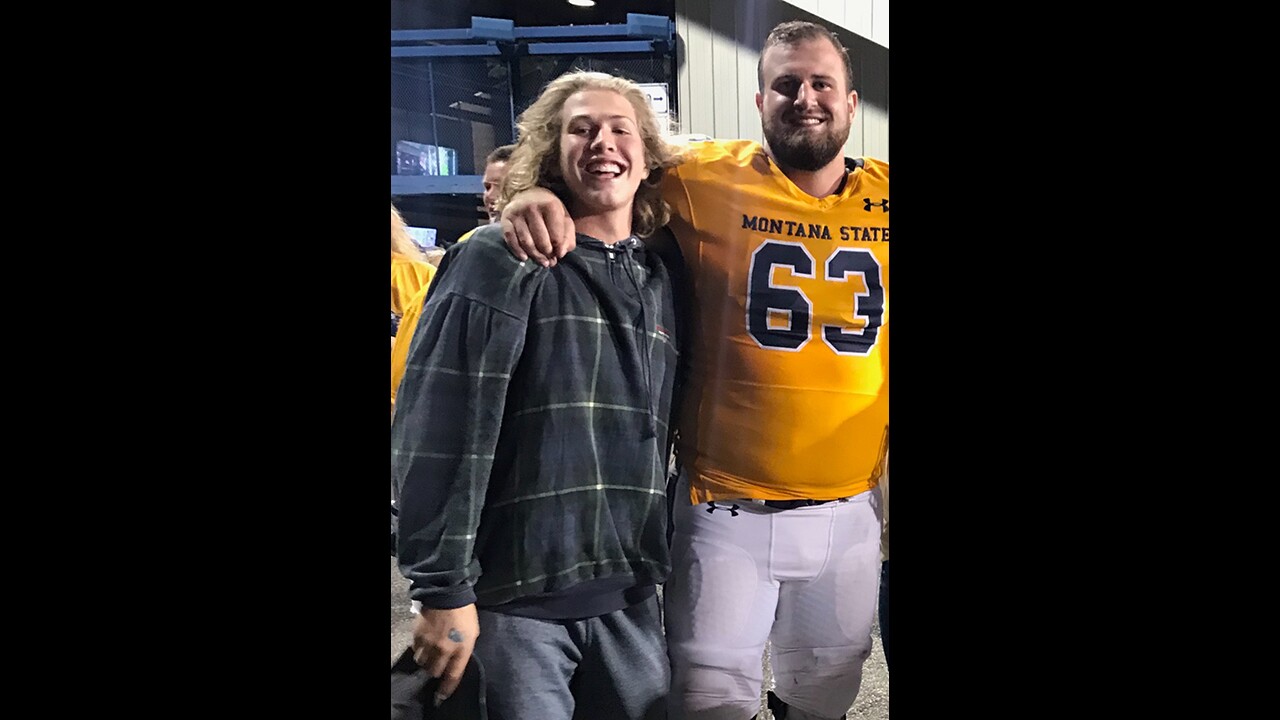 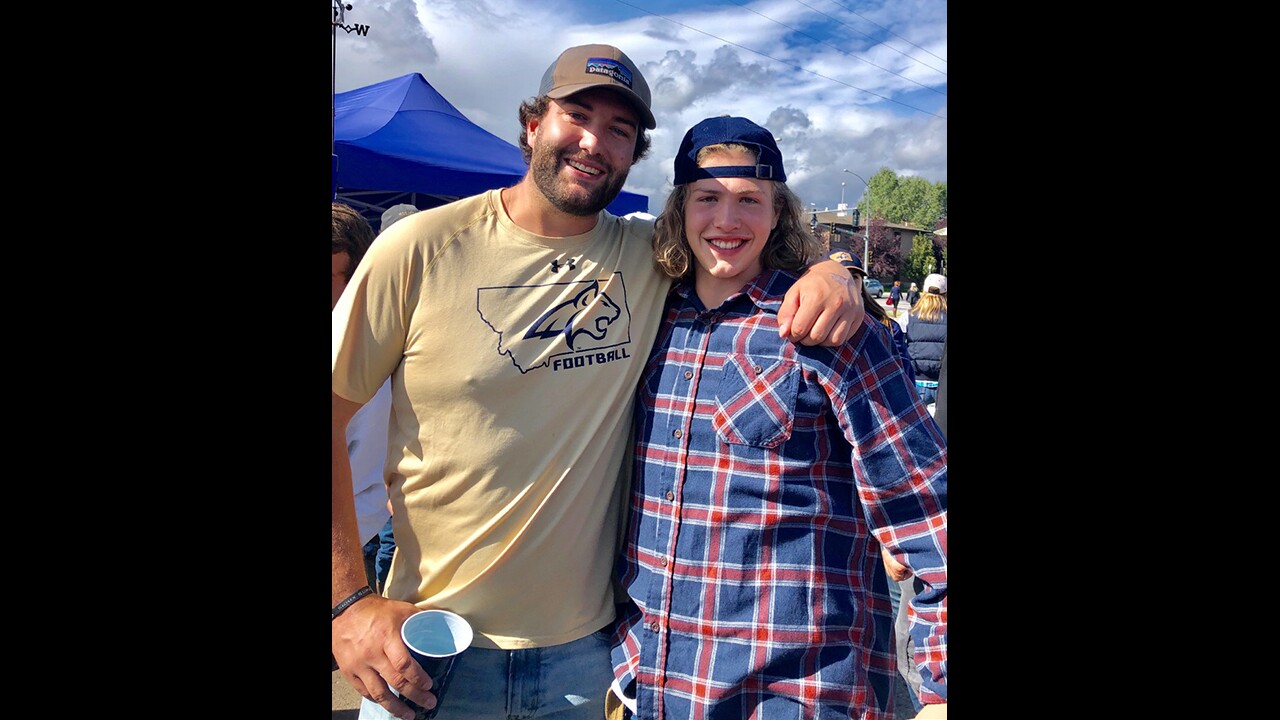 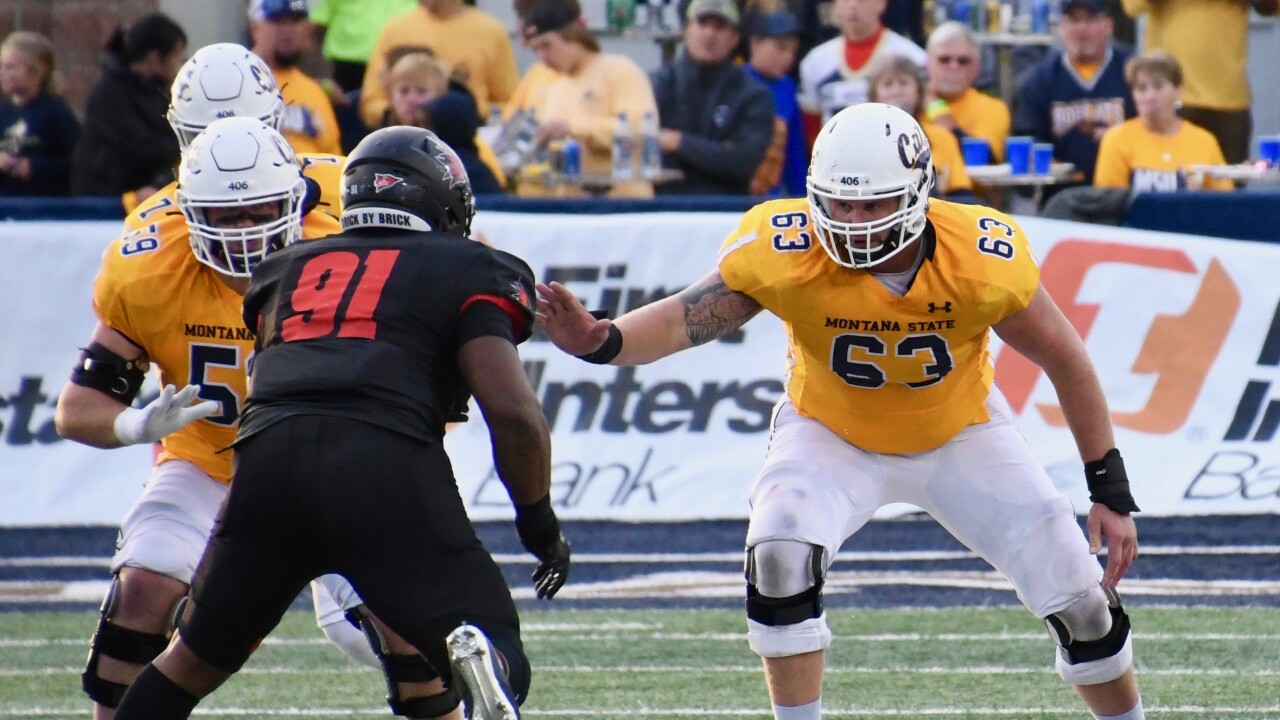 Paul Brott is considered a legacy commitment for the Montana State football program.

His older brothers, Wilson and Mitch, both had fine careers suiting up for the Bobcats, with Mitch etching his name in the program record books by starting 50 consecutive games on MSU’s offensive line the past four seasons, the longest streak of any player in Bobcat history.

But Paul, the youngest of the three brothers and a rising senior at Billings West High School, has his own goals in mind after giving the Bobcats his verbal commitment earlier this month. “Hopefully try to wash Wilson and Mitch’s legacy away, make my own,” he said of his MSU aspirations.

“Maybe Wilson’s, yeah, I believe that,” Mitch laughed. “I don’t see Paul starting 50 games, I don’t see anyone starting 50 games for a while. I might have that one in the bag. That’s just kind of how me and Paul have been. We’re a little competitive with each other, always have been. We did a lot of horseplay growing up. He always got the better hand, because whenever I was about to beat him up or anything all he had to do was scream to Mom and Dad. He got away with murder.”

“Honestly, Paul’s a really good athlete, really physical,” Mitch added. “I see stuff in him that I kind of wish I had. He’s very football smart, I’d say that. He’s always trying to out-hustle somebody. That’s something he told (Montana State coach Jeff) Choate, too, when he committed. He was like, ‘Oh yeah, I want to wash out (their legacies).’”

Paul still has one year of high school football left before even attempting to create his own Blue and Gold legacy, but the Bobcats’ Brott brothers have already paved their own path, choosing football careers over basketball.

Their grandpa, Dick Brott, played college basketball in the 1950s at the University of Denver, where he still has his name in the program’s record books. He averaged 18.5 rebounds per game in 1956-57 and and 15.0 per game in 1954-55, the two best single-season marks in DU history. His 1,067 career rebounds are by far the most in program history.

The Boston Celtics selected Dick Brott in the seventh round of the 1957 NBA Draft, but the 6-foot-8 center opted to play in the ABA, where he spent a few seasons before calling it a career.

“His stories were cool, just because at that time, apparently, the ABA was as big or bigger than the NBA back in the ‘50s. Just kind of hearing the stories about traveling around and living in different areas, I thought that was pretty intriguing and interesting,” said Wilson, who had opportunities to play Frontier Conference basketball but decided to walk-on to the MSU football program in 2014. Wilson bounced between tight end and offensive line for the Bobcats before settling in and playing in 24 games over his junior and senior seasons in 2017 and 2018.

With his decision, Wilson broke the family’s college basketball bloodline. After Dick’s impressive career, Curt Brott, Dick’s son and the brothers’ dad, played college basketball at Eastern Montana College (now Montana State University Billings). He was an all-conference honorable mention choice during the 1984-85 season and helped the Yellowjackets to an appearance in the semifinal round of the 1987 NCAA Division II national tournament as a senior. Curt Brott was inducted into the MSU Billings Hall of Fame in 2002.

The brothers have all played basketball, as well, with Wilson and Paul both taking to it a little stronger than Mitch, whose physicality didn’t mesh well with basketball’s free-flowing nature. Paul actually preferred basketball to football until he saw increased snaps with the Golden Bears last fall.

“Halfway through the football season, I decided I like football more and wanted to go with that,” Paul said. “You just get to hit harder pretty much. And I like the weight room. I like lifting a lot, so that just all ties together, makes it a lot of fun for me.”

Paul had modest stats last season as an undersized defensive end, collecting four sacks and 18 tackles-for-loss. Expectations are much higher this fall — “First of all, a state championship,” he said, “and then hopefully lead the state in sacks and tackles-for-loss” — as the youngest brother has packed on 40 pounds since the end of last football season.

“I try to (beat up on Wilson and Mitch), but it’s kind of hard, especially with Mitch with him being so big,” Paul said. “Wilson, he’s kind of soft, so that’s easier.”

“He might have a point there, but he tried to rough me up the last time I went home a couple weeks ago, and I had to still show him who was boss,” Wilson clarified. “I can still take him, but we’ll see with (strength and conditioning coach Alex) Willcox’s training if that’ll hold up or not.”

Though the brothers like to throw jabs at each other, there’s nothing but love and support between the three. Wilson graduated from West High in 2014 and Mitch graduated in 2015, so their time at MSU overlapped for three years, 2015-18. Both have now entered the workforce — Wilson sells orthopedic equipment used in surgeries and Mitch just started a job with a contractor based out of Three Forks — but Paul won’t graduate high school until next spring, in 2021.

With the age gap, Wilson and Mitch often ganged up on their younger brother during their childhoods, but Paul has lately been able to rely on his older brothers for advice. Though Paul made his own decision, Wilson and Mitch were both excited when he received the opportunity to play for the Cats and look forward to him ultimately getting to experience the same things they did as Montana State football players.

“The older Paul gets, the more experiences I get to share with him and the more stories I can tell him and more learning experiences he gets and the more stuff he can place toward what his life is and can ask me about stuff that is bothering him or what I think he should do. Paul’s always texting me for advice and stuff, too, so I’m glad I get to share that with him,” Mitch said.

Added Wilson: “Since I’m all finished up now, I (told Paul), ‘These will be some of your most fond memories that you have. College is a hard time to beat, and you’ll meet some friends along the way that will be lifelong friends, and you just have to make sure you put your nose to the grindstone and work hard, and it’ll all pay off for you.’”

After all, that’s how legacies are made.