Montana Grizzlies attempt to prepare for 2020 with uncertain schedule 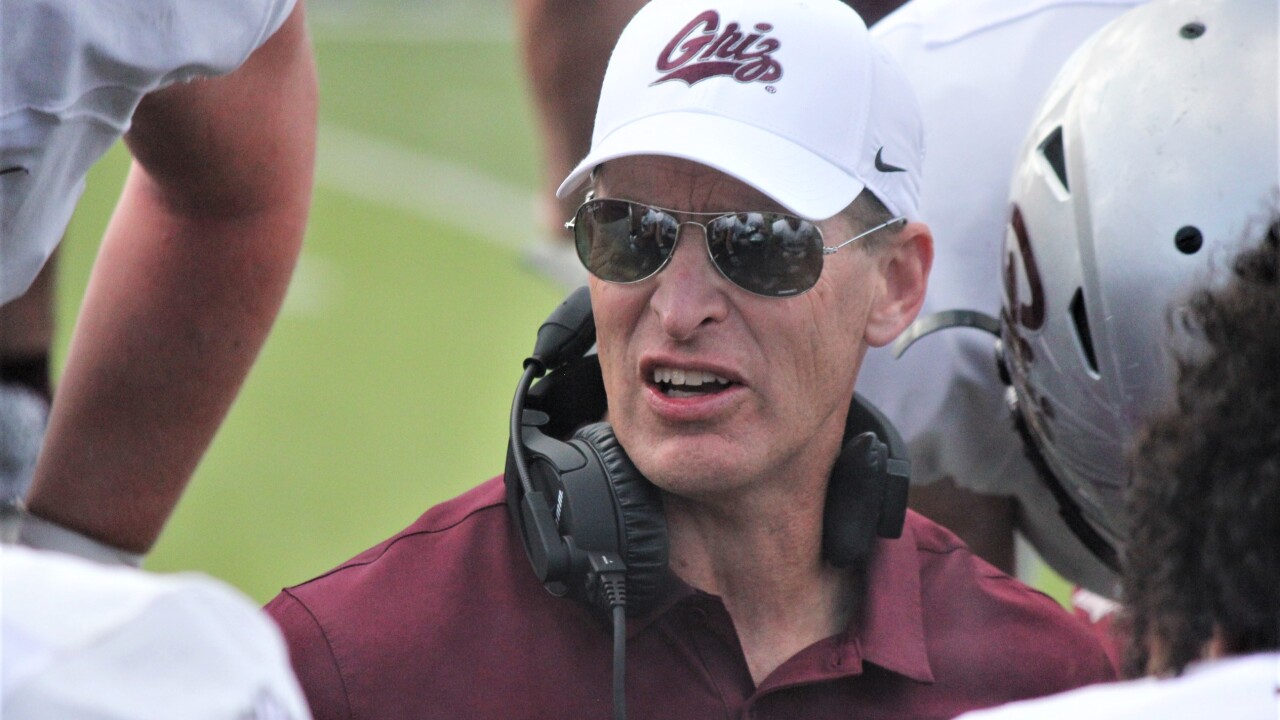 The Montana Grizzlies were ranked second in both polls behind Weber State. After the rankings, each of the 13 Big Sky head coaches fielded questions on a number of topics -- from what makes the conference so competitive to the outlook on the 2020 season with the coronavirus and social justice issues still impacting the nation.

Griz head coach Bobby Hauck, who joined Cook on a virtual teleconference with Southern Utah coach Demario Warren and Northern Arizona coach Chris Ball, was first asked what makes it so challenging to play in the Big Sky Conference.

"I think there are a lot of things that are unique," said Hauck. "I think the vast area that the conference covers lends itself to tough travel for people. I also think there's a lot of good players and coaches at the other schools in the league. To me, those are the two biggest challenges."

The next topic was how the Montana Grizzlies will replace two key starters from both sides of the ball last year in Buck Buchanan Award winner Dante Olson and starting quarterback Dalton Sneed, both of whom left to graduation.

"We feel good about our team," said Hauck. "We feel we've established good depth. When you have those guys going out the door, those are big holes to fill but that’s college football. Demario has to do it, Chris has to do it and every other coach in our league has to do it every other year. I think that’s the nature of a good program, is you’re able to retool every offseason and go out and compete and win.”

Not only is replacing stars a big obstacle every Big Sky coach has to face, but, they hope, so is eventually getting past the juggernaut that is North Dakota State. Not so long ago, the Griz were the ones NDSU was chasing.

So what does it take to overcome NDSU?

"That's certainly multifaceted," said Hauck. "We need to fund our programs like they're funding theirs. They're building facilities, they're paying full cost of attendance, they've got staffing, they've got nutrition, they've got all the things that all the big-time football programs have. So, it starts with that. You don't overcome something like that overnight."

Another highly discussed topic among all the coaches was the reality of a football season happening with the pandemic and how they've been able to handle it. Nearly all of the coaches agreed that the uncertainty of a season or what they're allowed to do on a weekly basis is the most difficult part.

"Coronavirus isn’t going anyplace and half measures don’t work," said Hauck. "So, my opinion is we either go or we don’t go. We shut the country down, which I don’t think is feasible financially. Then the other side of it is we go or we don't go. You feel uncomfortable, don’t play, don’t coach, don’t go to the games. If you’re comfortable, go, let’s roll.”

Hauck also worries how his players have been handling quarantines and not being at school.

"I don't think our players do very well in online education," said Hauck. "It'll be interesting to see what they retain, I may change my opinion on that. The good news is we're finding out the coronavirus isn't lethal for people our players' age. They don't worry about it too much and them getting back together and playing football certainly is probably not going to put them at a great risk. What I have seen is the separation they've experienced over the last few months, particularly this spring, has been disastrous for their mental health."

Hauck was then asked about the conversations the team has had surrounding racial injustices and protests that have sparked over the past couple of months.

"We talked to our team and within our staff extensively, both in larger and smaller groups," said Hauck. "We are trying to educate our players on how to be strong, positive leaders for their generation. We also want to educate them on where they're getting their information, whether it's accurate. We also want them to be stand-up people when they see people in their sphere of influence doing something wrong is to call them on it and really if they're doing something right call them on that, too. Everybody in this day and age seems to have an opinion and they also seem to think we want to hear it. Opinions aren't worth a whole bunch, actions speak. So, we're going to follow people's actions and try to lead by example in our program."

Hauck was then asked a follow-up on what the coaches are doing so the voices of the team's Black players can be heard.

“We support all our players, not just our Black kids, and we want to educate them,” said Hauck.

The Griz were set to kick off their season on Sept. 5 against Central Washington, but that game has been canceled.