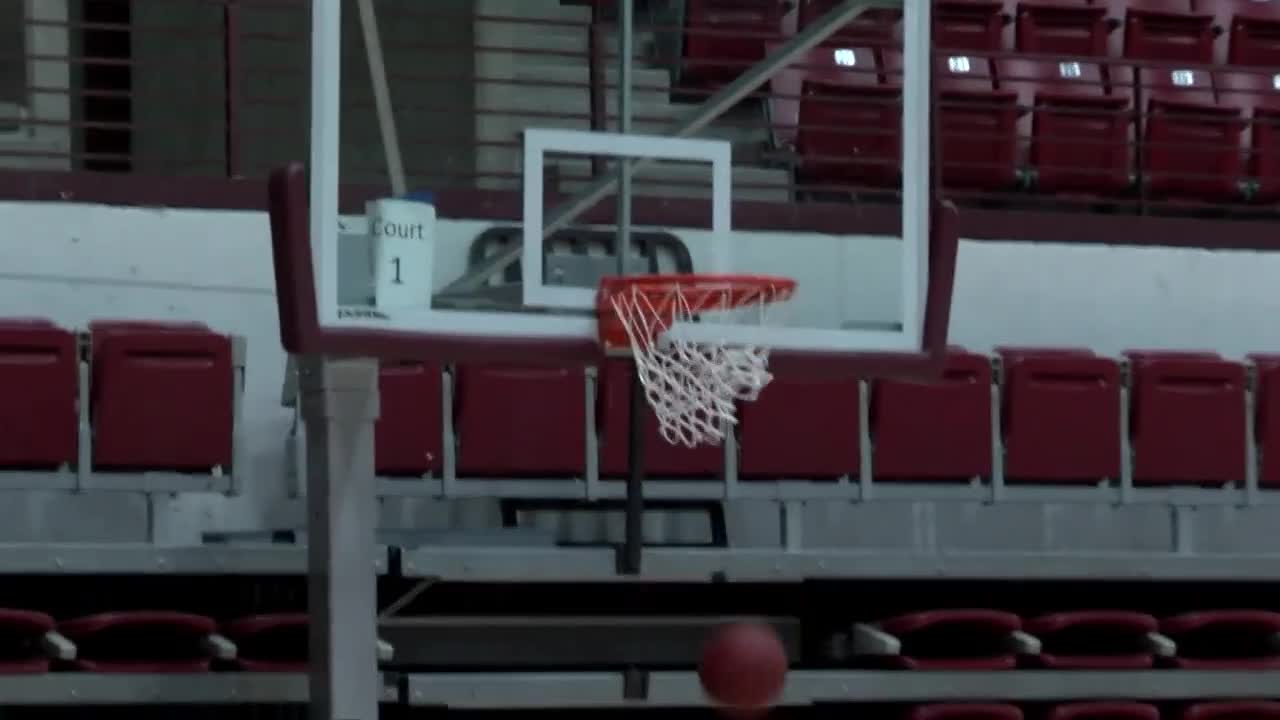 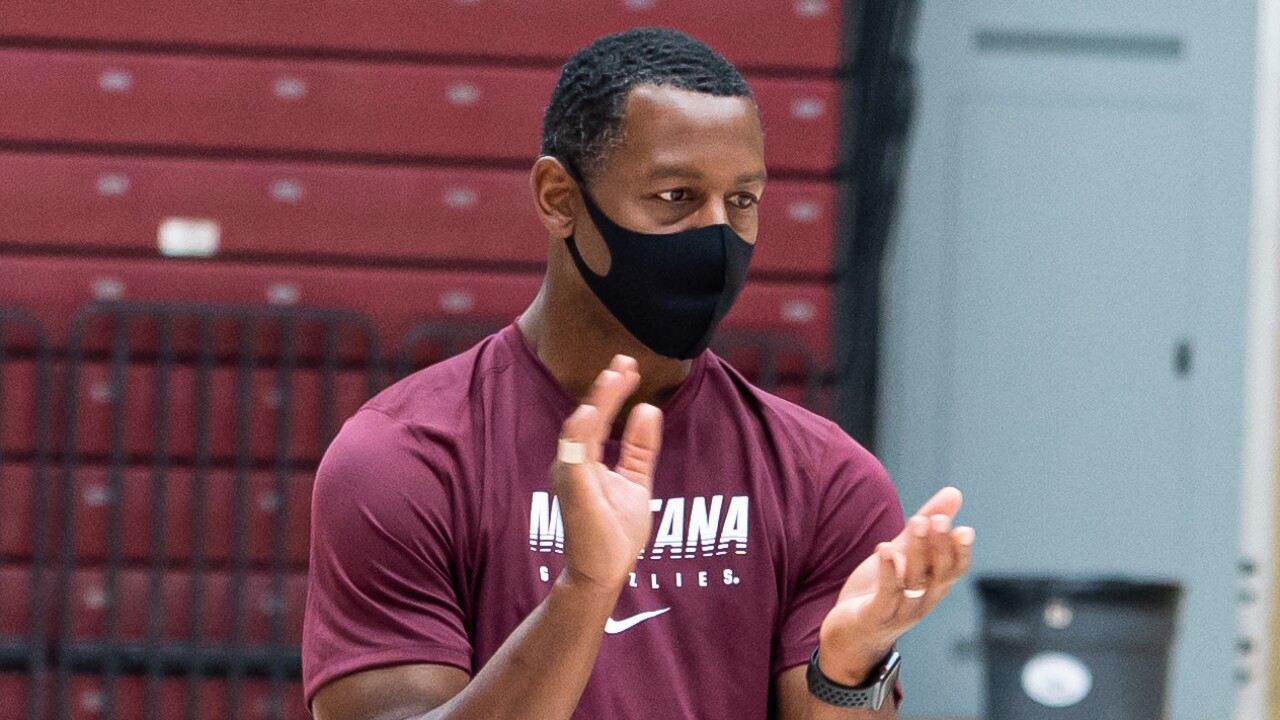 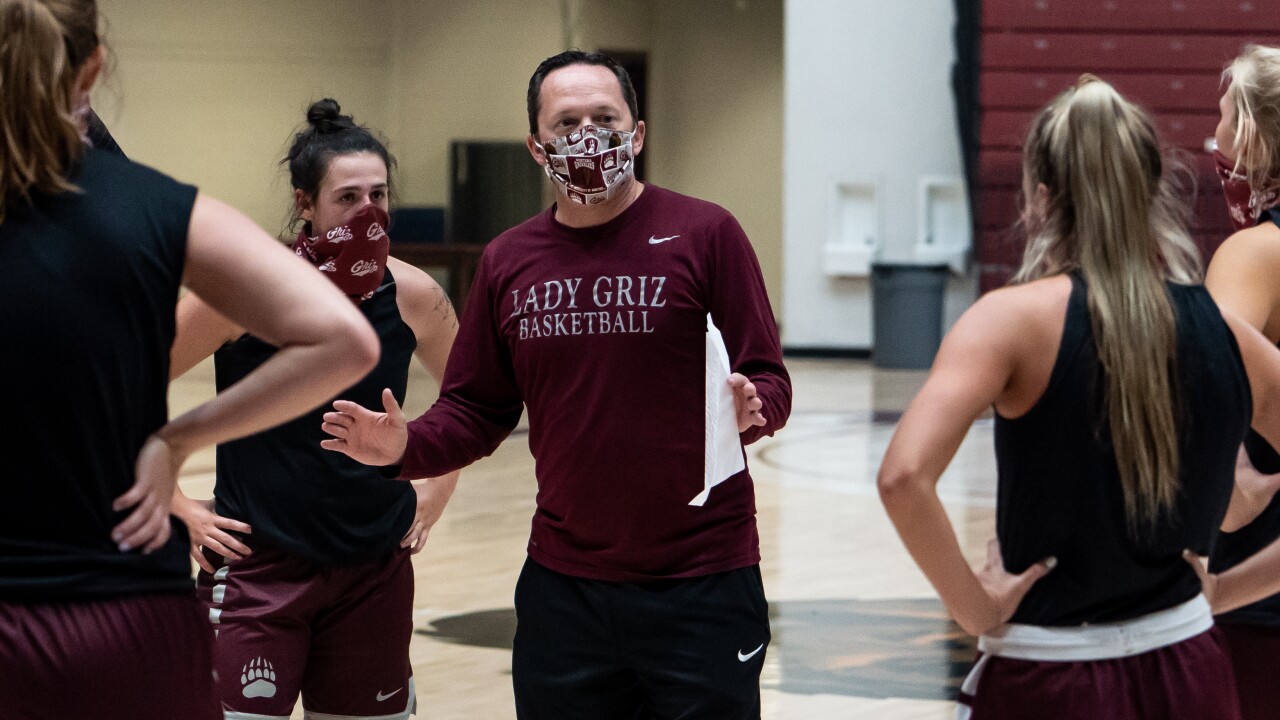 MISSOULA — College basketball fans were dealt a dose of good news this week when the NCAA Division I council approved moving the start date for men's and women's basketball to Nov. 25.

Originally that date was set for Nov. 10, but by Nov. 25 most schools will be finished with fall semesters, and campuses will be less populated once college basketball's new date begins.

For now, college basketball is expected be played. So how do Montana basketball head coaches Mike Petrino and Travis DeCuire, as well as athletic director Kent Haslam, feel about the changes? The early consensus is it's nice to have a starting date to work around but there is still plenty of work and clarity necessary.

"Biggest thing is we’re trying our hardest to have a season," said DeCuire, the head coach of the men's team. "Grateful to get a date that we can look forward to. Still quite a few unanswered questions so hopefully we can get some of those taken care here in the next month or so."

Now they're going to sit back and see what states, teams and conferences can be safe and can get their student-athletes tested in a timely manner and get results. Without that it's just going to be tough to put 10 guys on the floor.

"I continue to think there’s still a lot of work to be done," Haslam added. "We still need to be able to navigate through the virus, we still need to get to the spot where testing and all the protocols, how we’re going to deal with fans, what our schedule is going to be. We know our conference schedule but it really is just the starting point with a lot of work even to get to that starting point."

Along with the starting point, the NCAA set official preseason practices to begin on Oct. 14 where teams can get in a maximum of 30 practices in 42 days. Players can work up to 20 hours per week, four hours per day, and must be allowed one day off.

There will also be a transition period between out-of-season activities and preseason practices, which is scheduled to go Sept. 21 through Oct. 13. During that time period, teams may participate in strength and conditioning activities, skill instruction and sport-related meetings for up to 12 hours per week.

"We have a map and we have a map for like how many we’ve been practicing up to this point, next week it can increase a little bit more and then come Oct. 14 we can go into a full practice mode with our 30 practices," said Petrino, the new Lady Griz head coach.

Petrino said the Lady Griz had four games scheduled before Nov. 25 that will need to be altered, and DeCuire added that now the entire non-conference schedule is affected because every school now has to evaluate which games it can realistically, and wants, to play. Petrino added that the administration was in contact with them telling them each scenario that was being weighed, so no decision from the NCAA was a surprise.

"Right now it's possible that we'll only have one, maybe two non-conference trips," Petrino explained. "That would be it as of right now but again it could all change. (This week) scheduling has been at warp speed because everyone is trying to finalize those last few things. We're all used to a different timeline right now in 2020. It's nothing new, we just continue to adjust."

"Really the approach now needs to be controlling what we can control, get those protocols in place, and then build a schedule that is doable and then get into the conference schedule after the first of the year," Haslam said.

As far as solutions go for non-conference games and MTE (multi-team event) tournaments, basketball coaches around the country have publicly been open to the idea of a bubble situation, similar to the NBA and NHL. If some kind of bubble situation could arise, whether it be mini-bubbles with games being played between semesters or the MTE tournaments providing bubble-like opportunities, or teams flying to a location to play multiple games, then going home, then traveling and playing multiple games again, those are some of the possibilities out there.

The latest guidelines from the NCAA said men's and women's teams needed just 13 games against Division I opponents to be eligible for the NCAA Tournament. Men's and women's teams can play up to 25 regular-season games this season without an MTE tournament scheduled, or do include one MTE and play one or two games fewer in the regular season. The Big Sky Conference also announced over the summer that teams will play only 16 conference games as opposed to 20 like they have the last two seasons.

However, all three acknowledge that pulling off a bubble in college athletics is much more difficult than at the pro level, and while in favor of any kind of situation that would work, Haslam, Petrino and DeCuire all agree it would be tough to realistically pull off.

"For me the bubble works for pro athletes because they’re not students, but we’re dealing with college students and I just don’t think that a true bubble like the NBA has set is workable or feasible," Haslam said, adding that having the season start after the fall term ends will be a bubble of sorts with students off campus while the players stick around.

"I hear the reasons for the bubble but I think logistics-wise and cost-wise it could be a challenge," Petrino said. "But I think it's been interesting to watch (the NBA) for sure. We'll just wait and see on that."

"I think getting as many games as we can get in in the fewest amount of days is probably the best way to go about it. ... If it's possible but expenses are high it's going to be difficult to get everybody in that scenario," DeCuire added. "I thought it would’ve made more sense for us as a conference to look at it if there was no non-conference. But now that we feel there’s going to be a non-conference, the bubble won’t be necessarily an option for everyone because there’s costs that come with it.

Though a date is now reset, everything is fluid in the time of COVID-19. DeCuire noted that, adding that there's one more thing he'd like to see if the student-athletes are impacted by the virus once again.

"I’d like to see an exempt season. I’d like to see my sophomores that had their season end early last year and they’ve been cooped up in apartments since June and off campus since March, I’d like to see them have a college experience, and if two of the four years they’re going to be in school are affected negatively, it’d be nice to see them get one of those years back," DeCuire said. "And then just anything in terms of keeping these guys safe is important and the way we travel is going to be a big part of that and so we’re probably going to need a little time to figure out our non-conference and what games we play but the biggest thing is that’s going to come down to expenses."

So now, everyone moves forward with the new date and the real planning begins.

"You feel like the engine is starting back up," Haslam said. "In athletics, all of us are really quite structured people. We like structure, we have a schedule, we look to who our next opponent is, when our next practice is, all of those type of things. Having a date now feels like there's some normalcy returning and at least there's something we can shoot for."