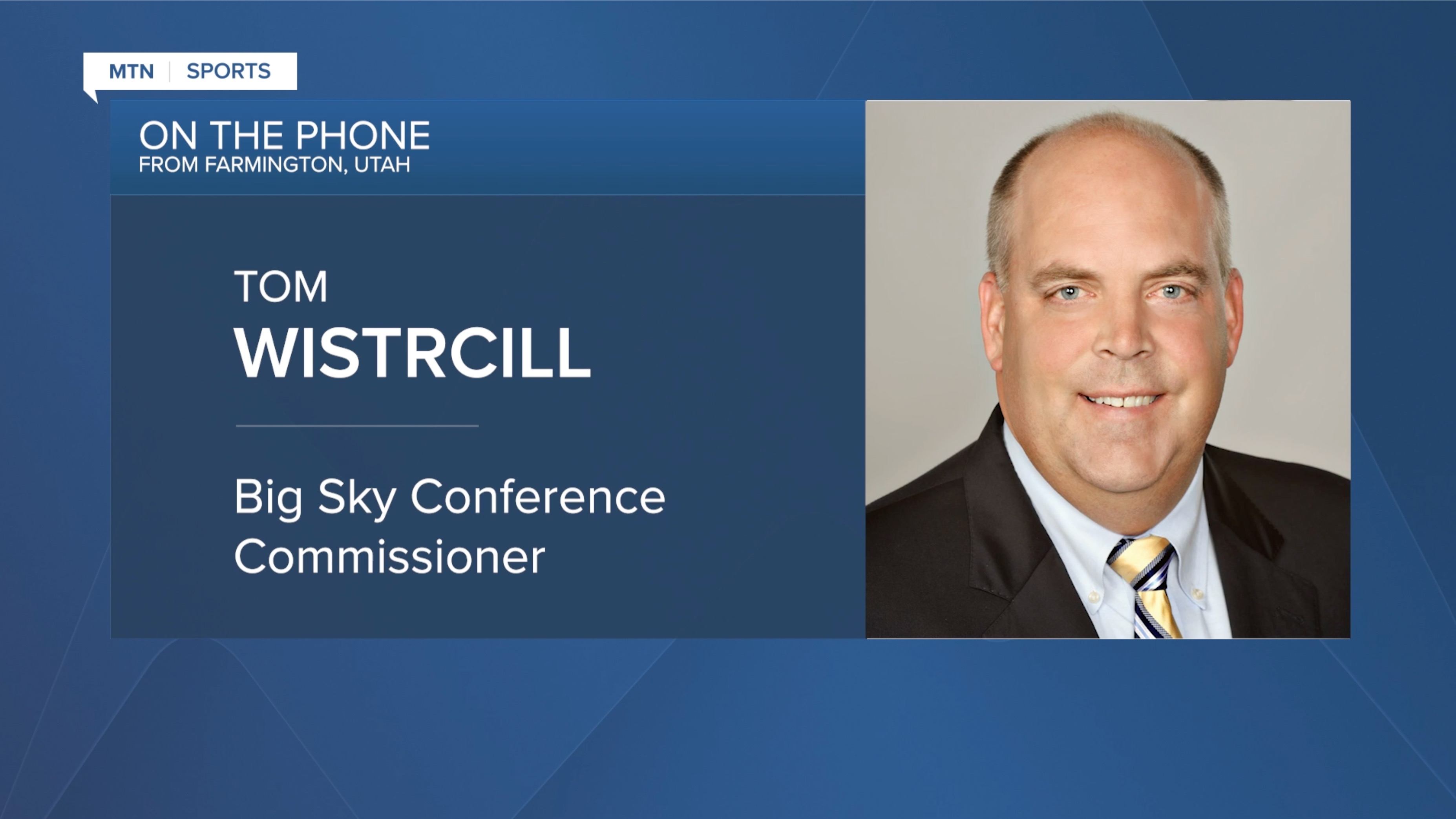 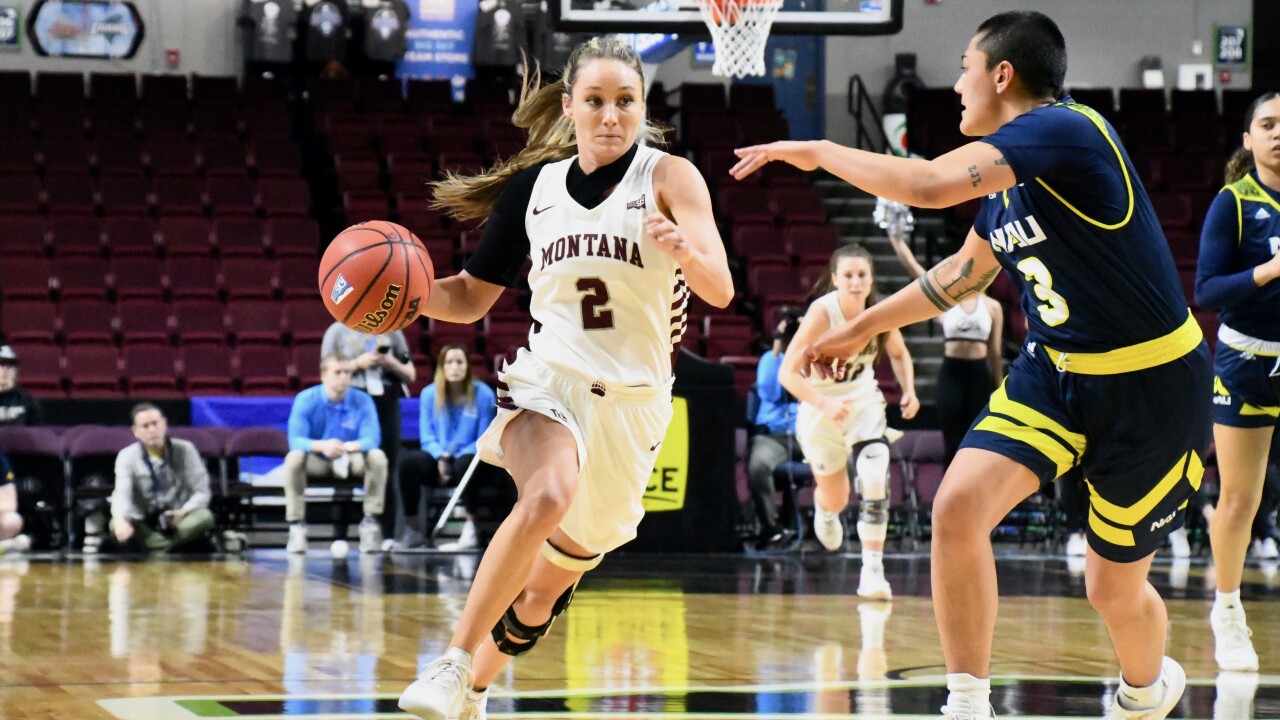 FARMINGTON, Utah — With college sports on hold across much of the country, Big Sky Conference fans will have something to look forward to in the coming months.

“We’ll play basketball this year, I told our players that, I’ve told the coaches that. There will be basketball this season,” Big Sky Conference commissioner Tom Wistrcill said in a phone interview with MTN Sports. “I can’t tell them exactly when it’s going to start or how many games they’re going to play or will there be fans in the stands or not, I don’t know that. But, not only as a conference but as a whole association, we’re committed to getting basketball going, we’re committed to having it around the country, committed to an NCAA Tournament, we’re certainly committed to a Big Sky Tournament. And I feel really good about us playing basketball during this season.”

College basketball was one of the first sports affected by the coronavirus pandemic in March, with conference tournaments shutting down in the middle of their brackets. The Big Sky was one of the last leagues to cancel its tournaments in Boise, Idaho, but the conference ultimately made that decision on March 12, the same day the Montana and Montana State men’s basketball teams were slated to play their quarterfinal games. The Montana State women had already won two tournament games and were set to meet Idaho for the conference championship the next day.

Those cancellations were just a harbinger of things to come, as the sports world has been mostly halted for the past six months. Some leagues — especially those at the high school or professional levels — have started to return to a sense of normalcy, but the Big Sky hasn’t yet taken that step, postponing all of its fall sports until the spring.

“It’s been hard on everybody, but I really feel for our student-athletes. Their worlds have really kind of been turned upside down,” Wistrcill said.

He added: “Our focus has been on the student-athletes and trying to take care of them and help them on their journey, give them some hope about seasons coming up, and find a way to make that happen for them.”

The Big Sky and its governing body, the NCAA, seem focused on playing college basketball this winter. As Wistrcill noted, it will likely look differently than it has in the past with plenty of questions still surrounding the spread of the coronavirus. The NCAA has publicly discussed potentially playing games in bubble environments, mimicking what the NBA has successfully accomplished in Florida.

Right now, according to Wistrcill, the college basketball season is scheduled to begin on Nov. 10, but there’s been growing discussion to push back the start date to sometime around Thanksgiving to coincide with many colleges finishing in-person classes for the fall semester. The NCAA Division I Council is set to meet on Wednesday, and the hope and expectation is the members will hold a vote to finalize basketball’s start date. Jean Gee, a senior associate athletic director and senior woman administrator at the University of Montana, is the Big Sky Conference representative.

“After we get word from the NCAA of what the play and practice season will look like for basketball, then (the Big Sky Conference) can make our decision after that,” Wistrcill said. “I would expect us to fall in line with what they’re doing, but there’s always that opportunity, especially in this environment, for us to make different decisions.”

The Big Sky, which features 11 schools in eight states, regularly faces geographic scheduling issues, and those problems will be exacerbated this winter due to the different reopening phases and guidelines in different states. The non-conference schedules are sure to take hits, but that’s where the potential bubble environments come into play.

“We’ve talked about it as a league and are exploring some options right now, whether it be some regionally based type of things or something in Vegas, for example, where a team would potentially fly down to Las Vegas, maybe spend five days down there, get three, four games in in a controlled environment with other non-conference opponents. That’s all under consideration right now for the non-conference schedule, especially if people are going to lose games,” Wistrcill said. “I think it’ll be interesting to see what happens with some of our matchups where some of our teams are traveling for guarantee games to the Midwest or the East Coast, will those games happen? … It’s our job in the conference office to come up with some different options and get them to our schools and see what they’re interested in.”

While neutral-site multi-team events are possible, if not probable, early in the season, Wistrcill said the Big Sky is still aiming for on-campus games for the conference schedules. What those look like is still to be determined, and there’s a lot of nuance in compiling the league schedules.

First and foremost, the Big Sky needs the official start and end dates from the NCAA. Once the conference has those, the presidents and athletic directors will start to make final decisions toward putting together conference schedules. Wistrcill hopes there will be “some type of fan involvement,” but that remains up in the air and likely won’t be determined until a much later date.

“There’s a lot of moving factors in that, and, quite frankly, my crystal ball is no clearer than anybody else’s about what the virus is going to look like here in the next two months from now when we’re looking at seriously playing basketball,” Wistrcill said.

“I think (the start date is) an important date for all of our teams and coaches and players, is when there’s something tangible to work for, say we’re going to play on this date. That gives everybody energy, so hopefully we can start to do that here over the next two, three weeks, up to a month,” he added. “That’s the plan: full speed ahead right now.”