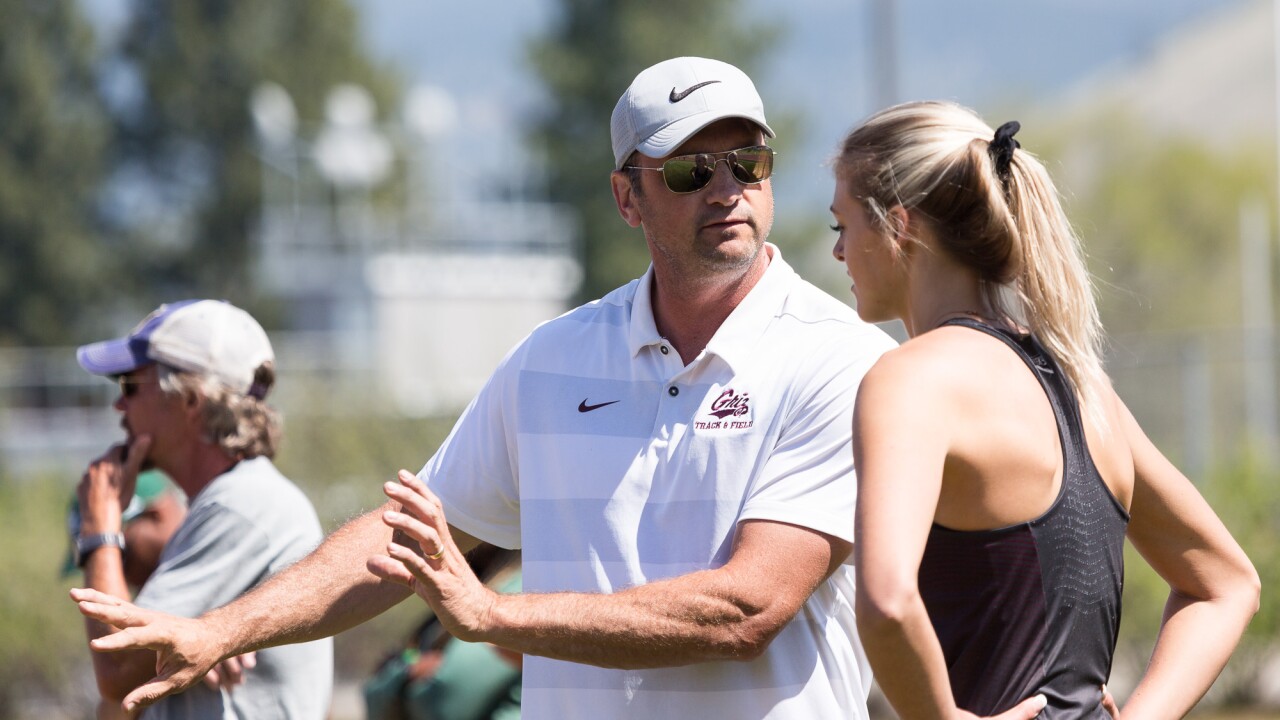 Courtesy Montana Athletics
University of Montana head track & field coach Brian Schweyen has resigned from the program after over two decades with UM.

MISSOULA -- Brian Schweyen has resigned as the Montana Grizzlies' track and field coach, he confirmed to MTN Sports on Thursday.

Schweyen declined to comment further other than to say his resignation was entirely his decision.

Schweyen has been the head coach at Montana for 12 years, having been hired in 2008. Schweyen first began coaching at Montana in 1994 as a volunteer assistant. After three seasons of doing that, he was elevated to full-time assistant coach in 1997-98.

An East Helena native, Schweyen spent 10 years as a full-time assistant coach before taking a year off following the 2007 outdoor season. He came back in 2008 as the school's head coach when he replaced Tom Raunig.

Schweyen competed in college track and field at Montana State from 1988-91 where he was an all-American high jumper. He was a seven-time all-Big Sky Conference performer and won six league titles in the high jump and pole vault.

Schweyen finished fourth at the 1990 NCAA indoor championships in the high jump.

In Schweyen's time as head coach, which he spent as the director of the men's and women's cross country programs as well as both track and field programs, the Griz had two NCAA Cross Country Championships qualifiers in Katrina Drennen (2009) and Makena Morley (2015). He saw three athletes make the NCAA Indoor Track and Field Championships qualifiers in Drennen (2011), Austin Emry (2013, 2014) and Erika McLeod (2019).

Schweyen's wife, Shannon Schweyen, was not retained as the Montana Lady Griz head women's basketball coach back in April after four seasons as the head coach of the program.