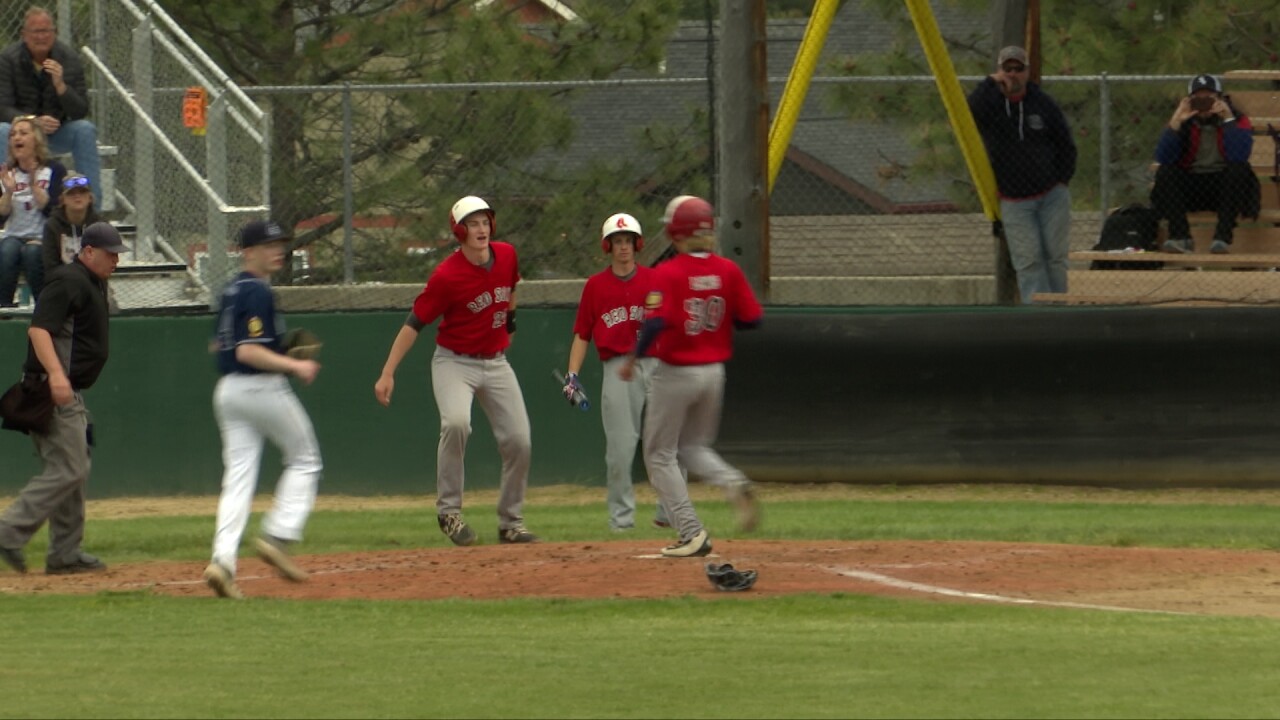 KYLE HANSEN/MTN SPORTS
The Bitterroot Red Sox defeated the Bitterroot Bucs 9-0 on Friday, May 22, 2020, to open the season.

FLORENCE -- For the first time in more than two months, live sports returned to western Montana as the Class A portion of the Missoula Mavericks' Memorial Day tournament got under way.

The Class A teams are playing in Florence at the Bitterroot Bucs Field while the Class AA teams got under way in Bozeman due to the tournament not receiving the OK to be held in Missoula County.

The Class A afternoon began with a rivalry matchup between the Bitterroot Red Sox and Bucs that saw the Red Sox open the season with a 9-0 victory.

The Red Sox broke through in the fourth inning with a six-run frame to grab the lead and control. Mack Wright began the onslaught with a two-RBI double. Immediately after that, Tyler Jones hit into what appeared to be a routine out, but an error on the throw to first allowed two more runs to score. Mitch Spinetta added a two-RBI single to the tally.

But regardless of the outcome, both managers were just happy to retake the field at all.

“It’s honestly kind of crazy," Red Sox manager Kallan Grenfell said. "It feels good, but you have all of those things you have to do and we’re working on that to make sure we’re staying within the guidelines, so it’s a learning experience as we go. If you get Bucs and Red Sox, it doesn't get much better than that, so it was a fun day."

“It was awesome," Bucs manager Austin Nogle added. "Our guys were super excited to get out here. Some of the best energy I’ve seen since I’ve been coaching these guys. Lot of hard work went into getting our field ready and appreciate all that, and we appreciate the opportunity to be out here.

"Obviously we always want to win, but we're happy to be out here with an opportunity to learn from our mistakes and get better."

The Missoula Mavs Class A team took on the Helena Reps in the second and final game of the day. The Reps took the victory 5-1 in the opener.

The tournament continues through the weekend with the championship game taking place on Monday.