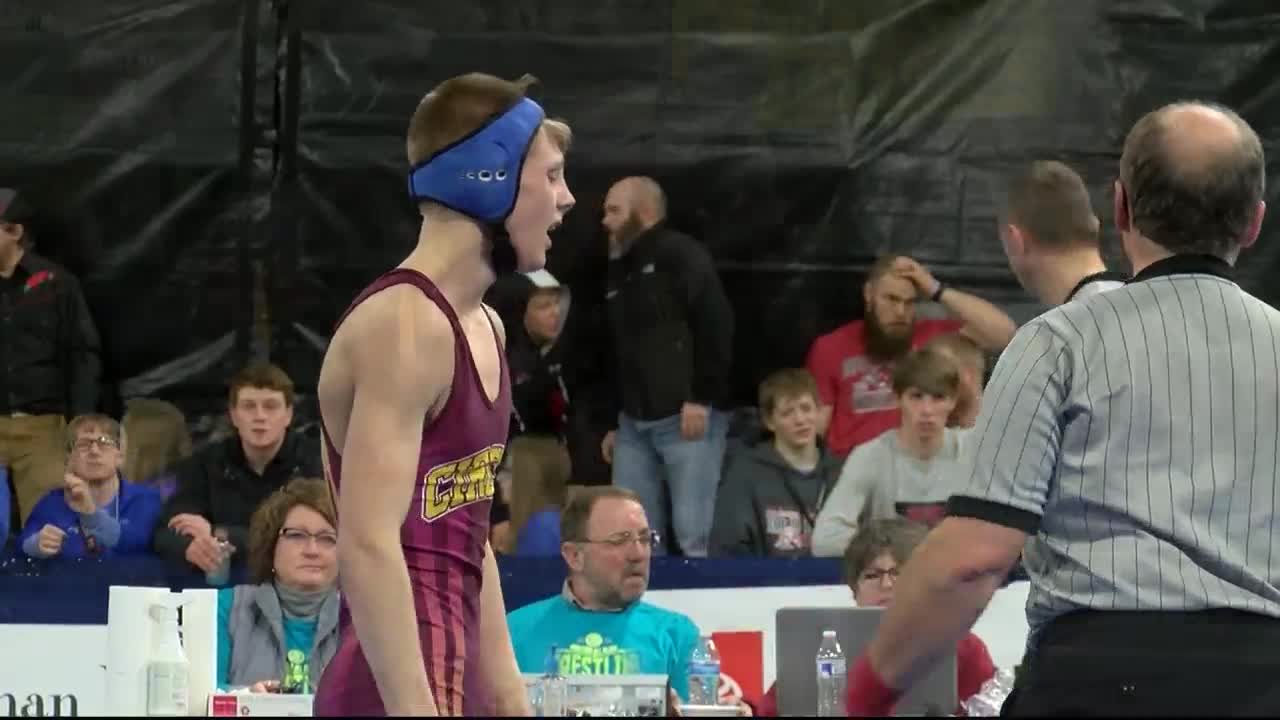 Sidney's wrestling team dominated and set a new Class A scoring record on its way to its third consecutive State A wrestling title as a team. 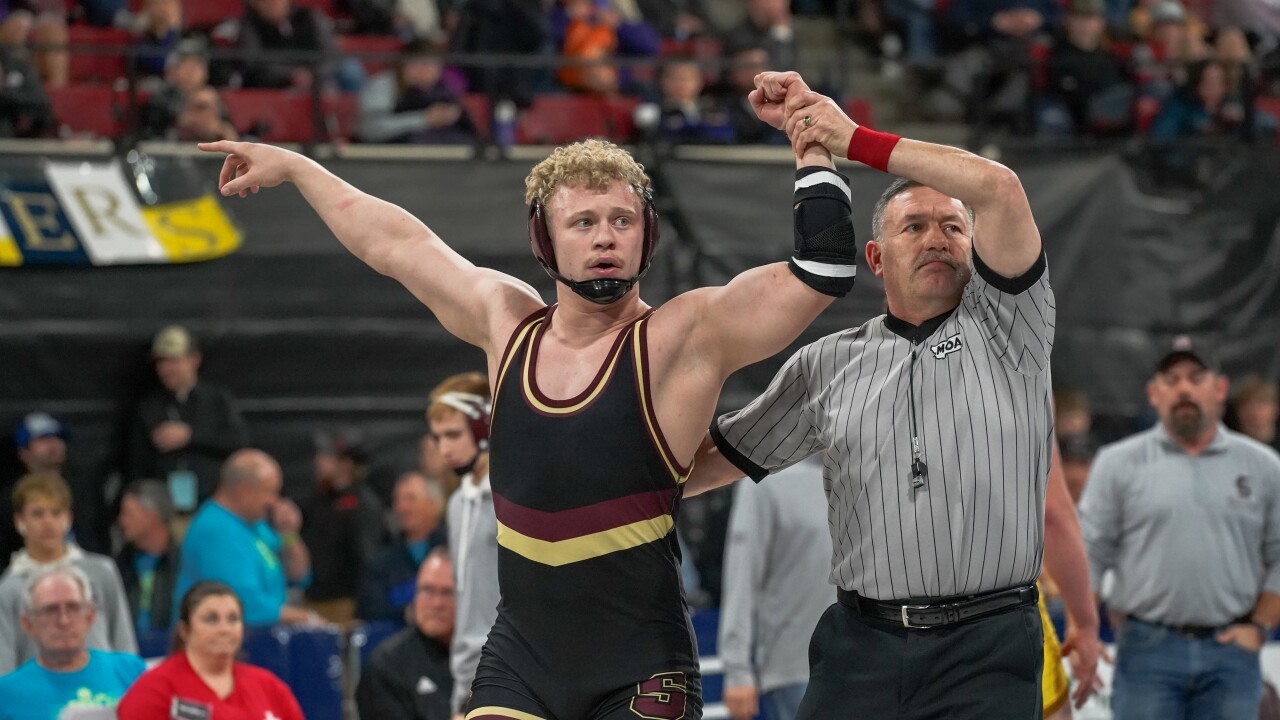 BILLINGS -- Sidney's wrestling team dominated and set a new Class A scoring record on its way to its third consecutive State A wrestling title as a team.

The Eagles put eight wrestlers into Saturday afternoon's championship round, where seven came out on top. Sidney entered the championship round with 308 points, just 3 points shy of breaking the team scoring record it set last year.

Sidney's next champion came at 182 pounds, where junior Rliey Waters won by decision over Laurel's Cameron Younger, 12-7. Waters is now a two-time champion, as he won in 2019 at 160 pounds.

Jett Jones finished off his career with another individual title, defeating Triston Jones by pinfall early in the second period. Through the first half of its championship matches, Sidney was a perfect 4-for-4. Brody Skogen won at 285 pounds over Miles City's Tyler Harms to continue the Eagles' torrent start.

Sidney's final three championship matches came against runner-up Frenchtown. The Broncs put a total of five wrestlers into the final round and held off third-place Miles City, finishing with 156.5 points to Miles City's 145.5.

Owen Lonski made it six champions for Sidney, as he beat Frenchtown's Landen Stewart by 5-4 decision at 103 pounds. It was Stewart's first loss of the season, finishing 49-1.

Returning state champion Walker Dyer would get a little vengeance for Frenchtown at 113 pounds, as he defeated Sidney freshman Zander Dean by 5-4 decision. Kaiden Cline, though, would round out Sidney's dominant performance with an 8-2 decision over Frenchtown's Eli Warner.

Frenchtown's final wrestler was looking to join the club of four-timer's, but Lewistown junior Cooper Birdwell put the hammer down for his third consecutive state title.

Billings Senior narrowly missed out on a second-place trophy, as the Broncs finished in third place with 196.5 points, 0.5 points behind Kalispell Flathead. Great Falls High ran away with the Class AA title with 242.5 points.

Senior had a pair of champions, as Thomas Klepps won a dramatic 5-3 decision over Missoula Big Sky's Dougie Swanson at 160 pounds. Matthew Dewitt was a champion at 126 pounds for the Broncs, defeating Billings West's Drake Rhodes in sudden victory.

Huntley Project finished second in the Class B-C standings with 134 points, 20 back of Glasgow's 154.

The Red Devils had a pair of wrestlers in Saturday's championship round, highlighted by Journey Grimsrud's pin over Glasgow's Mayson Phipps in the second period. Grimsrud finished second at the 2019 state tournament. Gavin Nedens fell to Anaconda's Nate Blodnick at 103 pounds by decision, 2-0.