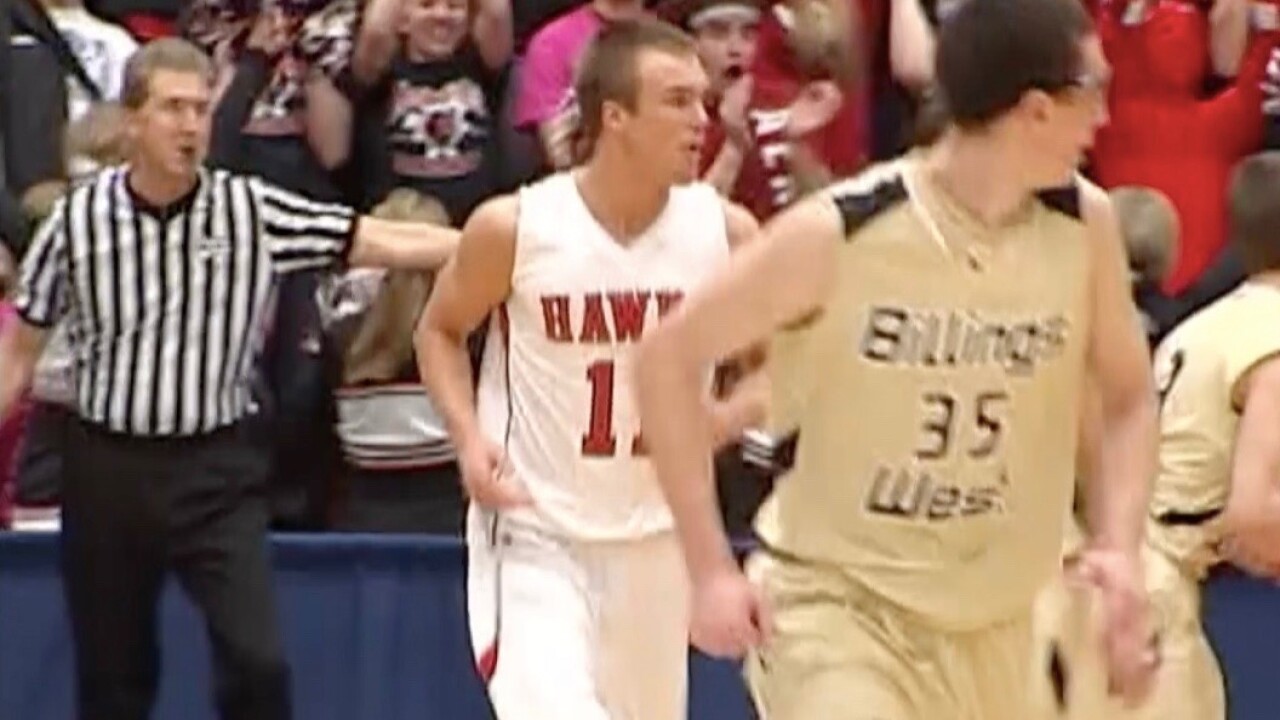 (Editor's note: While we're faced with a sports-less world during the coronavirus pandemic, MTN Sports is going to re-publish the original stories from the #MTTop50, which launched in 2016 to profile some of the great boys basketball players in Montana history. Our intention is not to revise history, so we're not going to change the order in which the players were featured. However, some articles will include updates to reflect the latest developments in a player's career. This was the fifth story of the series, originally published on June 17, 2016.)

Few athletes can match the high school success Tanner Roderick had at Bozeman. While he did elect to play football in college – first at Nevada and then back home at Montana State – Roderick was one of the best Montana basketball players in recent memory.

He’s the final addition to MTN Sports’ list recognizing five of the best players since 2010, joining Brendan Howard of Great Falls High, Dane Warp of Havre, Kendal Manuel of Billings Skyview and Brandon The Boy of Box Elder. Obvious omissions Josh Huestis of Great Falls CMR and Tres Tinkle of Missoula Hellgate will be featured in the top 20 countdown, which begins July 25.

Roderick became just the third Montanan to win the Gatorade Player of the Year award in multiple sports when he earned the honor in both football and basketball during his senior year in 2010-11. He helped lead Bozeman to state championships in both sports and chose football at the college level, but he was a dynamic athlete on the hardwood. He was a two-time all-state selection, averaging 19 points, 4.3 rebounds, 3.6 assists and 2.5 steals as a senior. He scored 26 points in the Hawks’ state championship win over Billings West to cap their 21-2 season.

Former Billings West coach Doug Robison (via Gatorade in 2011): “He’s the best overall athlete in the state. He’s also the best basketball player. He’s a dominant factor on the court. He’s a 6-foot-2 guard and a phenomenal jumper. He probably averaged a dunk per game. He’s a good perimeter shooter and penetrator, and he’s a very good defender. If he hadn’t committed to play football in college, he probably would’ve gone Division I for basketball. He’s that good.”