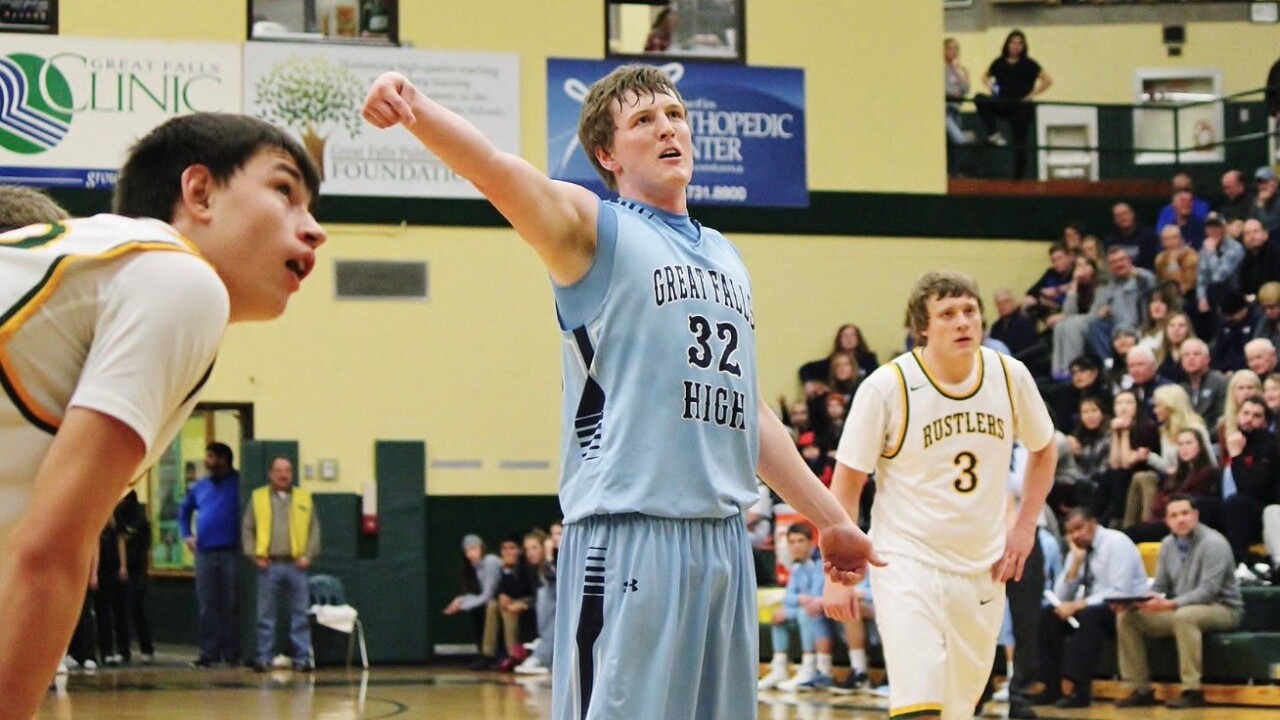 TOM WYLIE/MTN Sports
Brendan Howard was a two-time Gatorade Montana player of the year while at Great Falls High.

Back in 2016, we launched our #MTTop50, a look back at some of the best boys basketball players in Montana history.

It proved to be a daunting task, but it was one we embraced to recognize some of the greats and restart conversations reminiscing on their playing days.

While we're faced with a sports-less world during the coronavirus pandemic, we're going to re-publish the original stories from the #MTTop50. Our intention is not to revise history, so we're not going to change the order in which the players were featured. However, some articles will include updates to reflect the latest developments in a player's career.

There are certainly players from the past few seasons that could have been included in the #MTTop50. Four years doesn't seem like a great deal of time, but the landscape was quite different back in 2016. Zaccheus Darko-Kelly, a Great Falls native who played high school basketball at Missoula Sentinel, wasn't yet an NAIA all-American at the University of Providence and one of the best players in the country at that level. RayQuan Evans was in the midst of his high school career at Billings Skyview, but he hadn't yet developed into the Northwest Athletic Conference player of the year while at North Idaho College. Evans just completed his junior season at Florida State where he played in 29 games for the ACC's regular-season champion. Rollie Worster wasn't in high school yet in 2016. In the past four years, he's become the all-time leading scorer in Missoula Hellgate boys basketball history, won back-to-back Gatorade player of the year awards and signed to play at Utah State.

The list goes on to include guys like Jesse Owens of Billings West, Chrishon Dixon of Billings Central, Phillip Malatare of Arlee, Brody Grebe of Melstone and Caleb Bellach of Manhattan Christian. Owens originally signed on to play football at the University of Montana, but he's since walked on to the basketball team at Montana State. Dixon has already made a splash at MSU Billings. And Malatare, Grebe and Bellach had great high school careers at the Class C level and are working their ways through college now. Malatare just finished his sophomore season at North Idaho College, Grebe is joining the Montana State football program, and Bellach has completed his freshman season with the Montana State basketball team.

None of the players mentioned above were included in the initial #MTTop50, but who was included? We start with Brendan Howard.

(Editor's note: MTN Sports launched the #MTTop50 in 2016 to profile some of the great basketball players in Montana history. This was the first story of the series, originally published on June 13, 2016.)

Who is the best boys basketball player Montana has ever produced? Who are the top five? Ten? Twenty?

MTN Sports is looking at 50 of the best players to ever lace up their sneakers and step onto the hardwood in the Treasure State. Ranking the best is a difficult – if not impossible – task, so we’re recognizing five of the best from each decade to kick things off. We’ll count down the top 20 starting July 25, unveiling the best player ever to call Montana home Aug. 19.

We’ll work backwards chronologically, first looking at five of the best players since 2010. Keep in mind that some of the outstanding players – like former Great Falls CMR star and current Oklahoma City Thunder forward Josh Huestis – won’t be recognized in their decade. Huestis will be ranked somewhere in the top 20. To start things off, let’s look at Brendan Howard, the reigning Gatorade player of the year from Great Falls High.

Howard, a 6-foot-6 power forward playing for his dad Bob in Great Falls, won the Gatorade award after finishing up his junior season with the Bison in March. He’s averaged a double-double every year of his high school career, earning all-state selections each season.

(UPDATE: Howard finished his high school career averaging 24.1 points and 10.5 rebounds per game his senior season in 2016-17 to win his second consecutive Gatorade award. He graduated as Great Falls High's all-time leading scorer, then redshirted one season at Eastern Washington before transferring to MSU Billings, where he's spent the past two seasons. He was the Great Northwest Athletic Conference freshman of the year in 2018-19 after averaging 15.7 points and 5.2 rebounds per game. Howard averaged 20.3 points and 7.1 rebounds per game this past season, earning second-team all-conference recognition.)

Helena Capital coach Guy Almquist: “We never stop him, and we know that. There are going to be those times in the game where he gets the ball too close to the hoop, and when he gets it close to the hoop he’s almost impossible to stop. Really, our focus for him is to try and force him to the perimeter. Even though he’s improved in that area it’s probably not as strong as he is inside. The main focus is to try and make sure he only gets one shot. He’s the best offensive rebounder in the state and probably gets one-third of his points doing that.”