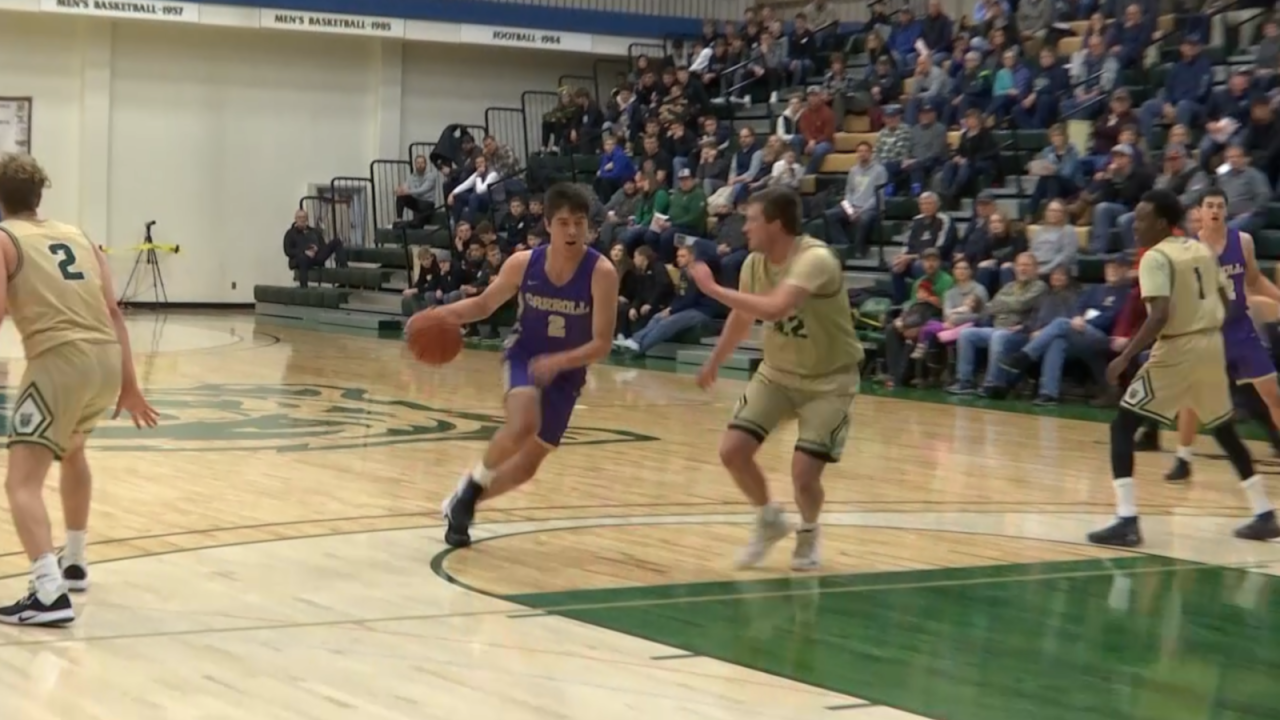 (Editor's note: While we're faced with a sports-less world during the coronavirus pandemic, MTN Sports is going to re-publish the original stories from the #MTTop50, which launched in 2016 to profile some of the great boys basketball players in Montana history. Our intention is not to revise history, so we're not going to change the order in which the players were featured. However, some articles will include updates to reflect the latest developments in a player's career. This was the second story of the series, originally published on June 14, 2016.)

Continuing MTN Sports’ recognition of some of the best boys basketball players ever to step on the courts in Montana, we head to the Hi-Line. Dane Warp has his name all over the Havre High School record books, and thus joins Great Falls High’s Brendan Howard on our list of the best players since 2010.

We’ll continue the list throughout the summer, recognizing players from each decade before beginning a countdown of the top 20 players on July 25.

Have some thoughts on which players should be in the top 20? On the all-decade teams? Join the discussion on Twitter using the #MTTop50 hashtag.

Warp helped lead Havre to the first-ever Eastern A super-divisional championship and a berth in the Class A state semifinals by averaging 27 points per game as a senior. The 6-foot-4 shooting guard was widely considered one of the top athletes in Class A, both on the hardwood and on the football field. He was selected to the Montana-Wyoming all-star basketball series, and scored 23 and 19 points in Montana’s two wins. Warp, who was named Montana’s Mr. Basketball, will continue his career at Carroll College.

(UPDATE: Warp wrapped up his Carroll College career with the 2019-20 season in which he led the team in scoring at 18.4 points per game and was named a second-team all-American. He shot 48 percent from the field, 44 percent from 3-point range and 84 percent from the foul line as a senior and added 4.7 rebounds and 3.9 assists per game. He was an honorable mention all-American as a junior when he helped Carroll to a runner-up finish at the NAIA national tournament. For his career, Warp scored 1,545 points, which ranks 13th on the Saints' all-time scoring list.)

Carroll coach Carson Cunningham: “He can really hoop. He’s a really good shooter. He’s tough, he’s willing to take it into the lane. And he likes the big moment, he doesn’t mind taking the big shots. And he’s got length at his position. Really, it was a no-brainer for us. He’s a fantastic talent.”