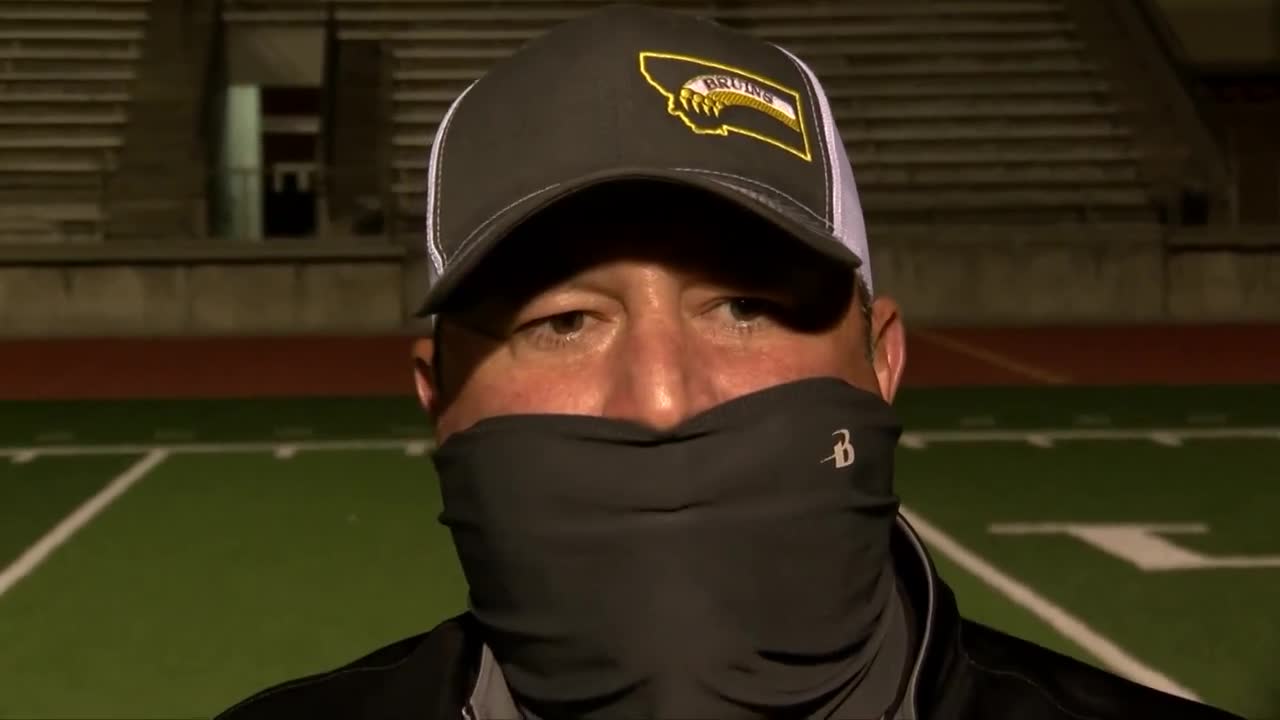 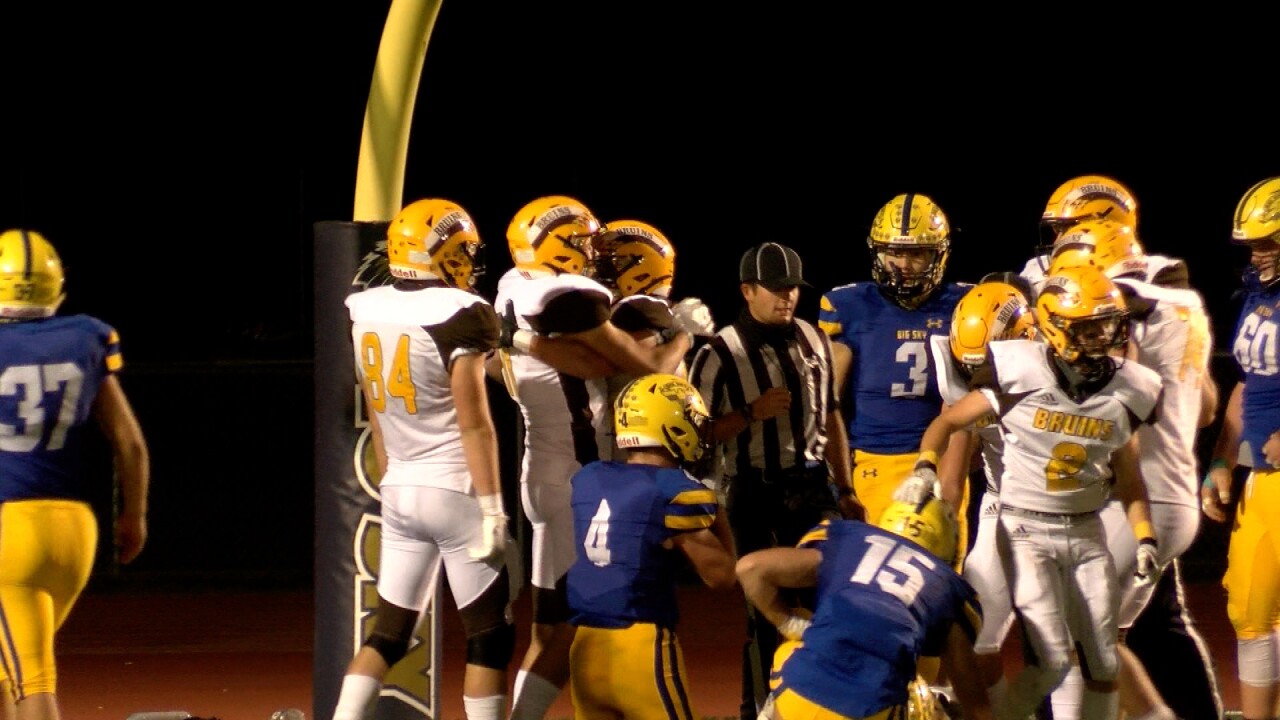 MISSOULA — When the Helena Capital Bruins rounded up in the postgame huddle on Friday night, one message was loud and clear.

Joy and excitement buzzed among the Capital football team after the Bruins defeated Missoula Big Sky 28-12 at MCPS Stadium. The win helped separate Capital in the jam-packed Western AA standings with only two games remaining in the regular season.

Now moving forward the Bruins are trying to use the momentum from Friday evening as they eye one of those playoff spots.

“Oh, it was huge. I mean, with several teams sitting there at 1-3, and Big Sky and Hellgate and us and trying to vie for those middle positions and whatever happens with Butte, and maybe you host something down the road," Capital coach Kyle Mihelish said. "You have to put yourself in position, but we can’t worry about, like I said to the guys after the game, we can only manage what we can manage. We can control what’s controllable and they did a good job."

Heading into Friday’s games, four teams in the Western AA were 1-3 in Capital, Big Sky, Butte and Hellgate. So Capital and Butte did themselves big favors by picking up wins. The Bulldogs defeated Kalispell Flathead to also improve to 2-3.

That fact wasn’t lost on Capital’s players who were excited to get back on the winning track after dropping a close contest, 20-13, against Butte last week.

“Coming in we knew we weren’t like what our record showed," said Capital sophomore receiver Tom Carter, who had two touchdown catches on Friday. "We’re way better than that. Everyone played great and excited for next week. Got to get another (win).”

“It feels great. I mean, we haven’t been able to really put teams away lately," Capital senior quarterback Matt Burton added. "I mean, the Butte game we didn’t finish it off and this game it ended different and it was nice to get that win.

"We kind of dug ourselves into a hole at 1-3 and so we just need to get ourselves out of it one step at a time.”

“It’s great and, you know, they created their own opportunity (Friday)," Mihelish said. "They finished the ballgame and we have now an opportunity to be one of those seeds in the playoffs if we continue to take care of business. But it’s good to set a goal and accomplish that. I’m proud of the guys.”

Six of the eight Western AA teams will qualify for the playoffs, with Missoula Sentinel (5-0), Helena High (5-0) and Kalispell Glacier (4-1) all sealing a berth on Friday. Butte sits in fourth and Capital fifth due to the head-to-head record. Big Sky (1-4) is currently in the sixth and final spot as the Eagles own the head-to-head advantage over Hellgate (1-4) while Flathead (0-5) rounds out the Western AA.

So with three remaining spots, Capital put itself in good position to make a run at the postseason, and the players are well aware that they control their own destiny right now as that message was clear as the Bruins celebrated their win on Friday.

“We’re taking it one game at a time," Burton said. "Our goal is to win out, but we have to focus each week on who we got coming up next.”

“Sometimes it’s a little more difficult with an inexperienced group, but these guys are growing up week to week," Mihelish added. "We’re playing with some kids that haven’t had a lot of varsity experience, but now we’re five games in so that isn’t something we talk about anymore. It’s something that we have to grow up as a football team and we got to believe in ourselves and we have to be the ones that make those plays.”

There is still plenty of work to be done and focusing on the task at hand and one game at a time allows the Bruins to prioritize their goals. The Bruins host Hellgate next weekend before ending the regular season with a crosstown matchup against Helena High.

“Just have to look at it as do or die," Carter said. "Got to get the best seeding possible. It’s all on us, no one can stop us except us. This win, or this loss coming up, it’s all us. Just got to keep rolling, keep doing what we do and know we got it.”

“This was big for us," Burton added. "Big Sky had the same record as us. We needed to come out and get this win and we need to come back firing next week, too.”