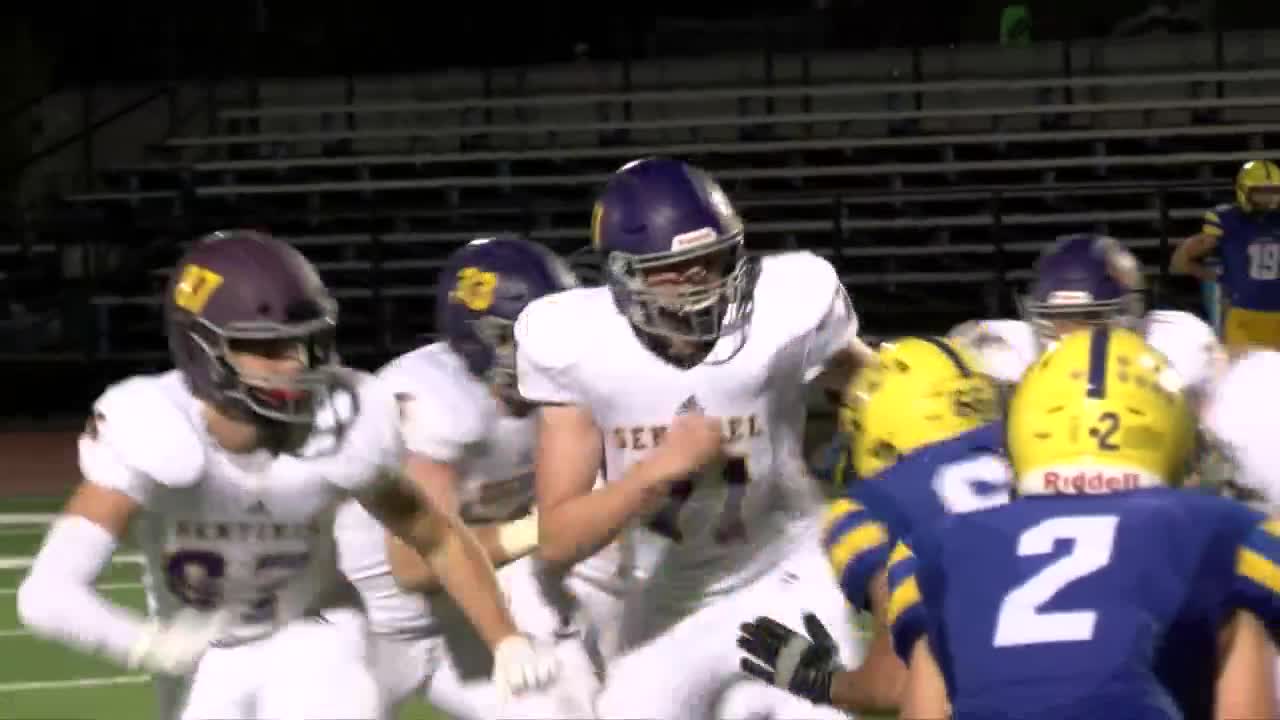 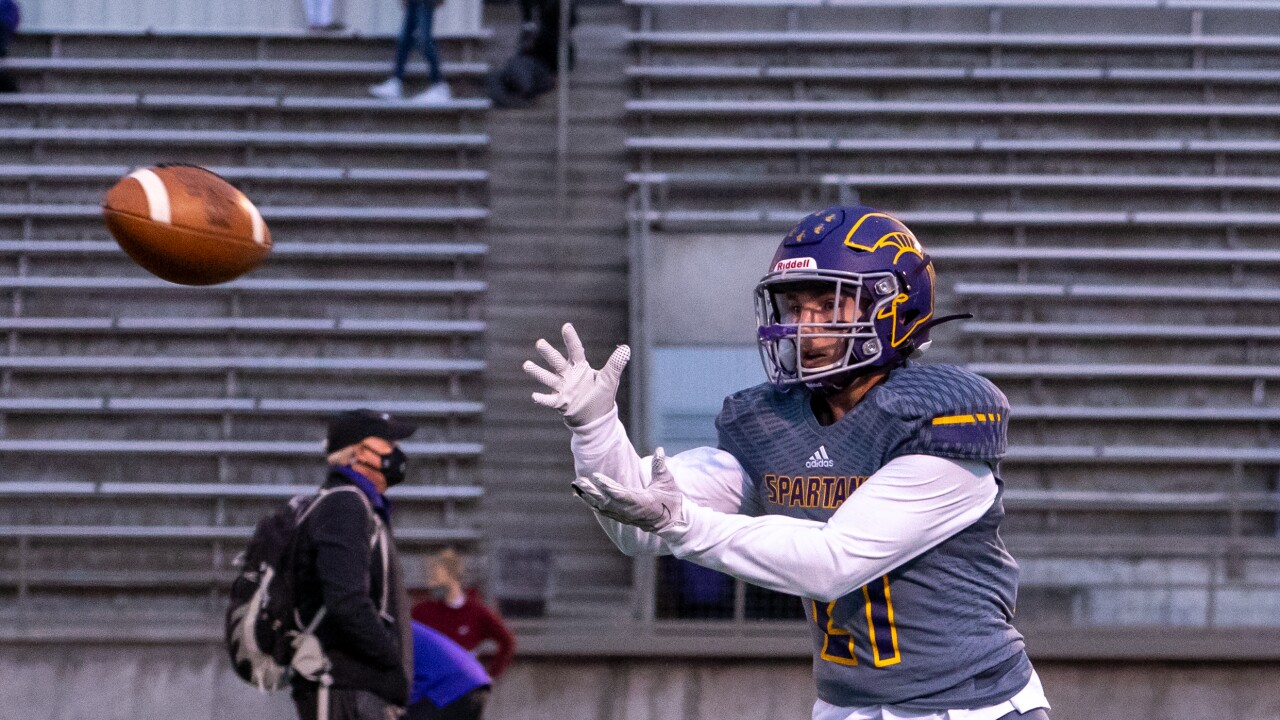 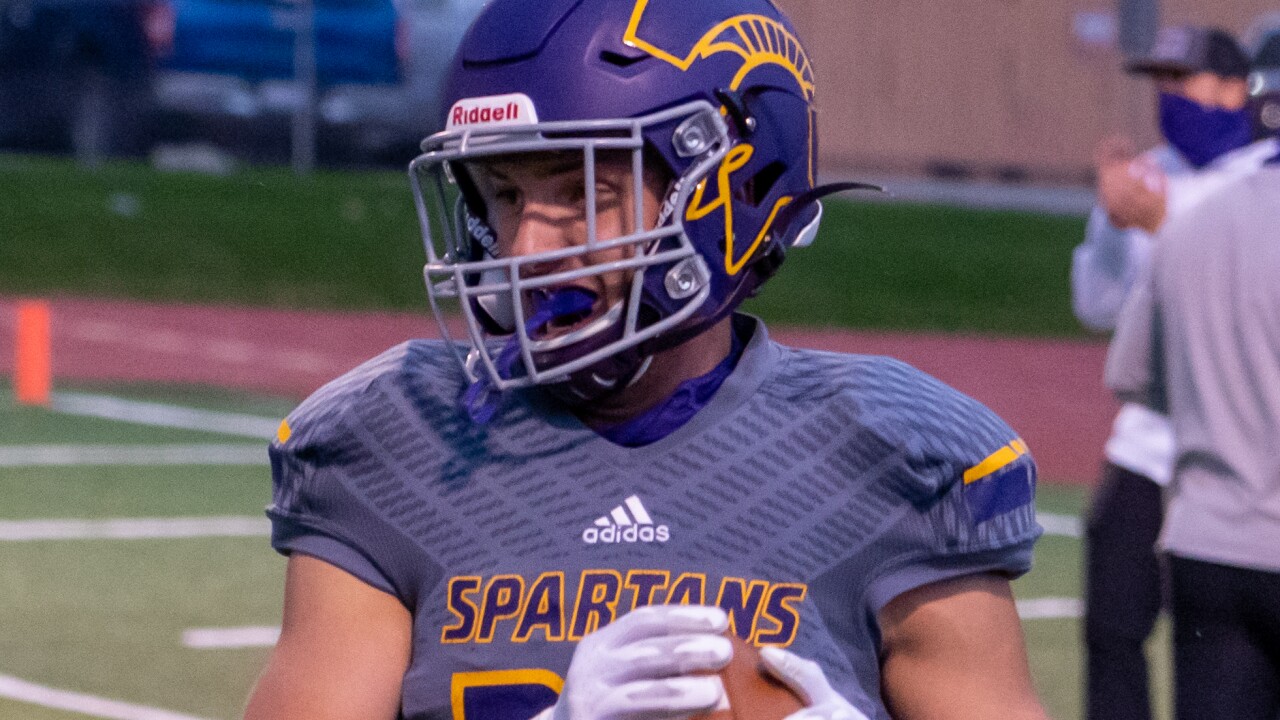 MISSOULA — The Missoula Sentinel football team has plenty of star power. Through six weeks of the Class AA season, the Spartans have poured on the points while stalling opposing offenses as they have cruised to a 6-0 record.

But just as important as the stars are the behind-the-scenes players whose impact flies under the radar.

Seniors Donovan South and Soren Syvrud have been just that for Sentinel, rounding out the team's depth and making big plays whenever their numbers are called.

“Donovan and I, we just try to make the most of our opportunities," Syvrud said. "We know we have a lot on this team, a lot of guys we can go to. Every skill player around, the (offensive) line and everything, there’s a lot of dudes that can make plays, so we make the most of what we get. The (offensive) line has been awesome, coaches put us in the right position to make plays and we’re just getting all of the yards we can, touchdowns we can for the guys.”

“It’s been great honestly. Just, we have a bunch of guys that can make plays and it’s nice for Soren and I when we get in and make the most of our opportunities," South added. "We’ve just been preaching family mentality this year, we over me. I'm just proud of everyone for just being so unselfish and making the most of their opportunities when they get them.”

South and Syvrud rotate as the team's lead running backs and start on defense as defensive backs. On a loaded team like Sentinel, opportunities can be rare, but the duo tends to make the most of it, whether it be a big stop on defense, a clutch run down the stretch, or their impact as senior leaders.

“We’re team-first kind of guys, Soren and I," South said. "We care about team success over our success. I feel like a lot of teams are big stat teams. We just care about our brothers and watching them succeed and making the most of our opportunities when we get them.”

South and Syvrud can see their roles vary game to game, but the two don’t mind, especially as Sentinel has rolled to an undefeated start and the two have had a front-row seat to that success.

“Everybody out here, we just have fun playing together and cheer each other on when someone else makes plays," Syvrud said. "It’s not all about yourself so we really care about our 1/11th doing their job each and every play, every game, every snap, so we’re big on making the most of our opportunities and just enjoying the game.”

“It’s been great, I feel like all of our seniors are leaders. We don’t really have a select group of leaders and that’s what makes this team special," South added.

When the two do have their numbers called, they produce. When required to handle little details elsewhere, same story. So their presence adds to Sentinel's depth and precision in each aspect of the game.

"Those guys are good for about seven yards a pop and they keep getting better," Sentinel coach Dane Oliver said. "But they know this game so well, they both played as sophomores and just can’t say enough about those kids as people, No. 1. I’m super happy for them.

“They’re always wanting more, right? We don’t want them to settle for what they’re getting, and they’re competitors and so they accept their role, but they’re working to constantly want more and that’s not just those guys, that’s everybody on the team.”

Syvrud has 47 carries on the season for 320 yards and three touchdowns, while South has toted the rock 35 times for 259 yards and two scores. Defensively both are among Sentinel's tackling leaders while Syvrud has a sack and forced a fumble against Helena High on Friday night, his third forced fumble on the season, while South has an interception to his name this season.

Both saw playing time as sophomores on varsity and started on defense a year ago, and to get to this point in their careers is special, especially doing it side by side.

“Donny and I, together we’ve been through this, everything," Syvrud said. "All of these guys are like my brothers, but he especially, we have a pretty special relationship through all of this, so it’s finally paying off. We're just enjoying every game, making the most of it. It's our senior year, so just trying to finish strong."

“Soren and I are really tight," South added. "We’ve been competing against each other since freshman year, making each other better every day. He’s just one of my best friends, I love the kid, it’s fun to compete with him and play football with him.

"(This year has) gone by so fast, it's crazy. It's been different but it's been special for sure. We've just been taking it one week at a time trying to enjoy every moment with our brothers. This is our last year together so we're trying to make it special."