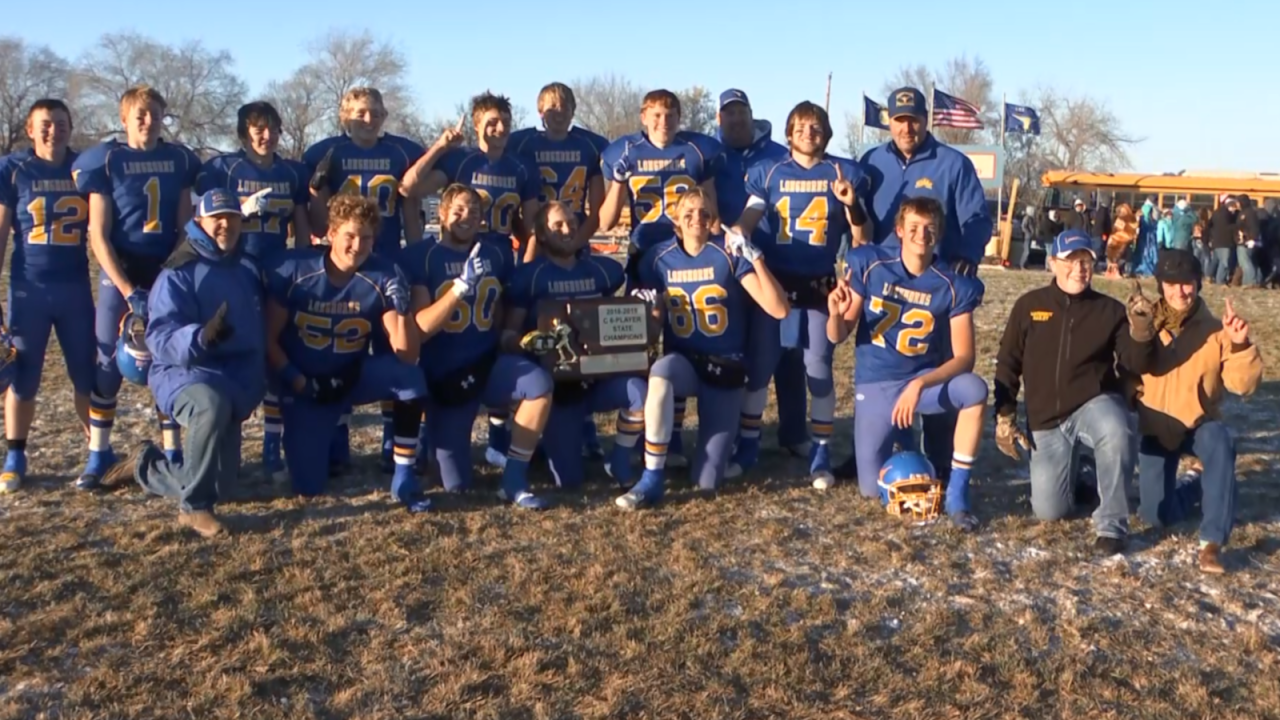 Wibaux is accustomed to carrying a target on its back into the football season.

The Longhorns have long been a perennial power, and they enter the 2019 6-Man season as the defending state champions.

But anybody expecting Wibaux to run roughshod over the 6-Man East again on its way to back-to-back titles should maybe pump the brakes.

“The East is going to be — it’s just seven teams, but there’s four or five teams at least that are going to be going for those playoff spots there. It’ll be good, because you’ll have a good game every week, and that’s always good for the kids and makes you better and hopefully that’s the case for us. We’re definitely going to have to work our way into things again,” said Wibaux coach Craig Lunde before adding, “but I like where we’re at and I like some of the kids that we have doing the things that they’re doing. I think our chances are as good as anybody’s.”

OK, so maybe the Longhorns’ hype train hasn’t derailed just yet. Maybe teams like Jordan, Richey-Lambert and/or Westby-Grenora will be able to unseat Wibaux this fall, but the Longhorns still return arguably the best player in 6-Man football in senior Tel Lunde, who was a dominant all-state player a year ago, excelling at quarterback and linebacker.

He’s a year older, a year more experienced, a year wiser and a year more comfortable as a team leader.

“He’s kind of like a coach out there helping me out with things as far as letting the other kids know what they’re supposed to be doing and what to look for, especially on defense,” coach Lunde said. “He’s a big help there. That’s the main thing. I think he’s just kind of like another coach on the field helping, not only the younger kids, but helps me a lot there, too. He sees a lot of things, lets me know some things that maybe we should be doing or shouldn’t be doing or doing differently.”

“Our defense looks like we’re filling the spots. We got three returners back, so a little bit less to fill there than offensively,” Craig Lunde said. “But it’s tough, we only have 10 kids practicing at the moment, so it’s tough to get a look at a team defense going against six on offense when you got an old 50-some-year-old playing quarterback and whatnot there. I can’t quite see everything, not giving them the truest of looks, so I’m anxious for a game to see how we do do there.”

Lunde and the Longhorns will get a true look on Saturday when they open the season against Bridger, a regular playoff team out of the 6-Man South. The Scouts are routinely one of the state’s highest-scoring teams — they twice scored at least 90 points in a game last season.

The South will look different this season, as Grass Range-Winnett, a semifinal team from a year ago, was forced to cancel its season due to a lack of players , leaving Roy-Winifred, Bridger and Shields Valley as returning playoff teams. Those three figure to be solid again this fall, but Harlowton is also joining the conference after moving to 6-Man from 8-Man.

As unpredictable as the South might be, the East will be equally competitive. Richey-Lambert has a nice team with returning all-staters Gabe Gonsioroski and Blake Lien, and Jordan returns a wealth of talent from its team that finished runner-up last season after an impressive playoff run. Keenan Murnion, Ed Murnion and Cole Murnion all received all-state recognition last year, and the Mustangs should be one of the best teams in the class.

Jordan kicks off its season with one of the state’s marquee matchups on Friday, traveling to Big Sandy, the heavy favorite in the 6-Man North.

“I think coming into the season we’re the team to beat (in the North),” said Big Sandy coach Larry Jappe. “I think everybody knows that, and everyone’s going to be gunning for us. These guys, there’s no reason that we shouldn’t be the team to beat and try to come out on top this year.”

Expectations are obviously high at Big Sandy and for good reason . The Pioneers are returning the bulk of their team, including all-state players Kade Strutz and Brock Proulx.

Another Big Sandy benefit: numbers. The average roster size in 6-Man football is 12.2 players, but the Pioneers have 18 players on this year’s team, giving Jappe practice options most teams lack.

Beyond Big Sandy, the North should feature strong competition for the final three playoff spots. Geraldine-Highwood is the defending conference champion, and Sunburst and Denton-Geyser-Stanford both advanced to the 2018 playoffs, but the league is adding 8-Man drop-downs Box Elder and Hobson-Moore-Judith Gap.

The West lost West Yellowstone to 8-Man, and Lincoln and Lima aren’t fielding teams this year, leaving just six teams in the conference. Hot Springs was the West’s No. 1 seed last fall and could again be the league’s team to beat.