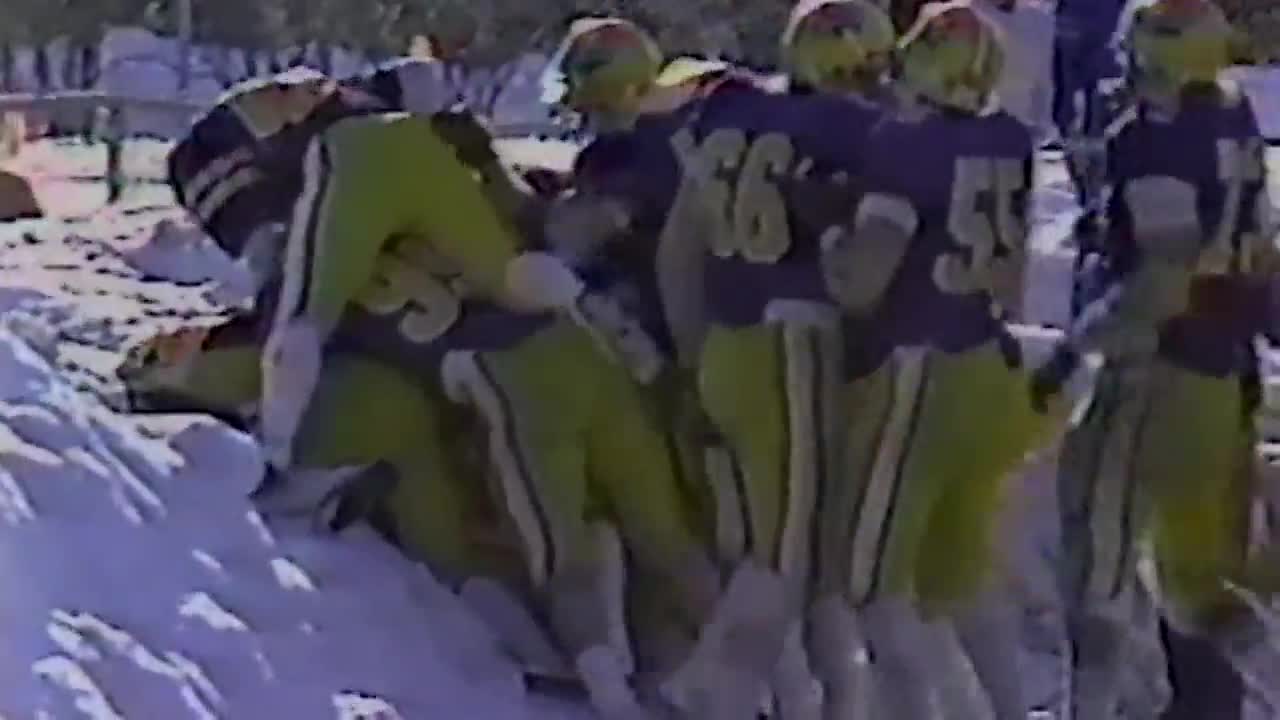 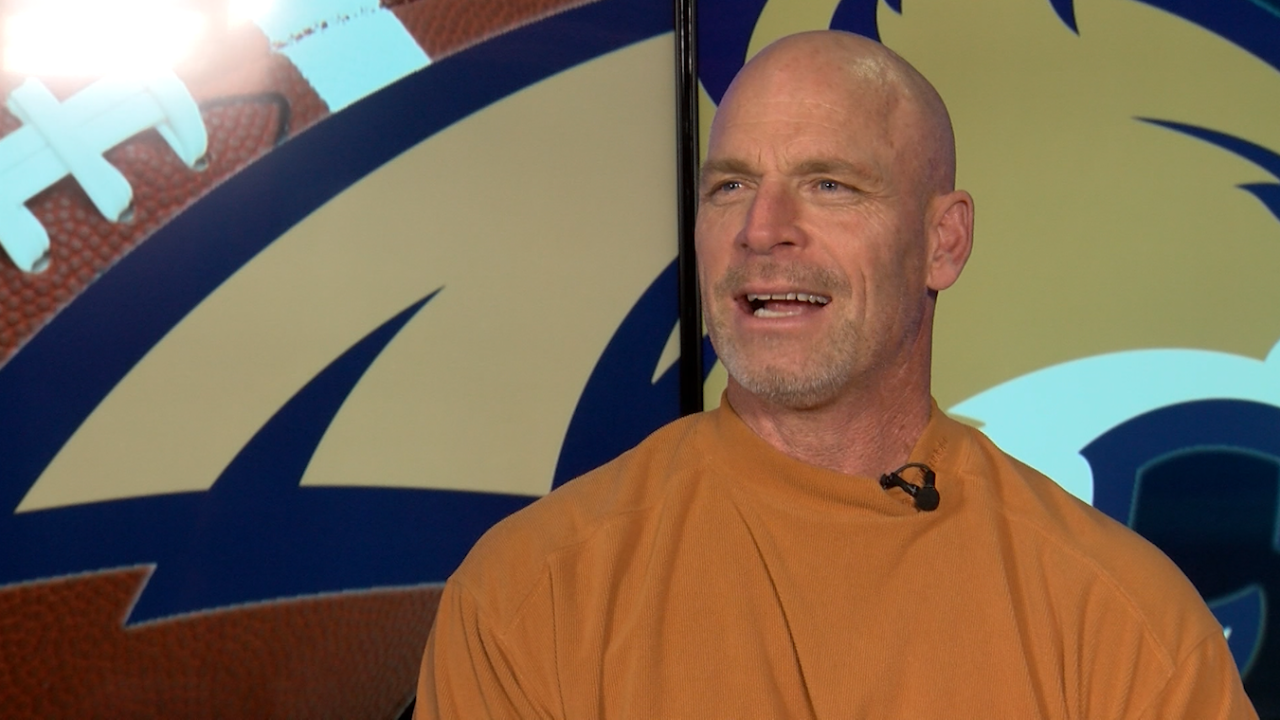 While the team accomplishment is what is remembered most, the individual accomplishments were many. And not many Bobcats put up numbers like Boulder native Kirk Timmer.

Timmer holds the all-time career record for tackles with 519 from 1983-86, a record that has stood for over 30 years. Following his career he was drafted by the New York Jets in the 11th round of the 1986 NFL draft and spent part of the 1987 season with the Dallas Cowboys.

These days, Kirk lives in Great Falls where he runs a home building company with two of his sons. We caught up with Timmer uring the week before Montana State’s recent trip to FCS semifinals to talk Bobcats past and present for our Sunday Conversation.

MTN SPORTS: What has it been like for you to watch the Cats make this run?

TIMMER: “Actually, it's been great. It's great anytime your team is doing this well, but this year has been kind of special because you can see the growth of his team as the season has gone on. They show a confidence that that I think some of the past year kind of lacked. As they progress throughout the season. You see from the way they play to how they carry themselves, they have that confidence. And there's nothing more dangerous than a team that has confidence and especially going into the end of the season. So, I think there's a lot of parallels to our (1984) team back in the day. We were a team that the year before we went 1-10. And going into that ‘84 season, nobody expected us to accomplish anything. Matter of fact our coach (Dave Arnold) would probably be the first one to tell you that probably the only reason why they brought him back for the ‘84 season was it was because we'd beat the Griz in 1983.”

MTN SPORTS: Cat-Griz was the one win huh?

TIMMER: “That was our one win against the Grizzlies. And a lot of people didn't expect that out of us. We started out the 1984 season 2-2. We lost to Eastern Washington and Idaho State. And as the season progressed, you could see that confidence grow and that confidence build to the point that by the end of the season our last game was against Fresno state, a much bigger school, and we beat them right before the playoffs. And by then we almost felt like that we were unbeatable, very confident and I think this (2019) team is starting to show that.”

MTN SPORTS: This year’s Cats had back-to-back losses in the middle of the conference season and then went on a run. Having a similar start in 1984, was it kind of like a switch flipped?

TIMMER: “In all reality, I don't think it's one play. I don't think it's one game. It's a process that builds. And we came back and ended up winning against Weber like 44 to nothing. And it was kind of that point that something switched or flipped I'd say but it built each week. We were a team that always came from behind. And if you look at the (2019) Bobcats early in the season when they were winning, they were coming from behind. But now they seem so confident that a lot of their games you can tell they're in command early on and they just have that. I think you can kind of fake confidence. But I don't think they're faking. I think it's something that's just building each week. And I think that's one reason why they're so dangerous.”

MTN SPORTS: Now, I know that the Cats won a title in 1976 too. So when you guys won it hadn’t been that long. Has it surprised you at all that it's taken this long to get back to that level where they’re among the top teams in the nation?

TIMMER: “To be honest with you, a bunch of us guys from 1984 were talking a couple of years ago, and it was kind of a unique conversation cause it was like we were all ready to pass the torch to somebody else. To not be here 35 years later talking to us you’d be able to talk to another team. And it's taken that long. And you always love to talk about the old days, but the reality is there should be another team by now that’s talking about their national championship. So yeah, it's been a long time coming. But I think this might be the team that can do it.”


MTN SPORTS: You mentioned you chat with those guys often. What is the relationship like these days and I’m sure there’s reunions and group chats and things like that?

TIMMER: “We actually did a 35-year reunion this year and when you go back it's like nothing's changed. It's 35 years. Everybody's older, everybody's starting to get crippled and change in looks. But those relationships are still there, the people still talk and act just like they did when they're 18, 19 years old. And yeah, it's great to get back with them. You know, we had a lot of Montana kids on our team, a lot of small-town Montana kids, whether it was Choteau, Fairfield, Boulder, Chester, Deer Lodge, a lot of small-town guys. And so, it's easy for a lot of us to get back. And so we get together every year and quite often, sometimes multiple times a year.”

MTN SPORTS: Are you able to get to many Bobcat games?


TIMMER: “Trace, my middle son got done about three years ago so we used to make all of them then, but in the last couple of years we usually make two or three.”

MTN SPORTS: Now, I know you guys went through a phase when your son Ty was playing at University of Montana. You're a legacy Bobcat family. What were those years like? Having a rooting interest on both sides of the divide?

TIMMER: “I'll be honest with you, when he first went there, it was tough. I will say Bobby Hauck did an awesome job of recruiting Ty and Bobby earned it. Bobby did a great job, but I will say that once Ty went over there, we had to go buy Griz clothes and we wore the colors and I was quite impressed with their program. Impressed with what he did with that program. And I will say that it makes it easier today because if the Bobcats lose to the Grizzlies, it doesn't hurt quite as bad because of my son being over there. So yeah, it was unique. It was different, I didn't expect it, but it happened and it made me appreciate their program made me appreciate what they've done over there in Missoula.”

MTN SPORTS: And I mean - college football and the Big Sky is better when the Cats in the Griz are competing at a high level it seems like?

TIMMER: “I don't think people realize how lucky we are in Montana with our football. We've got great football, we don't have that pro team or that team that's maybe taking away from the exposure. And not only do we get great football and we got a lot of great local kids, but they're the only show. And I think the kids at the university really benefit from that.”

MTN SPORTS: Kirk, what would a advice would you have for this year's Bobcats?

TIMMER: “Keep doing what they're doing. You know, I said this earlier in the interview, that there's nothing more dangerous than a team that's got confidence. This team has confidence, this team will succeed. And I think when they go out there Saturday, they won't be faking it. They'll believe in it. And when you've got that unrelenting confidence, when you step on the field, you're hard to beat. And I think they have that, and I think they'll be successful because of it.”

MTN SPORTS: Let’s go back to your playing days. How would you describe yourself as a linebacker, as a player?

TIMMER: “Oh, I don't know. If anything, I’d say rangy. I could run fairly well, but I was fairly large, I'm 6-3. I will say one thing that I had was a great line in front of me. I had a lot of tackles, but I wouldn't have got those tackles if it wasn't from a great front four in front of us. And I would say the one thing that probably stood out the most about our team was the guys in front of us. We had a front four that was pretty darn tough. You know, if you were in a street fight, those are the guys that you'd want on your side. Tough Montana kids lived in the weight room. Good football players.”

MTN SPORTS: And that's kind of the through line I feel for every successful Bobcat team is a solid core of good Montana kids. Does that kind of seem to be the case?

TIMMER: “Yeah on either side of the state, whether it's UM or MSU. When you've got that solid core of Montana kids, those hard-working kids with great work ethic, they're the type of guys you want to line up with. And that's one reason why both schools were successful because they've got enough of those. And I think as long as both teams keep that they're going to be successful in the Big Sky.”

MTN SPORTS: Now are you surprised that your tackle record has stood as long as it has? Is that something that’s a point of pride for you?

TIMMER: “It's something to be proud of, but like I said I wouldn't be there if I didn't have good guys in front of me.”

MTN SPORTS: Kirk, what's your family up to these days? What are the three boys doing?

TIMMER: “Ty is out doing his orthopedic residency of all places in Fargo right now. He spends a little bit of time with the NDSU program and Trace and Trevin are both back here in Great Falls doing construction with me. They graduated in engineering and now they’re spending time with the old man.”