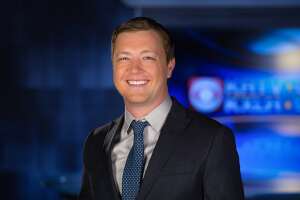 Tom Wylie joined the MTN Sports team in June of 2014 and – holy moly! – he couldn’t be happier to be back in the Treasure State.

Tom spent the previous two years in the deep south as the assistant sports director at WJBF-TV in Augusta, Ga. Tom was raised in Bozeman, so living in the south was a life-changing, but incredible, experience.

While in Augusta, Tom was fortunate enough to cover two Masters tournaments and even had a chance to fulfill a lifelong dream and play the course at Augusta National twice.

Tom has covered NFL, SEC and ACC football, and drove a NASCAR at the Charlotte International Speedway. He has interviewed sports legends like Gary Player, Bill Walton, and William “Fridge” Perry. But his best experiences come from watching north-central Montana teams and athletes win state championships.

When not at work, Tom is spending time with his wife, Tianna, and their daughter, Cece, criss-crossing the state to visit friends and family.

Oh yeah … and Tom’s mother wants him to mention that he was nominated for a 2013 Southeast Emmy award for his work on “WJBF Football Friday Night”. He also won a Georgia Associated Press Award for a story on a South Carolina high school basketball player who was granted a fifth year of eligibility after missing a season due to a cancer diagnosis.