The cowboy and the trick rider: a love story 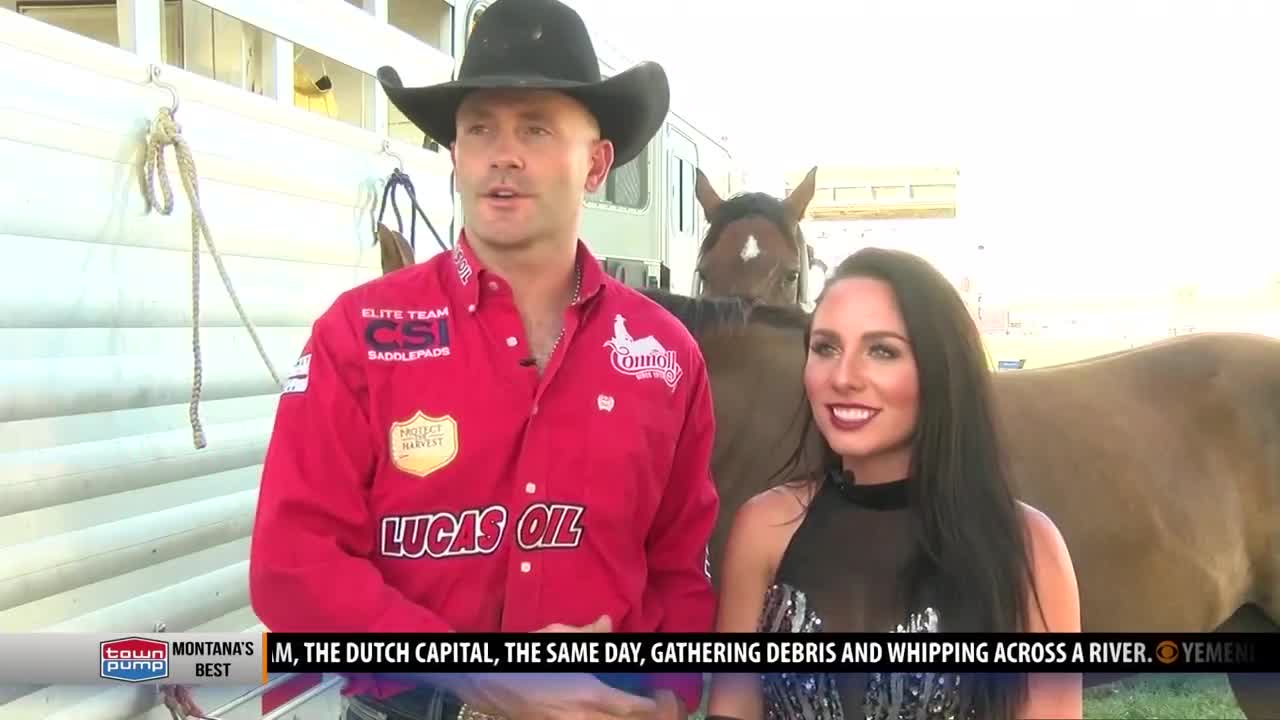 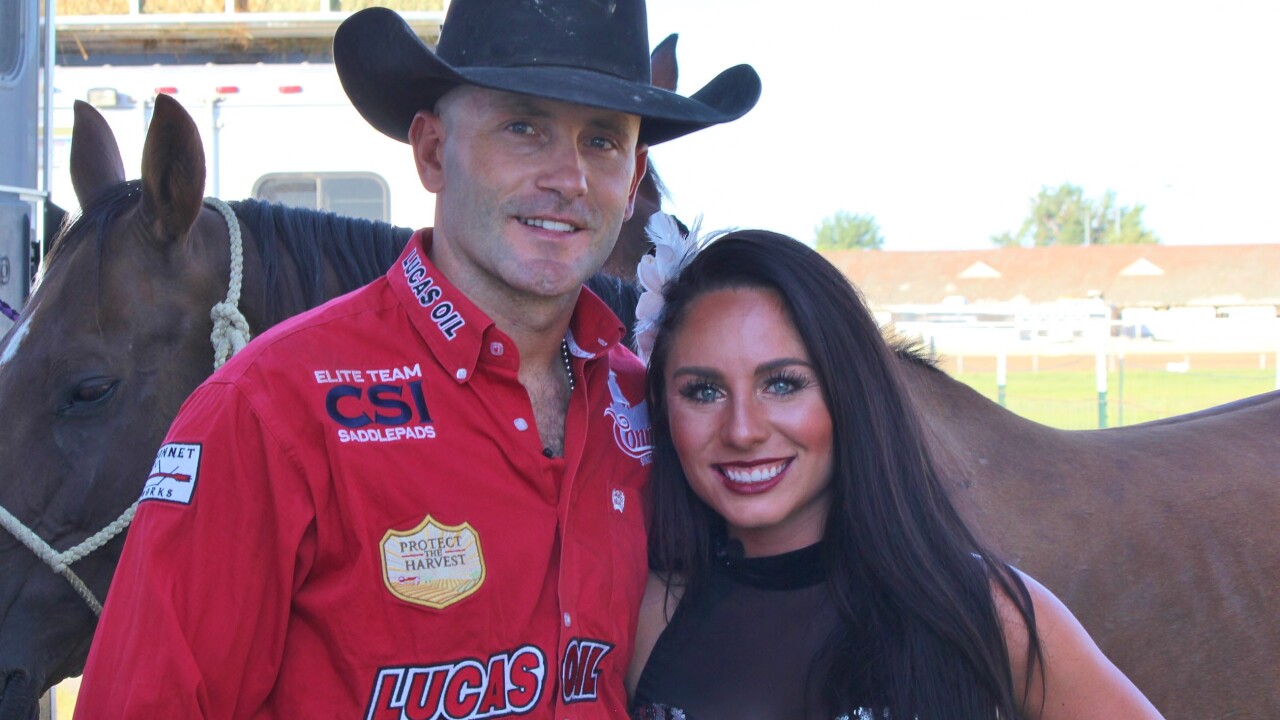 GREAT FALLS -- World champion trick rider Haley Ganzel thrills crowds across the country as a PRCA specialty act. There’s not much she can’t do on horseback with her trusty steeds Jiminy, Cricket and Cisco.

“I’ve been performing since I was 5. My uncle (Shawn Brackett) was the four-time NFR specialty act and he’s retired now and I get to carry on a family tradition,” she said. “I’m getting to live out a dream I’ve had since I was a little kid. I owe it all to my horses back here, because they’re the hard workers so they do more out there than I do.”

Lately she’s been able to live another dream in the arena, working alongside her fiancé.

He’s also a world champion who you may have heard of.

But when he’s helping his betrothed in the arena, he’s happy to blend in with the scenery setting up props, clearing obstacles, lighting torches and watching Haley with pride.

“I know her act in and out and have done it over 100 times now,” Proctor said. “Last year at Pendleton, I got bucked off my bronc, walked right over and started setting her stuff up. For these big rodeos, the support I can show her is helping out. I want her act to be something special.”

He laughed and added: “I get more nervous for her than she does for me.”

For Ganzel, whose act involves roman riding on top of two horses, leaping through a flaming hoop and other impressive feats, she loves when Proctor can step in and help the show run smoothly.

“He stresses out when I’m not ready,” she laughed. “He wants everything done and taken care of, and he will have things taken care of before I even get around to it. I kind of get spoiled when he’s with me”

Now Proctor still has a day job. He retired from the PBR last year, but he's still rodeoing full time in the PRCA, riding both bulls and broncs. His goal is to be the first roughstock rider to win the world all-around title since 1998.

He’s at a new rodeo each day, while Ganzel takes her act to different rodeos each week. But the two have made the crazy schedule work.

“We just know this was our dream, and we can’t do it forever and I support him and he supports me,” Ganzel said. “It’s fun to get to be out there with your best friend, and we get to do it together.”

“I always try to make sure to enter the rodeos that she’s working at so I can see her,” added Proctor. “But you do go two-to-three weeks sometimes and all you get to do is talk on the phone or FaceTime.”

But the miles and the phone calls and the busy schedules are worth it. And it will make the next phase in their life worth savoring.

“Eventually it will slow down, eventually we will start a family and we won’t have any rodeos that we have to go to until our kids are rodeoing,” Proctor said. “Right now we have the opportunity to travel and do everything we want, and we’re very blessed with that.”

Proctor and Ganzel will tie the knot on Oct. 5 in Oklahoma, the week after the 2019 rodeo season ends.