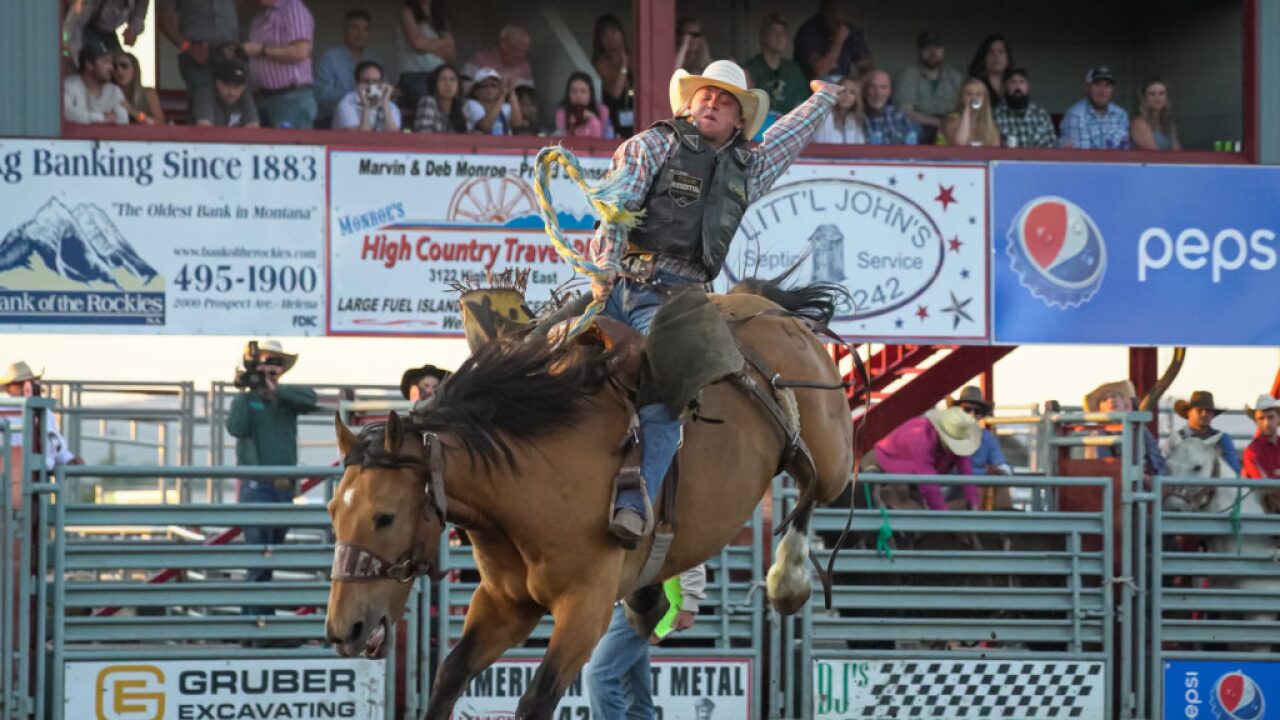 HELENA – It’s hard to imagine a summer without pro rodeo in Montana.

“It’s the biggest of event of the summer at Belt, at Augusta, at Helena, at Great Falls, wherever it may be,” said longtime PRCA announcer Will Rasmussen of Choteau. “It's just the biggest, most impactful event there is all year long.”

Faced with the untenable possibility of canceling the majority of the Montana Pro Rodeo circuit season, the Montana PRCA got proactive.

“The Montana PRCA formed a task force to represent the 33 rodeo committees that currently make up the Montana pro rodeo circuit,” Rasmussen said. “And we wanted to set up a meeting with the governor or the governor's office to see what we needed to do to at least make an informed economic decision.”

On Monday afternoon, they participated in a teleconference with Adam Schafer, the Chief of Staff for Governor Steve Bullock, and Ken Fichtler, the Head of Economic Development for the State of Montana.

“We gathered numbers concerning economic impact that rodeo has all over the state of Montana and the approximate number of people around the state of Montana that it economically impacts,” Rasmussen said. “And the economic impact is great. Rodeos in Montana generate over $20 million, and that doesn't even include the County fairs and other events around rodeo. That's just purely rodeo.”

Between competitors, contract personnel, vendors, sponsor businesses and everywhere in between – rodeo provides an income for more than 350,000 people statewide according to the numbers produced by the Montana PRCA task force.

In the current Phase 1 of the state’s reopening plan, public gatherings are limited to 10 people, which makes hosting a rodeo that relies on fan attendance and sponsor support nigh impossible.

A summer without rodeo would be economically devastating to the state of Montana and the small communities that host pro rodeos and rely on the income generated from these annual events. So far rodeos in Belt, Glendive, Hardin, Fort Benton and Augusta have already been canceled with lucrative events in the early part of July, what is known as Cowboy Christmas, in jeopardy.

“Our goal was simply asking them to give us a chance to at least come up with a decision based on economics and the realism of everything,” Rasmussen said. “We also went through our proposal developed by the PRCA where every rodeo follows a set of stringent guidelines, protocol suggestions, and we took them step-by-step through what we would do as far as hand sanitizers, cleanliness, and social distancing.”

Rasmussen said the conversation with the governor’s office was respectful and insightful, if not exactly conclusive.

“They thanked us for the outreach, thanked us for the information and reminded us that we are still in Phase 1,” Rasmussen said. “One of their big concerns was how do you police the regulations that we would put in place. So that was a concern. People coming from out of state to rodeos was also a concern. But they took our information and concerns under advisement. They understand what's going on supposedly.”

There was a modicum of good news for the task force. Before the meeting it was presumed by committees and county health departments that Montana would need to move to Phase 3 of reopening, when limits on public gatherings are lifted, before it would be possible to host a pro rodeo.

But in the course of the meeting, the task force learned they would have approval to host a pro rodeo in Phase 2, when limits on public gatherings increase from 10 to 50 people.

“In a rodeo stadium you can sell tickets to groups of 50 and they can sit shoulder to shoulder. Outside of that group of 50 you can go to a safe distance and sell another group of 50 tickets so it's not social distancing between individuals per se,” Rasmussen said. “But if that is indeed the case, then I believe that at least rodeos have some more to chew on, some more to consider and provide a layout where they could follow that guidelines depending on the size of their stadium and grandstand.”

But as for when Montana might move to Phase 2? Well, that's the question on everyone’s mind.

“They did not indicate when that would happen and when we asked them, they would not give a definitive answer,” Rasmussen. “The only thing they said was hopefully soon.”

Not much to go off, but the dialogue has started. With COVID-19 cases low in the state, and a willingness from both parties to ensure health and public safety, the task force hopes the conversation leads somewhere.

“We had a great respectful meeting and presented our case and so we'll wait,” Rasmussen said. “But for the sake of communities, not just professional rodeos, but all levels – rodeo is the fabric of Montana. It's what makes Montana, Montana. And just to lose that, regardless of the financial impact, it's a tough pill to swallow. So, we'll push the issue if we don't hear back in the next week or 10 days.”

The rodeo community in Montana has a voice, and they’re hoping the people in charge of managing the COVID-19 crisis in the state have an ear.