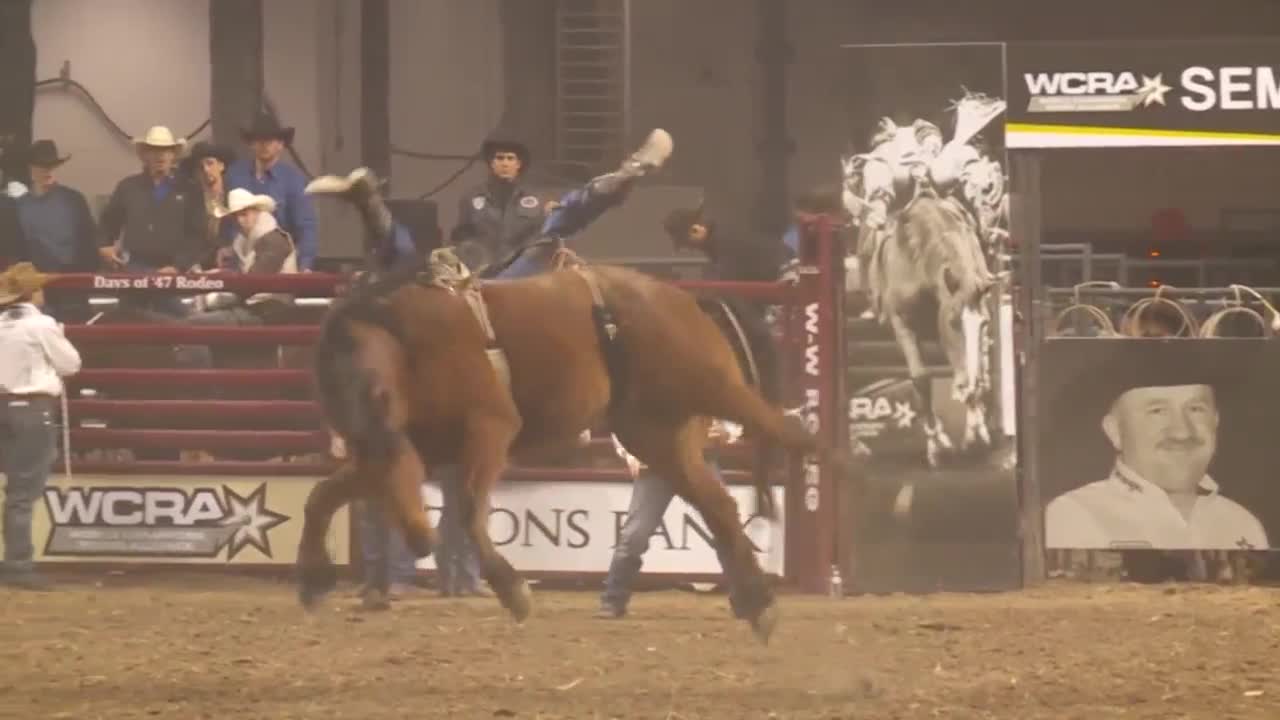 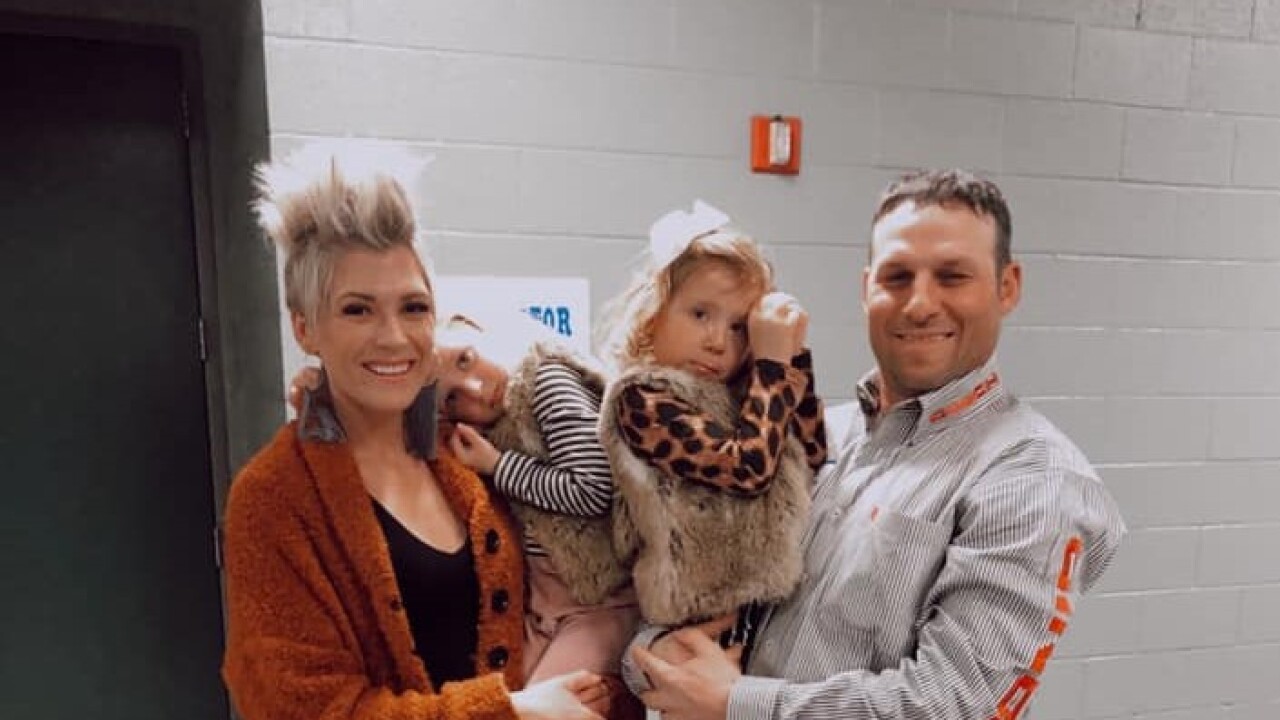 POWER -- The memory is still fresh for Jessy Davis.

Davis, a seven-time NFR qualifier who lives in Power, instantly knew something was wrong as he laid in the dirt at the Maverik Center in Salt Lake City. He had lasted seven seconds on a horse named ‘Ted’ at the Lewis Feild Bulls and Broncs event on Feb. 4.

The last second would change his life.

“It got me in the guts pretty good. I tried to get up and I couldn’t, and I knew something was wrong with my body here,” he said. “I’ve never felt that way before. And I remember going in the ambulance and that's about the end of it.”

His next memory was waking up in the hospital three weeks later.

“I'm like, ‘Cassidy, what are we still doing here? Aren’t we supposed to be getting out of here by now,’” Davis recalled. “I had no idea that they had to do all them procedures and stuff.”

But Power’s wife, Cassidy, was there and alert for all of it. And what she, Jessy and their 4-year-old twin daughters Quincee and Cru went through was harrowing.

The horse had split Jessy’s liver in half. Doctors at InterMountain Medical Center in Spokane were able to remove the damaged 55 percent of it and save his life with more than 21 liters of blood, five times the amount in his body.

“I guess I really never realized exactly how bad it was until the doctor kind of started explaining things a little more to us,” Cassidy said. “You can't explain the feeling. I just sat there and watched Jess and prayed and hoped for the best and kept a close eye on the girls. They were a little confused about their daddy there for a while. So, it was tough.”

Initially the outlook was grim.

Davis experienced several setbacks in the first few days and weeks. He underwent five surgeries to drain fluid from his body, clean up his damaged organs and received a skin graft over his abdomen.

“The doctor said nine out of 10 people never would have survived this injury,” Cassidy recalled.

But Jessy has never backed down from a challenge and beat those odds. Thanks in part to support from his family and the rodeo community he got stronger. And a return to a normal life started to seem more like a reality.

“A lot of my buddies that I rodeoed with, they stopped in there and paid their visit,” Jessy said. “And people were reaching out from all over the world. So, it's just like stuff like that that really helped me get stronger and try harder.”

After watching Jessy become one of the top cowboys in the world and seeing him overcome any obstacle in his path on the road and at home, Cassidy knew firsthand how tough Jessy is and never lost faith that he would make a recovery.

“Jessy Davis is tough. That's one thing I never doubted. I knew he would pull through,” Cassidy said. “The doctor told us the other day that when he retires, Jessy will be one of his top five most memorable success stories. He'll always remember Jessy because of how tough he is. They were pretty amazed with him.

“Jess has overcome a lot and accomplished a lot in his life and in his rodeo career. So, he's one tough guy.”

The Davis family returned to Power last week. They had initially hoped for a get-together with family and friends, but Jessy’s immune system is still recovering after the trauma to his organs so he will be on lockdown for the foreseeable future to avoid the COVID-19 pandemic.

Jessy is still experiencing some lingering pain and lack of energy, but he’s slowly returning to full health. He will return to Salt Lake City sometime in the next six months for one final round of re-constructive surgery.

Davis, 39, had been tossing around the idea of retirement for the past few months and was drawing closer to hanging up the rigging before his last ride. This experience was the final push he needed to call it a career.

“I have a few bad dreams every other night where I’m thinking I have a bad one to ride the next day and then I'll wake up and realize that, ‘Hey, I don't have to get on it,’” he laughed. “So I'm going just hang it up right there. I’ve done all I could in rodeo and left on top. But I’m especially grateful being alive today.”

No more broncs for Jessy. Just a quiet life on the ranch in Power with his beautiful family.

You earned it, cowboy.