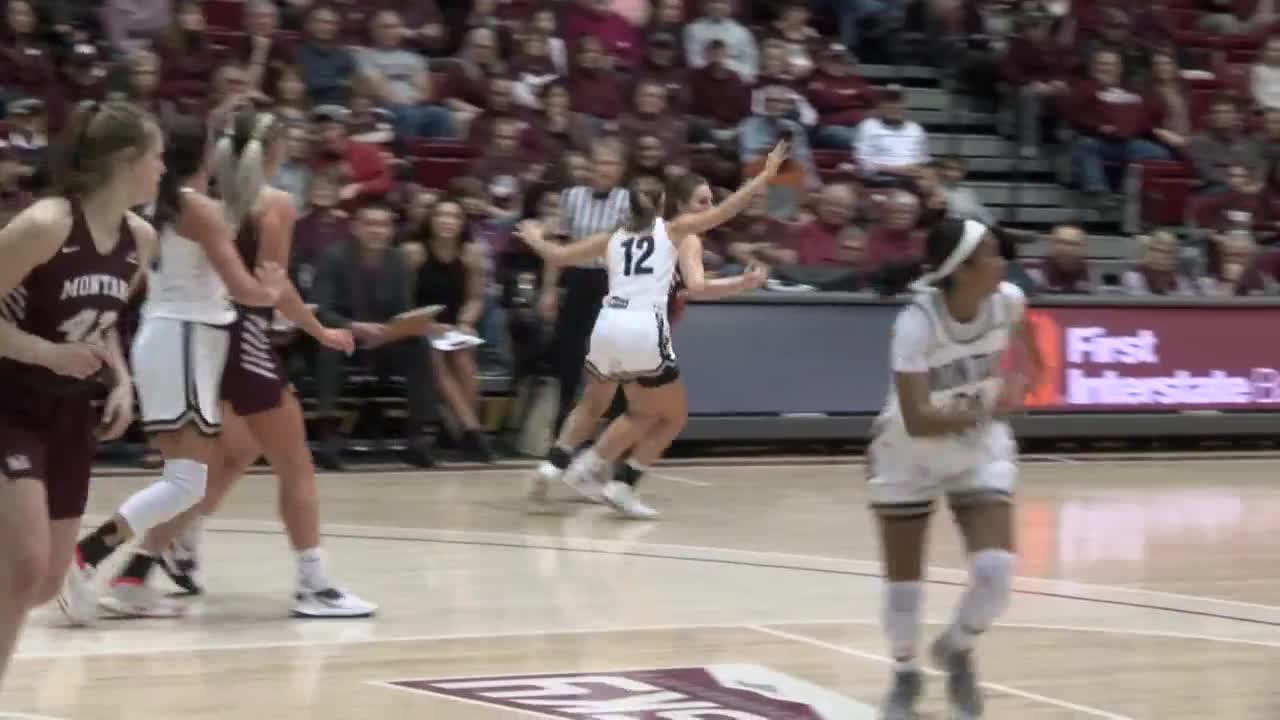 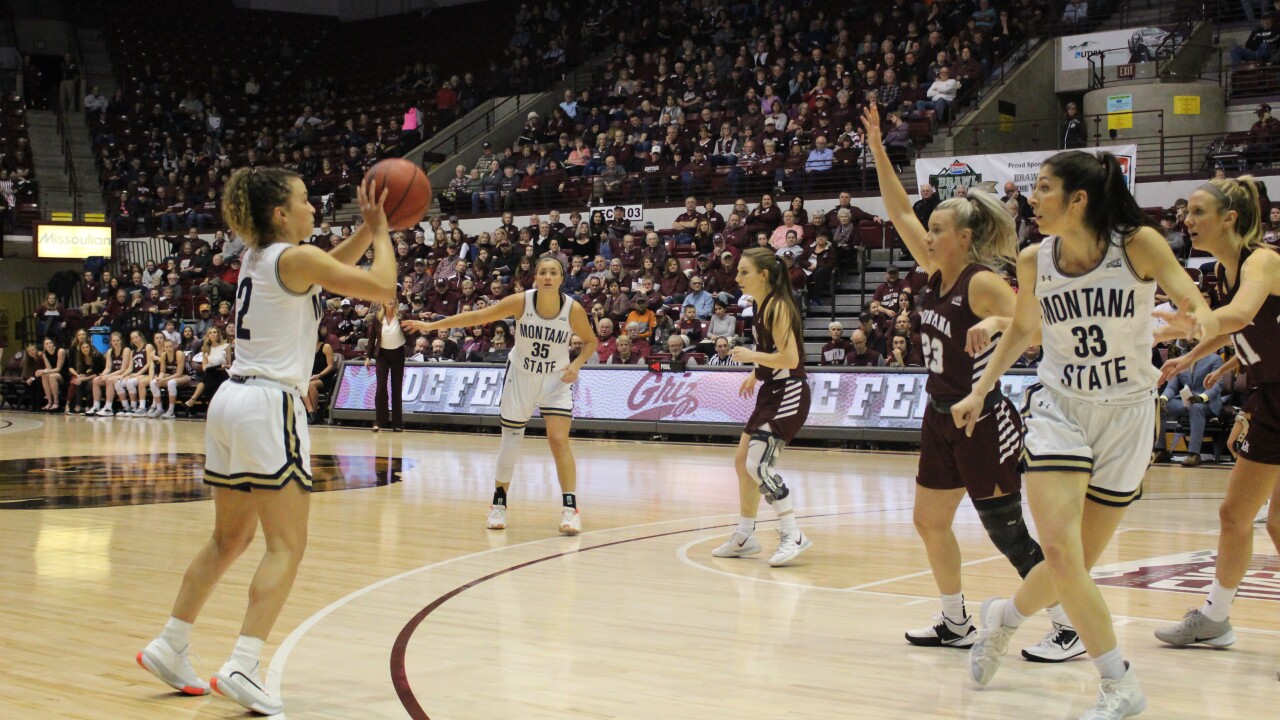 MISSOULA -- Despite trailing by 14 points late in the third quarter, Montana State raced back furiously to defeat the Montana Lady Griz 66-61 in overtime on Saturday afternoon at Dahlberg Arena.

MSU's Fallyn Freije knocked down a jumper with 13 seconds left to play to tie the game 51-51. Montana couldn't score on the final possession which sent the game into the extra period.

Montana led 46-32 with 3:22 left in the third quarter after a pair of McKenzie Johnston free throws. However, the Lady Griz did not connect on a field goal in the fourth quarter, going 0-15 from the field and picking up a total of three points from free throws. Montana went just 5 for 33 from the field in the second half.

“We just didn't have the shots that we were taking in the first half," said Johnston. "In the first half, we were taking our time getting good open looks and things were falling for us, which helps. In the second half that wasn't the case we were rushing shots. They got us out of our tempo and I think that was a big part of it.”

In the first half, Montana State struggled to find any rhythm on offense as the Lady Griz held the Cats in check. Montana State ended the half shooting 8 for 31 (25.8 percent) from the field and 1 for 10 from beyond the arc.

"Sometimes we would have a play call and say, I think they are in zone," said Freije. "So I'm not quite sure what they were doing, but it doesn't matter, we have to execute plays. Most of our plays we can find an opening whether it's man or zone. So I think we definitely kind of struggled against that right away and then we realized whatever they are doing, we have to execute. That's on us."

In the second half MSU and Freije figured it out. In the final two periods MSU outscored Montana 24 to 18. Freije led the game with 27 points and scored 10 of Montana State's 15 overtime points. She also grabbed 14 rebounds in the win. Freije knocked down a jumper with 32 seconds left in overtime to give MSU a 62-61 lead, then after Montana missed its next shot, she knocked down two free throws to make it a three-point game with 23 seconds to play.

“As a leader and a captain we definitely put a strong emphasis on our defense," said Freije. "It felt like just from the start of the game it wasn't quite us, it wasn't awful but it definitely wasn't where we have been before. We switched from switching everything to just stay locked on and I think that helped our intensity a little bit."

“When you let Darian (White) go be Darian in the back court, we want her to help us get the offense started from a little further away," said Tricia Binford. "We were also in a situation where we needed to make something happen too. So, I just think she has a lot of spirit out there and tries to pick up some pressure."

Johnston led Montana with 20 points while Madi Schoening added 11, with six of those points coming in the overtime period.

"We are just very comfortable in those situations, at this point," said Binford. "This is our third that we are going into and I felt like that Idaho loss, everybody just wanted to get that back. There were so many things that flustered us down the stretch and the balance slipped away. So, we've got a little chip on our shoulder for not finishing that game well. So, I feel like they've been a little more settled and know what to do in those situations and the kids stepped up."

“The old 0 for 15 will hurt you every time," said Montana head coach Shannon Schweyen. "It's just disappointing because we put together such a good ball game. Still managed to hang on and let it get to overtime and we just couldn't get her done down the stretch. We had some things that we weren't executing very good offensively down the stretch at all. So, that was disappointing but I'm very proud of the way the ladies played. Coming into the locker room afterwards, they know they are a great team that can play with anybody in this conference.”