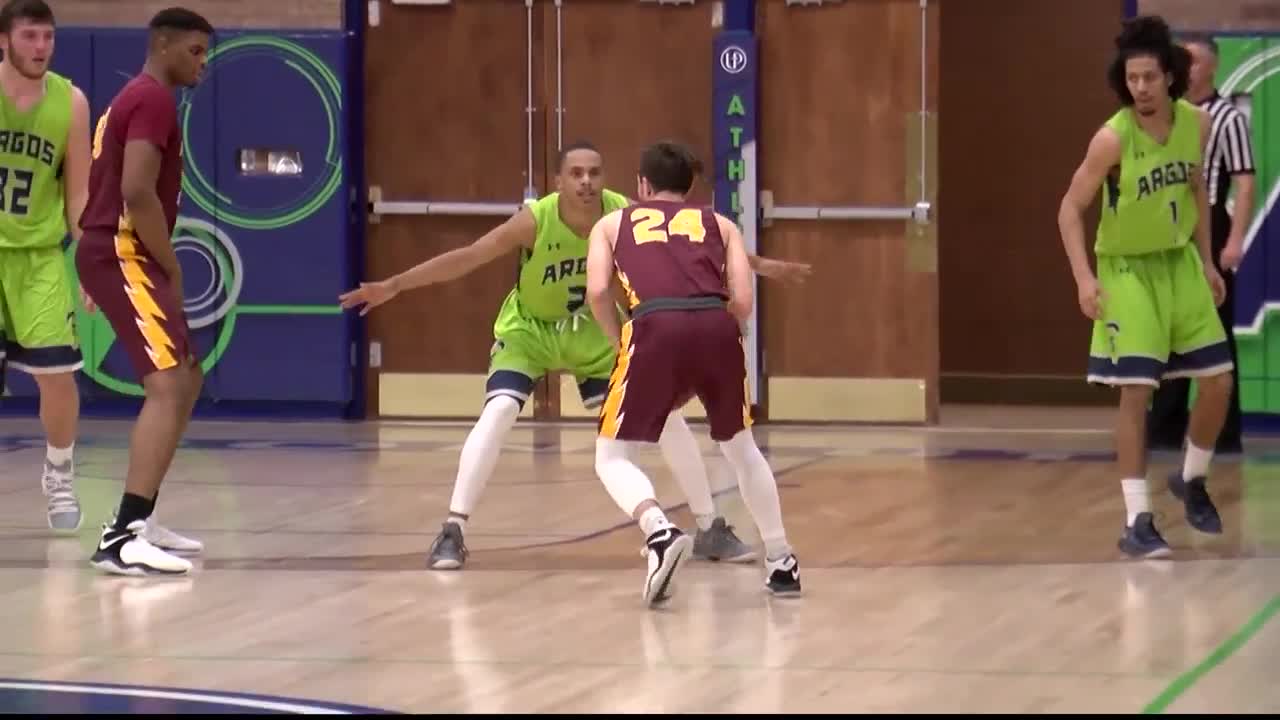 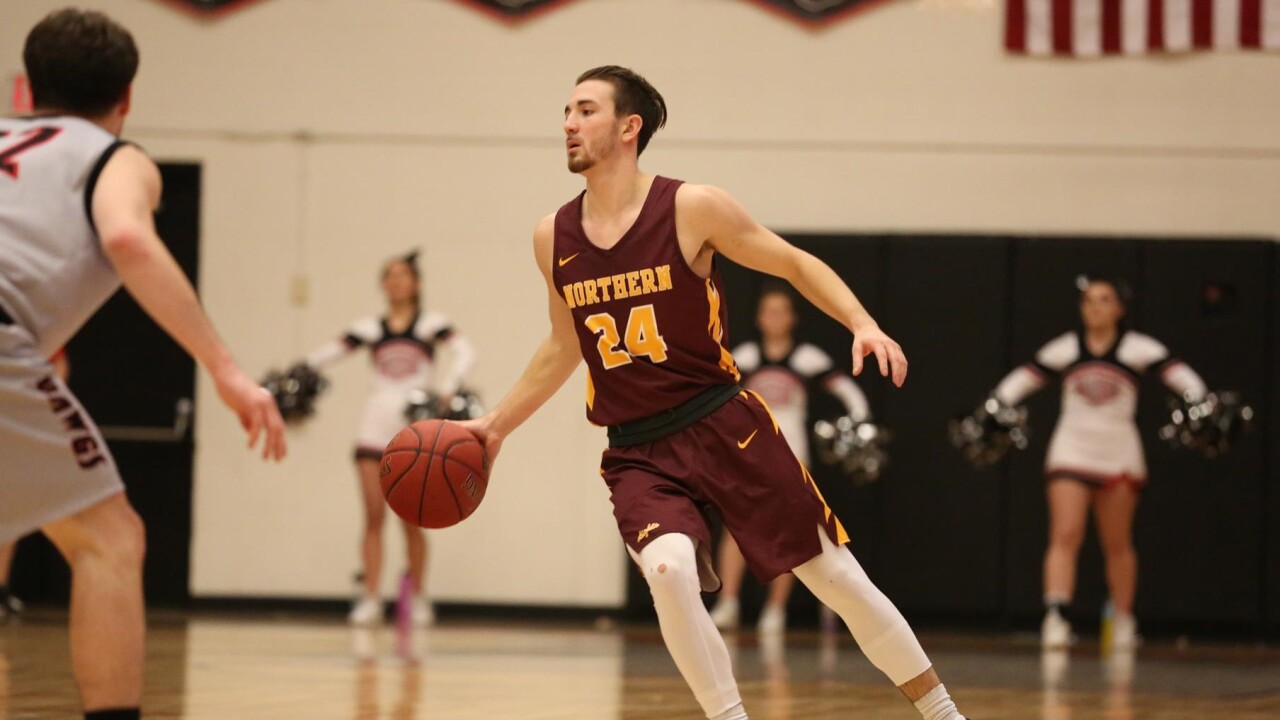 Well, for one day at least.

The Missoula Hellgate High graduate will get the opportunity to play in front of his hometown crowd when he and Montana State University-Northern travel to Missoula to take on the Montana men's basketball team on Sunday afternoon at Dahlberg Arena. The game is an exhibition for Northern, while it does count for Montana.

And Bray is not shy when expressing his excitement about that opportunity.

“I’m really excited,” Bray told MTN Sports. “I’ve never played a team in Dahlberg, other than summer camps with Hellgate. So when I got to see that I get to play in front of all my family, aunts, uncles, cousins, everybody, I felt very fortunate.

“We played MSU a couple of years ago and (Bozeman native) Adam Huse said it was one of the most memorable basketball games he’s played in, so just growing up in Missoula, I’m just excited to play the Griz here pretty soon.”

While looking forward to the opportunity, Bray said he kept the news internal at first. He wanted friends and family to find out for themselves, though he did call his parents to alert them.

Bray is well known to the Missoula basketball community. Having played under Hellgate coach Jeff Hays, Bray was a key member of the Knights 2013 Class AA state championship team and 2014 squad that reached the title game. Alongside good friend and current Oregon State star Tres Tinkle , Bray swung JV and varsity as a sophomore during that 2012-13 season before an injury to the team’s starting point guard forced Bray to step into that role. That happened a quarter of the way into that season and from there he was a mainstay as a starter for the rest of his Hellgate career.

Growing up, Bray was a Griz fan, having attended both football and basketball games at the school. So when he opted to head to the Hi-Line to play college basketball in Havre, Bray always had it in the back of his mind about how cool of an opportunity it would be to play back in his hometown one more time.

Lucky for him, that comes during his senior year.

“I remember when we were able to play MSU I was like, 'OK, before I’m out of here, I’ve got two years left, I hope we play the Griz,'” Bray explained. “That was almost the first thing that popped into my head when I realized we were playing a Division I team two years ago. I immediately wanted to play the Griz.

“You just catch yourself day-dreaming about random moments that you might have. You’re getting extra shots in the gym on a Sunday or Monday night and you’re just kind of picturing that game as you’re shooting. I’ve shot in that gym before, I know how it feels. Our fans and my friends are there. You can picture how loud it might be and the support you’re going to be getting. It’s always in the back of your head.”

Needless to say, getting up for this game won’t be difficult for Bray.

“I’m really excited for him and for the Missoula community,” Hays said. “I’ve watched him play online a bunch of times but I haven’t gotten to watch him live (in college). He’s the type of kid that you want to coach and have on your team.

“Coming out of high school, he was small, but he was quick and he learned how to play. I was really pleased with his development with us. As a sophomore he was all about scoring, then he went the other way and only wanted to pass. Then as a senior, he put it all together.”

As far as familiar faces who are around, Bray will line up across from friends, as well, on Sunday. He said he’s close with Montana senior Kendal Manuel (both are 2015 high school graduates) as well as UM sophomore Mack Anderson. Plus, Bray is close with Lady Griz senior McKenzie Johnston.

Those Montana connections mean a lot to Bray and simply add to what is already a special game for him.

Bray has carved out a strong career with the Lights. After redshirting his first season in Havre, Bray was a role player as a redshirt freshman and has started as the team’s point guard since his sophomore year. Last year as a junior, the 5-foot-9 Bray averaged nine points and 3.6 assists per game, both career-highs, as well as 2.6 rebounds. Northern finished 18-14 and 9-9 in the Frontier Conference.

“He’s a talented kid,” Hays said. “He’s worked hard and he’s just a natural leader. Anybody that spends time with or around him, they like him. He’s tough. He has moxie and grit. A lot of kids maybe wouldn’t be willing to go to Northern, but he did and he’s done terrific there.

“He made (the opportunity) his own and for that I’m really happy and proud of him for doing that and I am really excited to watch him play. He’s one of those guys who could come in on Sunday and hit three or four 3-pointers right away before you know what happened.”

Off the court, Bray has already finished his business administration degree with an accounting and psychology minor. This year, he’s doing an internship with an accounting firm in Havre, while also taking some more psychology classes. Bray’s ultimate goal is to get into law school at Montana after his college basketball career is over.

This year, Northern has high expectations. The Lights were picked second in the preseason league polls and come into the season ranked No. 19 in the NAIA coaches poll. For Bray and the Lights, the biggest goal is making the NAIA national tournament.

But Bray’s career speaks volumes in how he was given a chance and ran with it.

“Honestly, it’s just basically about embracing the opportunity and making the most of it,” Bray said. “One thing Havre really offers is the small-town feel and so much support. People saying hi to you when you go to restaurants. That part was pretty incredible for me.”

Bray said he’s still in contact with a lot of his former teammates from Hellgate. This weekend has given him time to reflect on those times and where everyone is now in their lives. From the success he’s had at Northern, to Tinkle’s at OSU and everyone in between, Bray said he’s enjoyed watching everyone grow.

But for now, the matchup with Montana looms. And while there is still plenty of sentimental aspects to the game, there is still the task at hand of challenging the Grizzlies, the two-time reigning Big Sky Conference champs. Tip-off is scheduled for 2 p.m.

“That’s the crazy part is they’ve been playing Michigan for their last game of the season,” Bray said. “We know how good they are and they return a lot of key pieces, so its more of just an awesome opportunity to be able to play and get a chance to play against those high-caliber guys. It really prepares you for the people that we’re going to play.

“I’m super excited. I’m really happy this game is scheduled and I really just can’t wait to be there and see my friends and family. It’s a good senior year departure to start the season then the real business starts after that.”