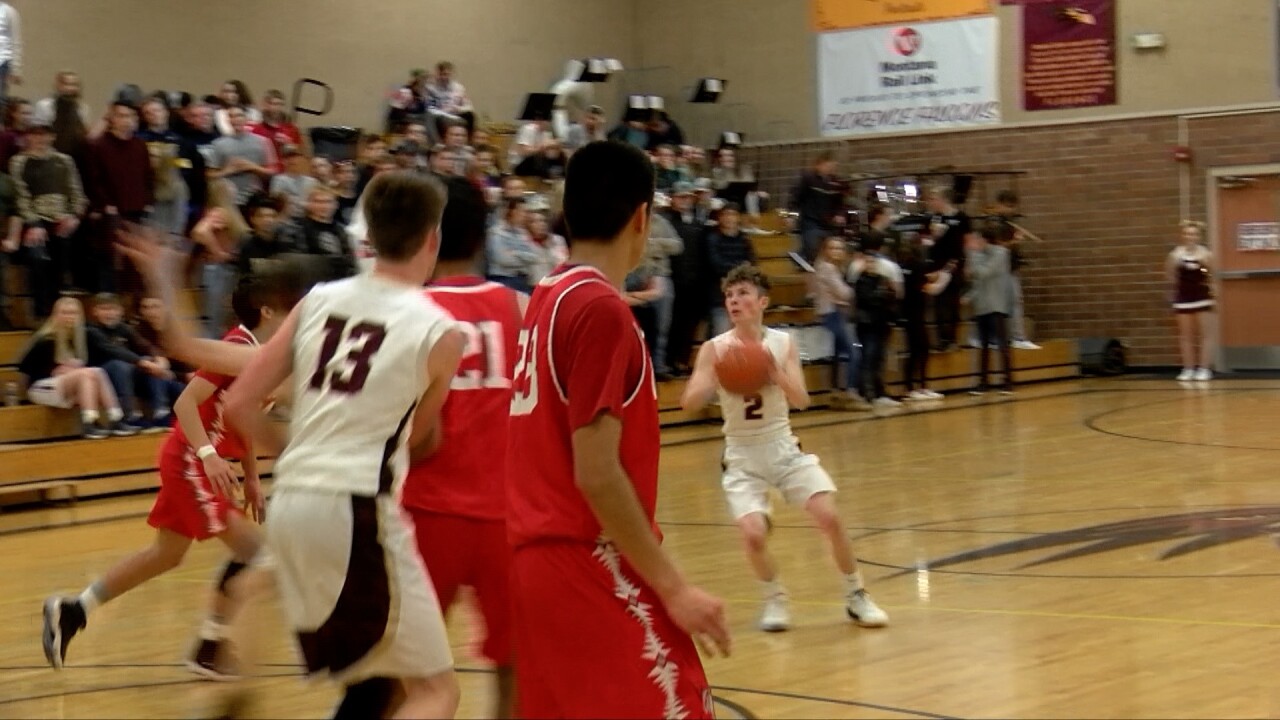 FLORENCE -- The Florence Falcons earned a sweep of Arlee on Friday night in a Class B doubleheader.

The Falcon boys started the night off with a 74-63 win over the Warriors. JP Briney finished with 27 points, Levi Posey tallied 17 and Blake Shoupe added 10. Florence shot the ball well from deep, knocking down seven 3-point attempts in the first half and 10 total in the game.

In the girls game, Florence won 66-32. Kasidy Yeoman led the way for the Falcons with 20 points while Trista Williams had 13.

Florence grabbed a 44-10 lead by halftime thanks to a 30-1 advantage in the second quarter.

Peyton Lammerding led the Scarlets in scoring with 11 points.