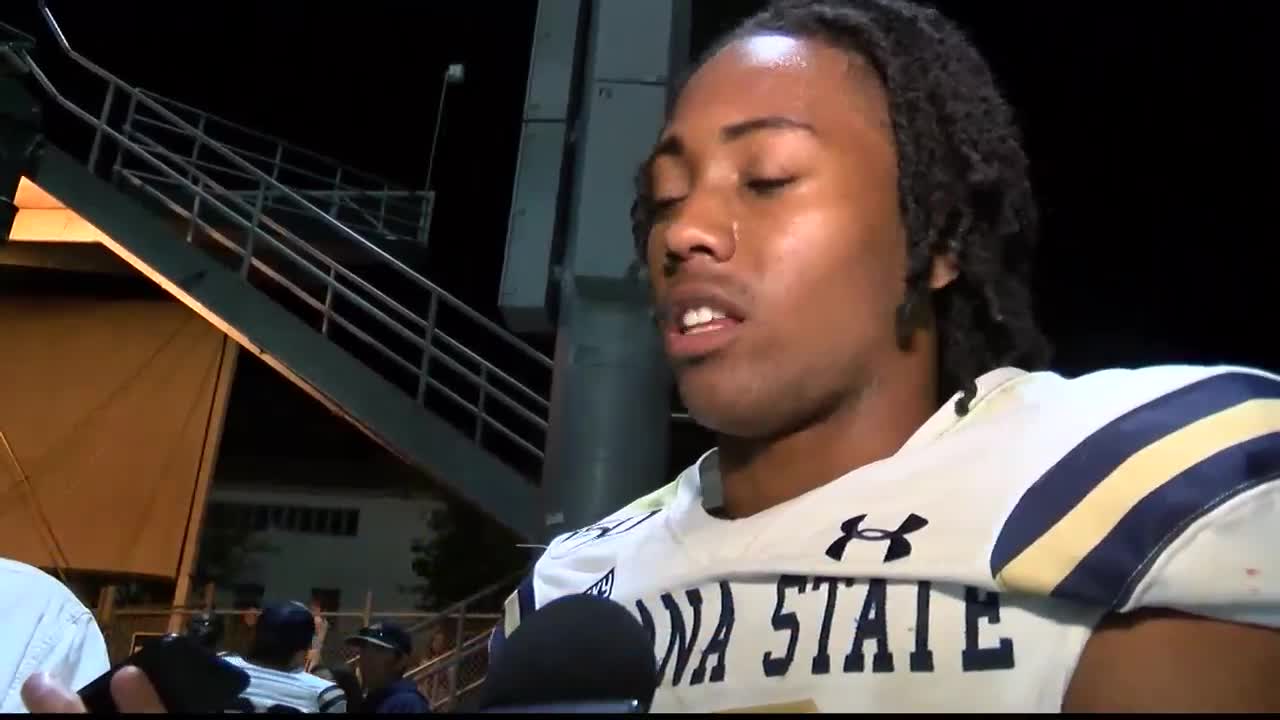 Everyone in the stadium knew what was coming, but no one knew how to stop it. In overtime, Montana State's Travis Jonsen lined up in the wildcat formation and ran the ball three straight times covering 25 yards. SAN LUIS OBISPO, Calif. -- Everyone in the stadium knew what was coming, but no one knew how to stop it. In overtime, Montana State's Travis Jonsen lined up in the Wildcat formation and ran the ball three straight times covering 25 yards.

And and on the final play of the game, Jonsen delivered what seemed inevitable after watching the Oregon transfer all game: a walk-off touchdown, lifting the Bobcats to a 34-28 win over Cal Poly.

"It was the last moment, man, we just needed it," Jonsen said. "We needed everyone to step up. The O-line really stepped up. They left me a big hole on that touchdown, I just took it. But huge credit on that last drive to them. It was all them."

With starting running back Isaiah Ifanse nursing an injury and the passing game sputtering, head coach Jeff Choate didn't hesitate to call on Jonsen to serve as the Bobcats' closer.

Jonsen finished with 11 carries for 85 yards and two touchdowns. He also added three receptions for a team-high 70 yards.

"I think he makes defensive coordinators not look too good," said fellow MSU receiver Kevin Kassis. "He's just a solid kid, a solid guy and a solid player who makes plays. They know it's coming, but still he's going to make the play and it paid off."

And while Jonsen's touchdown was the indelible play of the game, the MSU defense set him up -- namely Belgrade native Derek Marks, who recorded two tackles-for-loss in the extra frame which forced Cal Poly into a long field goal attempt, which sailed wide right.

"We're built for this and we've been working all summer for this and it's time and make it pay off," Marks said. "We were the better-conditioned team, and it showed in the end. We were built to come out victorious."