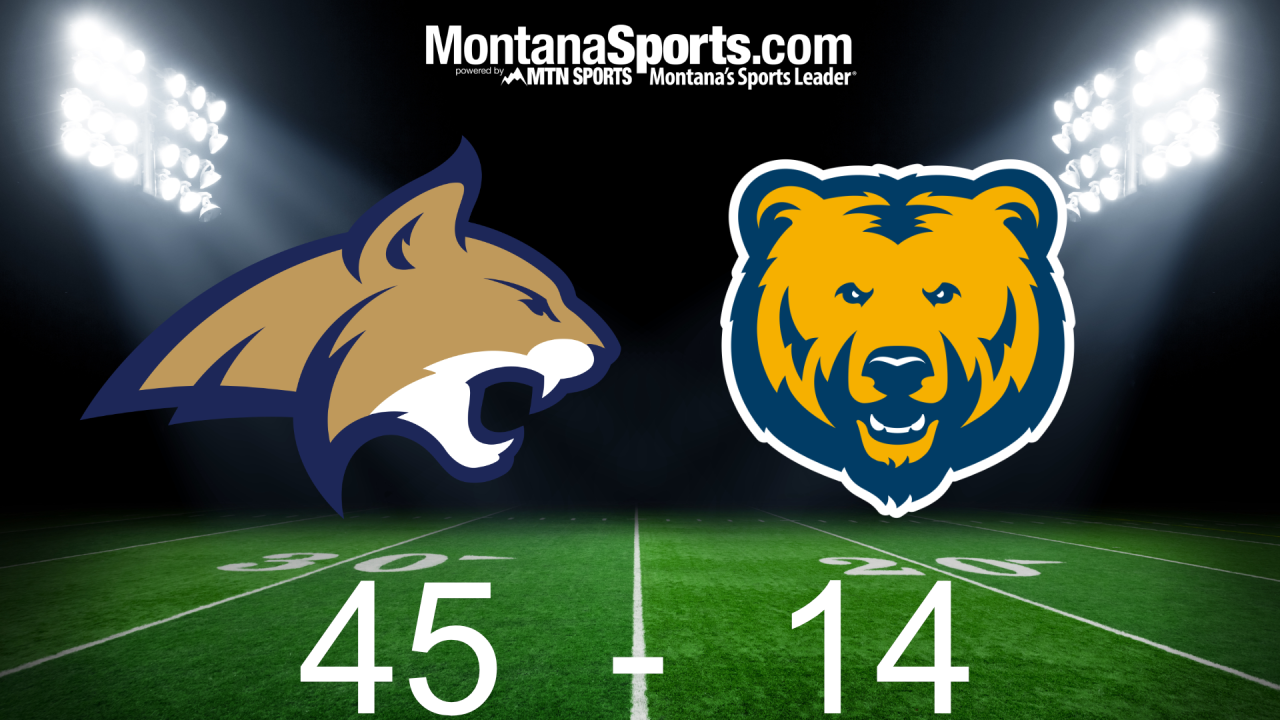 GREELEY, Colo. – The No. 12 Montana State Bobcats defeated Northern Colorado 45-14 Saturday in a dominant performance in all three phases of the game.

The Bobcat defense held the Bears without any points on offense until the middle of the fourth quarter with the game well out of hand. Northern Colorado’s only score in the first 45 minutes came on an interception return for a touchdown in the first quarter.

TURNING POINT: Callahan O’Reilly took a direct snap on a fake punt and ran 73 yards for a touchdown in the third quarter to give MSU a 38-7 lead. The game was well in hand by that point, but it was the moment the Bobcats firmly displayed that they could bend the game to their will, taking all of the energy out of Northern Colorado team that had just put together a good defensive series to force a punt.

STAT OF THE GAME: Yards per play. Time of possession was nearly equal, and each team ran roughly the same number of plays. But Montana State averaged 8.56 yards per play on 67 plays for a total 565 total yards, while Northern Colorado managed just 278 yards of total offense on 61 plays for just more than 4 yards per play.

WHAT’S NEXT: No. 12 Montana State (7-3 overall, 4-2 Big Sky Conference) will hit the road for a second straight week to face defending Big Sky Conference champion UC Davis (4-5, 2-3). The Aggies were ranked No. 5 in the STATS FCS preseason poll and climbed as high as No. 4 but have since fallen out of the FCS rankings entirely after several disappointing losses. Northern Colorado (2-8, 2-4) will face No. 22 North Dakota (5-4) in Grand Forks, N.D.