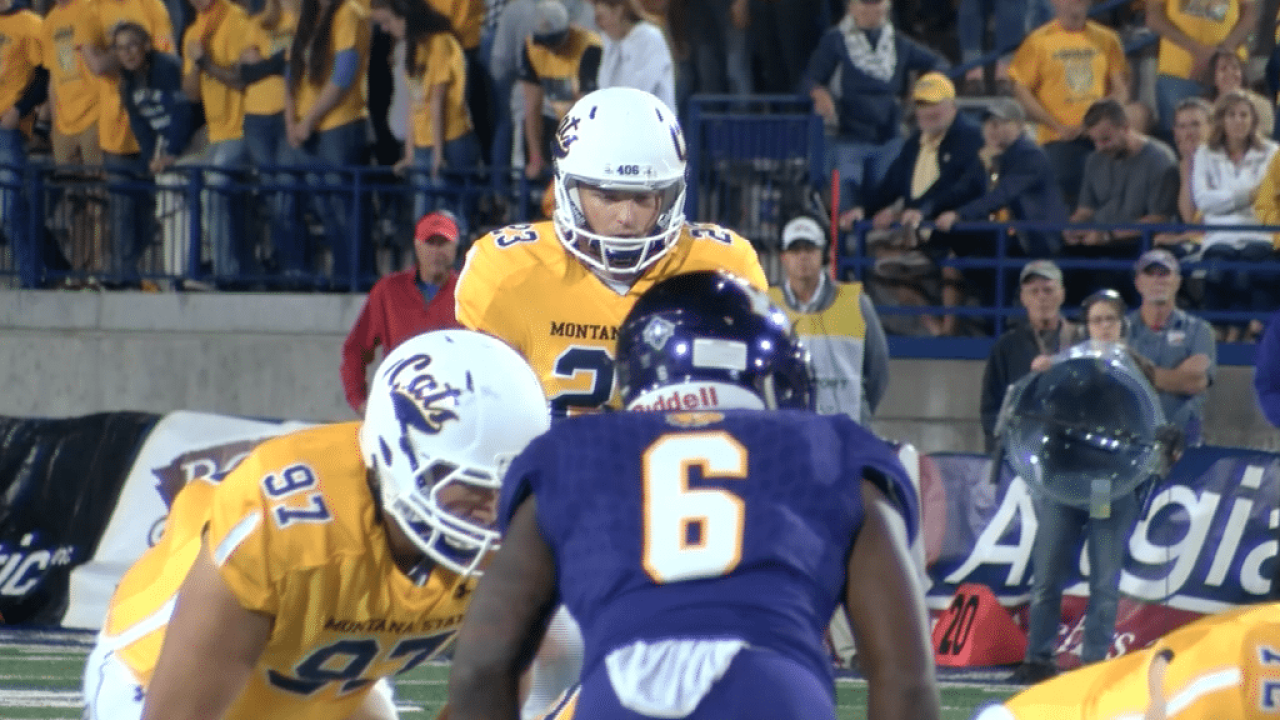 Tristan Bailey lines up for a kick (Brooke Leonard/MTN Sports).

Bailey scored nine of the Bobcats' 27 points Saturday at UC Davis Health Stadium, a 10-point MSU victory over the Aggies. The senior from Colorado Springs had seven points in the Bobcats' 13-point fourth quarter to help seal the victory. Bailey connected on field goals of 37 and 41 yards, improving to 10-of-15 kicking field goals this season. He also added a pair of touchbacks on kickoffs, while his other four kickoffs kept the Aggies inside their own 25-yard line.

This fall, Bailey has made all 45 of his point-after-touchdown attempts and is 6 of 7 kicking field goals inside 40 yards, while going 10 of 13 inside 50 yards.

The Big Sky Conference named Montana Grizzly receiver Samori Toure the offensive player of the week, while UM's Jace Lewis collected the weekly defensive honors. The Bobcats host the Grizzlies Saturday in the 119th edition of the Cat-Griz rivalry. The game kicks off at noon at Bobcat Stadium.