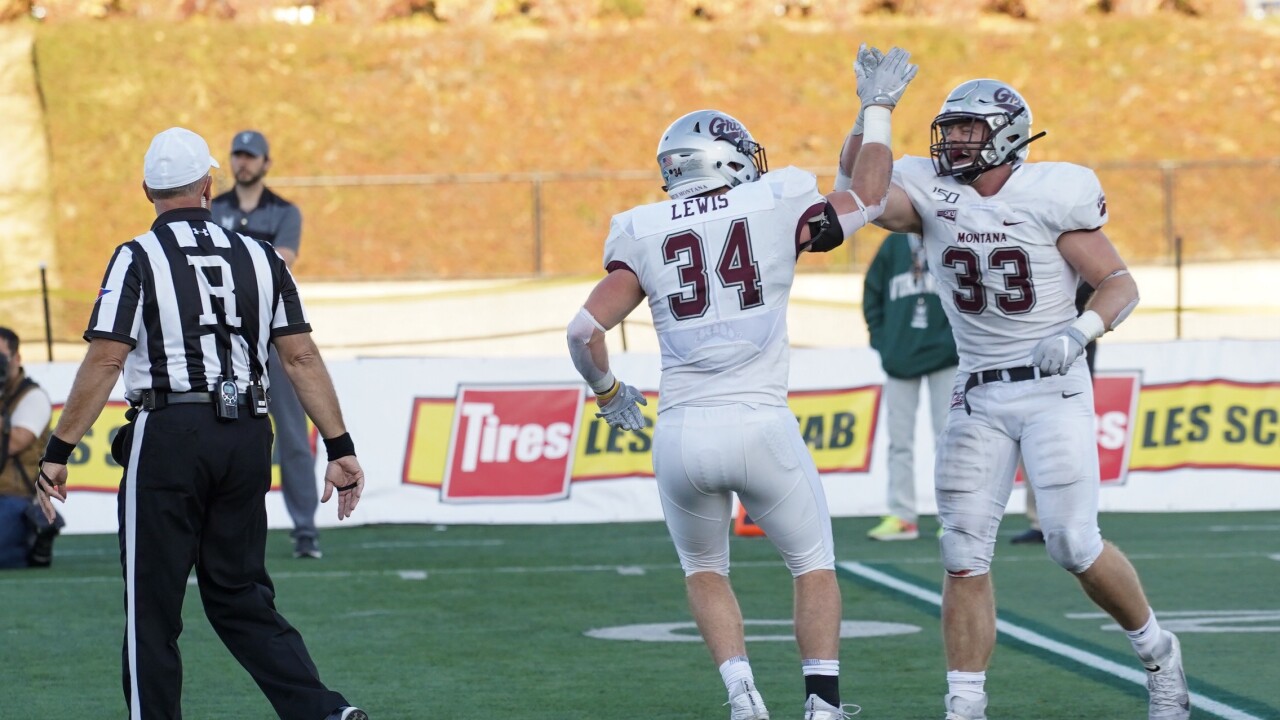 FARMINGTON, Utah -- Montana Grizzly football players Samori Toure and Jace Lewis were recognized as the ROOT Sports Big Sky Conference offensive and defensive players of the week, respectively, the league announced on Monday. The awards came after No. 5 Montana dominated No. 3 Weber State 35-16 at Washington-Grizzly Stadium.

Toure, a junior wide receiver from Portland, continued his impressive play down the stretch of the season, hauling in eight catches for a career-high 193 receiving yards to go with three touchdowns. He had touchdown catches of 10, 59 and a season-best 79 yards in the Grizzlies' win over the Wildcats.

In the past three games, Toure has racked up 462 yards and seven touchdowns on 24 catches. With the 193 yards against Weber State, Toure eclipsed 1,000 yards on the season, becoming the first Griz to do so since Jamaal Jones in 2015. Toure currently has 1,052 receiving yards and 10 scores this fall.

Lewis, a linebacker from Townsend, played a key role in limiting Weber State's ground attack Saturday. Montana held the Wildcats to 69 yards on the ground and an average of only 1.9 yards per carry. Weber State entered the contest averaging 188.2 rushing yards per game. Lewis collected a game-high 16 tackles, including seven solo and one tackle-for-loss.

Lewis now has 104 total tackles this season, 7.5 for loss, with four sacks. He also has five quarterback hurries, three pass breakups and a recovered fumble.

Montana State kicker Tristan Bailey rounded out the Big Sky Conference's weekly honors after scoring nine of the Bobcats' 27 points in a 27-17 win at UC Davis. The Bobcats host the Grizzlies Saturday, Nov. 23 in a noon kickoff at Bobcat Stadium.