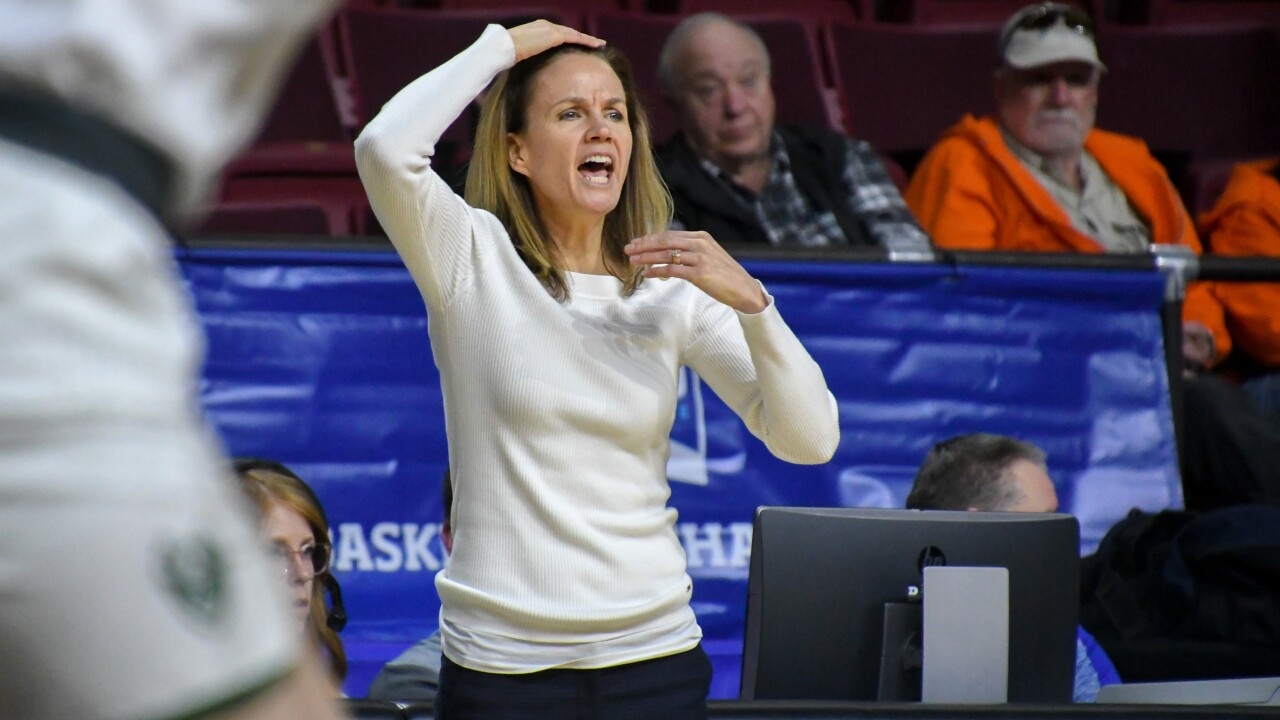 BOZEMAN – With the graduation of five current Montana State players looming at the end of the 2019-20 season, Bobcat head coach Tricia Binford went out and found one of the best recruiting classes in her tenure on the College Hill.

That’s a big statement for Binford, but she’s confident that the 2020-21 class can make an immediate impact.

“Initially, our plan wasn’t to sign six,” Binford said. “But we found kids that were that good of a fit and possess the ability help us take this program to the next level. Not only are they great, individually talented players, but they’re a fantastic group as far as what Montana State is all about- they’re outstanding student-athletes, high-character and competitive.”

Here’s an up-close look at the signees:

As a junior, averaged 26.3 points, 6.9 rebounds, 4.8 steals and 4.7 assists per game…finished the season shooting 65% from the field and 84% from the line…for her efforts, was named first-team all-state, district MVP, first-team all-district and was a member of the all-state tournament squad…off the court, was named academic all-state…garnered Midland Classical Academy’s Outstanding Student Award…going into her season senior, she has already amassed 2,229 points.

Despite living in the Lone Star state, Beattie has a familiar Montana basketball pedigree. Her mother, Kelly (Pilcher) Beattie, was a two-time All-Big Sky Conference selection for the Lady Griz and is listed sixth all-time in assists at UM. In addition, her 15 assists against Boise State and Northern Arizona still rank first in single-game history for the Lady Griz. Beattie’s aunt and coach at MCA, Carla (Beattie) Cunneen, is also a former Lady Griz standout. Cunneen was the 1996 Big Sky Sixth Player of the Year.

“Scorer is a great way to describe Leia,” Binford said. “She’s a flat-out baller. She’ll be someone that will impact the stat sheet. Leia sees the floor very well and can put points on the board quickly. She makes other players better on the court. Leia has a great mid-range jumper and possesses a high basketball IQ. We like her connection to the state of Montana and know that she’ll be a great fit for our program.”

Deden is another signee that has ties to Montana. Her mother Dawn (Silliker) Deden played for Montana from 1984-88. At UM, she was a 1,000-point scorer and was an All-Mountain West Conference selection. In addition, her aunt and head coach at Sentinel High School, Karen Deden, was a standout at the University of Washington and is in the Husky Hall of Fame.

“Lexi is a tough, strong, physical player that out-works her opponents,” Binford said. “She’s relentless on the glass, is a skilled shooter and a proven winner when it comes to adversity. I think she is one of the best, if not the best, players in the state. She is the type of post player that has been successful in our program due to their work ethic, skill and physicality.”

As a junior, averaged 13.7 points, 5.9 rebounds and 1.6 assists per game, while connecting on 80.6% from the free throw line… a two-time team MVP and a two-time All- South Suburban Conference selection…served as team captain for the Irish last winter…is a three-time academic letterwinner…played AAU ball for the Minnesota Fury, who captured the 2019 Minnesota state championship.

“Taylor has tons of length and possesses a quick trigger,” Binford said. “She has a major upside and will be able to really impact the game in multiple ways on both ends of the floor. She has great hands and is extremely well-rounded with her ability to post up and stretch the floor. Taylor has great size and can put points on the board very fast, and she’s not afraid of contact.”

“KJ has tremendous versatility and can play a number of positions for us,” Binford said. “She can guard anywhere, and she can guard anybody. Whatever you need her to do, she’s always stepping up for her team. KJ is very athletic and plays hard. She can really shoot it, is a great shot blocker and a strong rebounder. KJ loves to be in the gym. She is another small-town kid that will be a great fit.”

As a junior, she led the Southern Idaho Conference in scoring averaging 18.3 points per game…a first-team all-state selection, Ranson helped guide Timberline High School to its first state tournament appearance in 13 years, guiding the Wolves to a third place finish…holds the THS school record for points per game and points in a season…an outstanding soccer player she lettered four seasons with the Wolves…as a sophomore, was the second leading scorer in the SIC averaging 14.6 points per game…was ranked first in the conference in assists…was a second-team all-state pick…played AAU with Hoop Dreams, the same program that produced current Bobcat Darian White.

“Ava is contagious with her intensity and competitiveness,” Binford said. “She plays so hard and fast. Ava is a fantastic shooter and makes everyone else on the floor better. She can score, she’s aggressive and has a huge upside. Ava plays with so much passion for the game and will contribute to the culture of the program.”

As a junior, averaged 15 points, three rebounds, three assists and 2.5 steals per game…is a three-time Metro East All-Conference selection…will go over the 1,000 point mark this winter for the Spartans…four-year member of the SHS’ academic honor roll…National Honor Society member…played AAU ball for the Minnesota Fury, who were the 2019 Minnesota state champions.

“Sydney has a very high basketball IQ as the daughter of a coach,” Binford said. “She’s a great student-athlete. Sydney can really shoot it and has a great feel for the game. She is an unselfish player that makes the right play. In addition, Sydney is an academic student with great character. She’ll bring good energy to the program.”