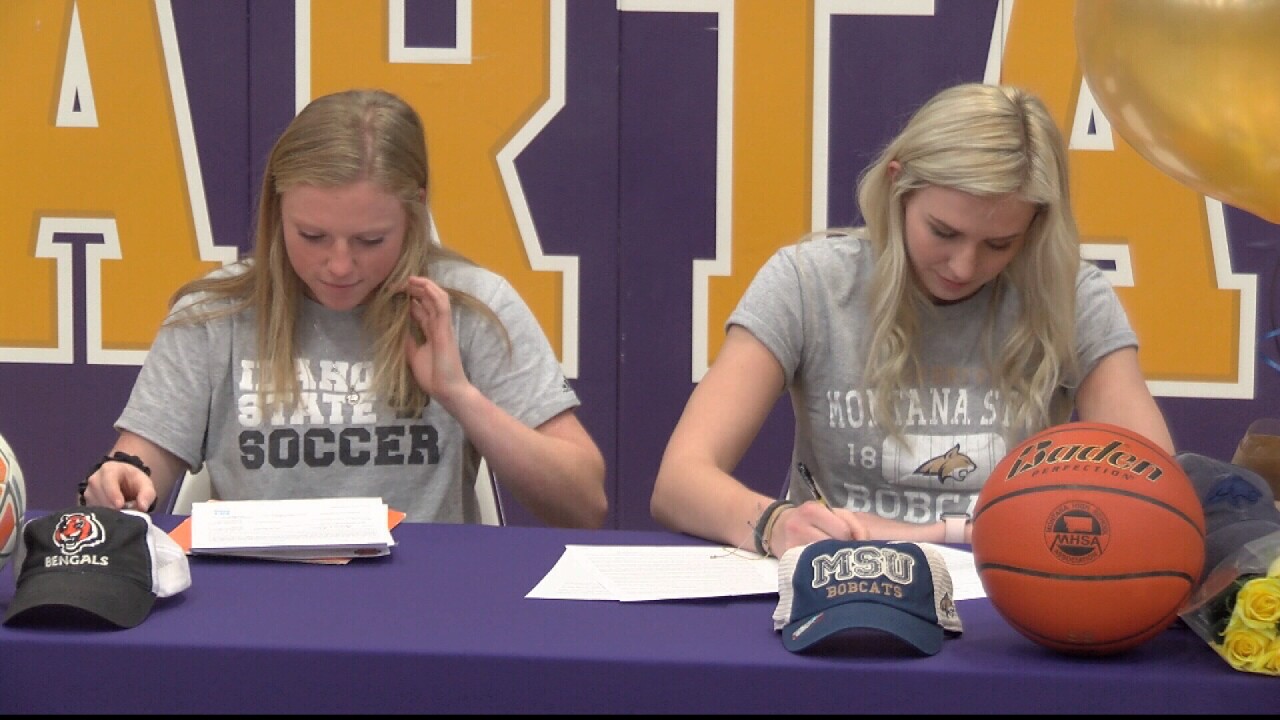 MISSOULA — Missoula Sentinel High seniors Aisley Allen and Lexi Deden put pen to paper on Wednesday in Sentinel's gym as the two signed their letters of intent to play Division I college athletics beginning next year.

"I'm just so excited for what's to come," Deden said. "I'm really excited for the future."

Deden's mother, Dawn (Silliker) Deden played for the Lady Griz from 1984-88, so she grew up rooting for Montana. Now, when she competes in Brawl of the Wild games twice a year, she'll be on the other side of everything.

"It was a really hard decision because my mom was a Lady Griz. I just felt like Montana State best fit me," Deden said. "I just root for the Cats now. I think it's really fun knowing that I'm going to go there and be a part of that and it's fun rooting for them now that I know that."

MSU's engineering programs stood out to Deden, which also played a big factor into her decision. Deden averaged 15.1 points, 7.3 rebounds, 3.3 steals, 2.2 blocks and 2.1 assists per game as a junior for the Spartans.

Allen said she verbally committed to Idaho State on Sept. 24. The environment, coaches and players stood out to Allen and she had the opportunity to visit a game as well.

Not to mention coming back to Missoula to compete against Montana at some point in her hometown.

"I'm really looking forward to that," Allen said. "It'll be a little weird coming home to play against a team I've watched growing up, but ISU's my new home so I'm excited."

As a senior, Allen scored 15 goals and tallied six assists for the Spartans who advanced to the quarterfinals of the Class AA soccer tournament.