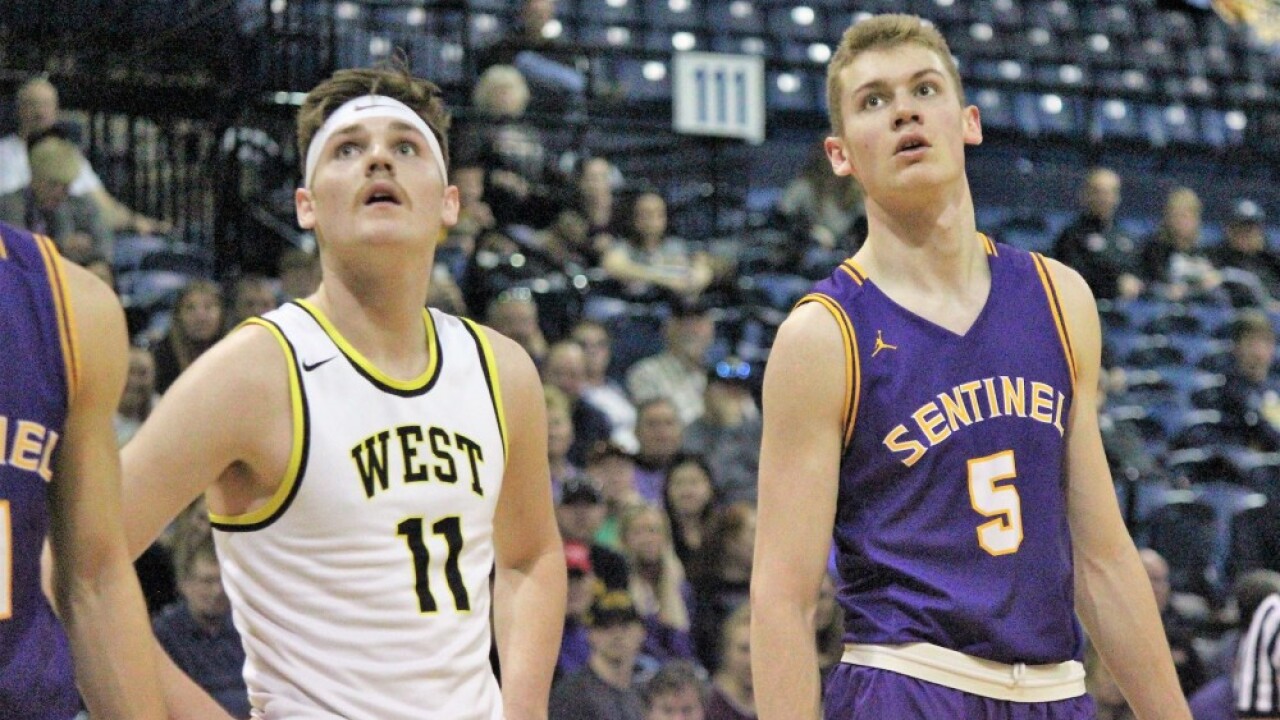 "I am very excited to say that I have committed to Montana State to continue my basketball career and education! Now back to work," he wrote.

I am very excited to say that I have committed to Montana State to continue my basketball career and education! 😺Now back to work! pic.twitter.com/Ba3OQP192v

Germer, a Class of 2021 prospect, tweeted back in October that he had initially received an offer from Danny Sprinkle and his Bobcat staff. Germer was just named a Class AA all-state player on Thursday.

Germer said the Bobcats first got in touch with him last spring during AAU basketball with Idaho Select. At a tournament in Anaheim, California, is where Sprinkle first saw Germer play. From there, the communication continued until his official offer. He said MSU liked his size for his position, his work ethic and the fact that he's young for his grade. Germer just turned 17 on March 6 and the coaching staff liked his potential as a young project, with time for him to get bigger, stronger and develop his on-court skills.

"I decided to commit to Montana State because of the coaching staff. I really bonded with them well," Germer told MTN Sports. "I also like the players they're bringing into the program and I think we're going to do really good as a team and do some damage in the Big Sky Conference. Looking to do work basically and I'm really excited to be a part of that squad.

"Just all of the hard work is paying off. Now I need to work even harder because I know I'm there, but now there's a lot of people out there working, too, so I need to keep ahead of the game and prepare for college basketball. Should be extremely fun."

Germer added that he liked the team's chemistry and that he got to attend a scrimmage when he was offered and that everyone appeared to be having fun and bonding well. Plus, he likes the way Sprinkle coaches and the style of offense the Bobcats run. In Sprinkle's first year, the Bobcats went 16-15 overall and 10-10 in the Big Sky.

Germer, who has been a two-year starter for the Spartans and was a sixth man as a freshman, helped lead Sentinel to a 17-7 record this past season, including a 10-4 mark in the Western AA as the Spartans advanced to the state tournament in Bozeman. The 6-foot-7 forward averaged 17.9 points and 8.5 rebounds per game, which led the Spartans in both categories. He shot 44.3 percent (125 for 282) from the field and 33 percent (33 for 100) from beyond the 3-point line.

"It's an extremely big deal. I was working to get that education paid for and also just to play basketball for the state of Montana," Germer said about getting a Division I opportunity. "I have a lot of family in Butte and Bozeman, so it's great to be able to play basketball and get an education."

Germer's commitment adds a little family rivalry into the mix. His father, Chad, is currently the offensive line coach for Montana's football team while his older brother Nick is a former UM receiver. But though the Germers have been a football family, Alex has wanted to play college basketball since middle school, so joking aside, the rest knew just how important it was to see him achieve his goal at the Division I level.

"(He's been) extremely supportive most definitely," Germer said of his father. "It is a rival school but for basketball he's all in for me."

He added with a laugh, "I might give him some crap but not yet. We're all just excited for the commitment right now but once it all dies down a little bit I'll probably throw in some jokes and stuff."