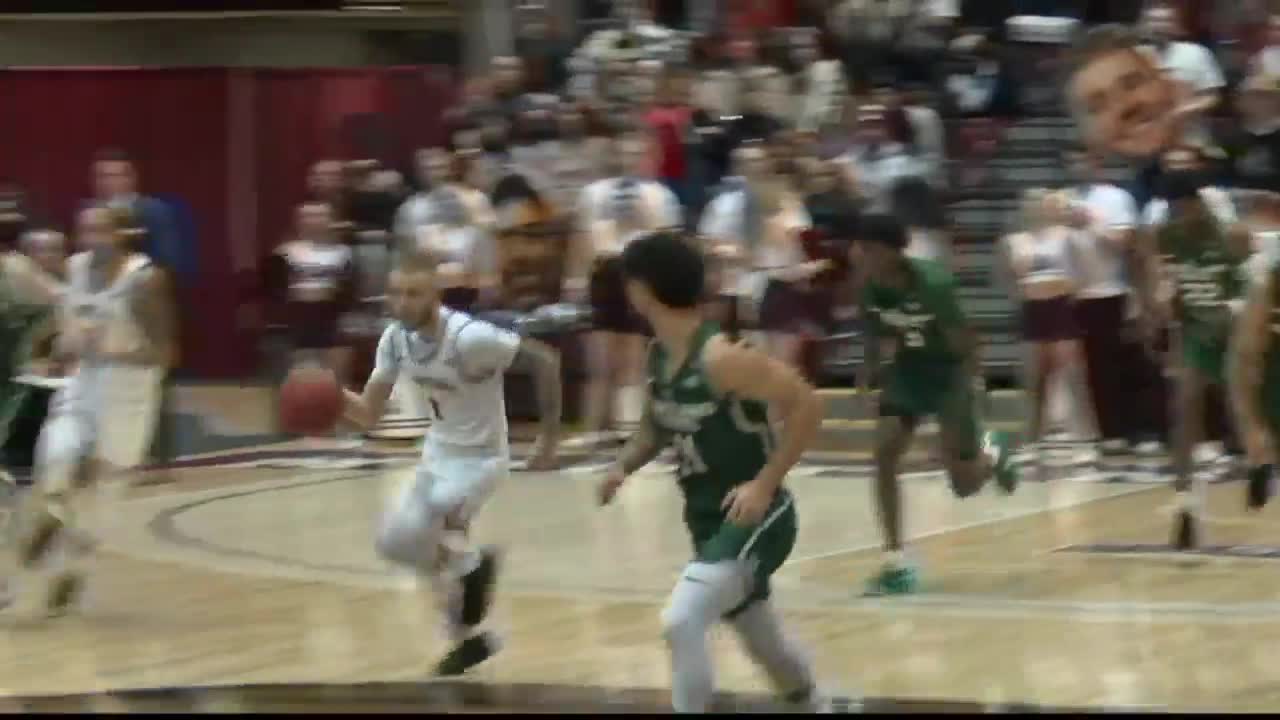 MISSOULA -- After its blowout victory over Eastern Washington last Thursday, the Montana men's basketball team picked up right where it left off with one of its best offensive performances of the season.

Montana shot a scorching 60.4 percent from the field, its best mark of the year, as the Grizzlies went on to beat Portland State 85-70 to improve to 5-1 in Big Sky Conference play.

Kendal Manuel continued his recent hot streak with 27 points on 7-for-11 shooting including a 5-for-7 mark from 3-point range to lead everyone in scoring. Sayeed Pridgett was two rebounds short of a triple-double with 17 points, 10 assists and eight boards.

Manuel has scored 71 points in Montana's last three games. And in Montana's last two contests, the offense has flowed much more smoothly and come earlier in the game, something head coach Travis DeCuire said came from some heart-to-hearts with the team.

"(Their) attention to detail. We're doing a better job of understanding the scout," DeCuire said. "The guys are spending more time reading the scouts and understanding personnel, so I think we're doing a good job there. And then offensively we're taking care of the ball and moving the ball. I think our shot selection is a lot better right now. So our assist-to-turnover ratio has gotten a lot better."

Both teams found their offensive grooves right away on Monday. Montana grabbed a 10-point lead after Derrick Carter-Hollinger knocked down a jumper with 8:56 to go in the first half to make it 27-17. But Portland State wound up racing back to tie it all at 31-31 after a steal and dunk from Lamar Hamrick.

Montana went into half up 46-42, its final bucket coming from an alley-oop from Pridgett to Carter-Hollinger.

The second half saw Montana jump out quick again with Manuel knocking down a 3-pointer to make it 54-44 Griz. But the Vikings hung around, eventually making it a two-point game at 58-56.

But Montana's offense and defense came together after that. The Griz used a 13-2 run to separate themselves from the Vikings. During that run, Manuel cashed in another 3, Pridgett scored on a layup and jumper and found Carter-Hollinger for another alley-oop as well.

"We came out of a timeout and executed three consecutive times," DeCuire said about the run. "We knew what we were looking for and we got wide-open shots. It was really offensive execution that I think broke their back. And then on the defensive end we kept them out of the paint and forced them into contested jump shots."

Mack Anderson went on an eight-point run of his own with a pair of dunks and two more layups to give the Grizzlies a 77-62 lead with 4:57 to play and the Vikings never got within single digits again. Anderson finished with 10 while Carter-Hollinger had 13, both off the bench.

"It was a good win and game," Anderson said. "We have some momentum right now after the Eastern Washington game, too. We came out, guarded their stuff, guarded the ball screens and we were able to get out in transition a little bit.

"I don't think I dribbled once to score once tonight. I was just catching and finishing it so (my teammates) were taking care of me."

Montana held Portland State to 0-for-11 shooting from 3-point range. The Vikings shot 40.6 percent from the field (26 for 64). Montana also had 20 assists which was led by Pridgett.

In the past two games, Montana's offense has flowed a lot through Pridgett, who has assumed more of a role as a point guard rather than the forward he typically plays. That, coupled with Manuel's ability to knock down shots more consistently, has been a big part of the team's offensive emergence of late.

"It's been huge," DeCuire said of Pridgett. "He started the season off playing it. For the first two months before we started playing games, he was playing exclusively at the point. I knew I could move him back to the (forward) when the freshmen got going and once we got Josh (Vazquez) into the flow, I moved him back.

"I knew there was probably going to be a point and time in the season where I was going to have to come back and play him those minutes. I didn't plan on playing him those minutes as much as we have these last two games, but I think its been healthy for us because it opens up the floor."