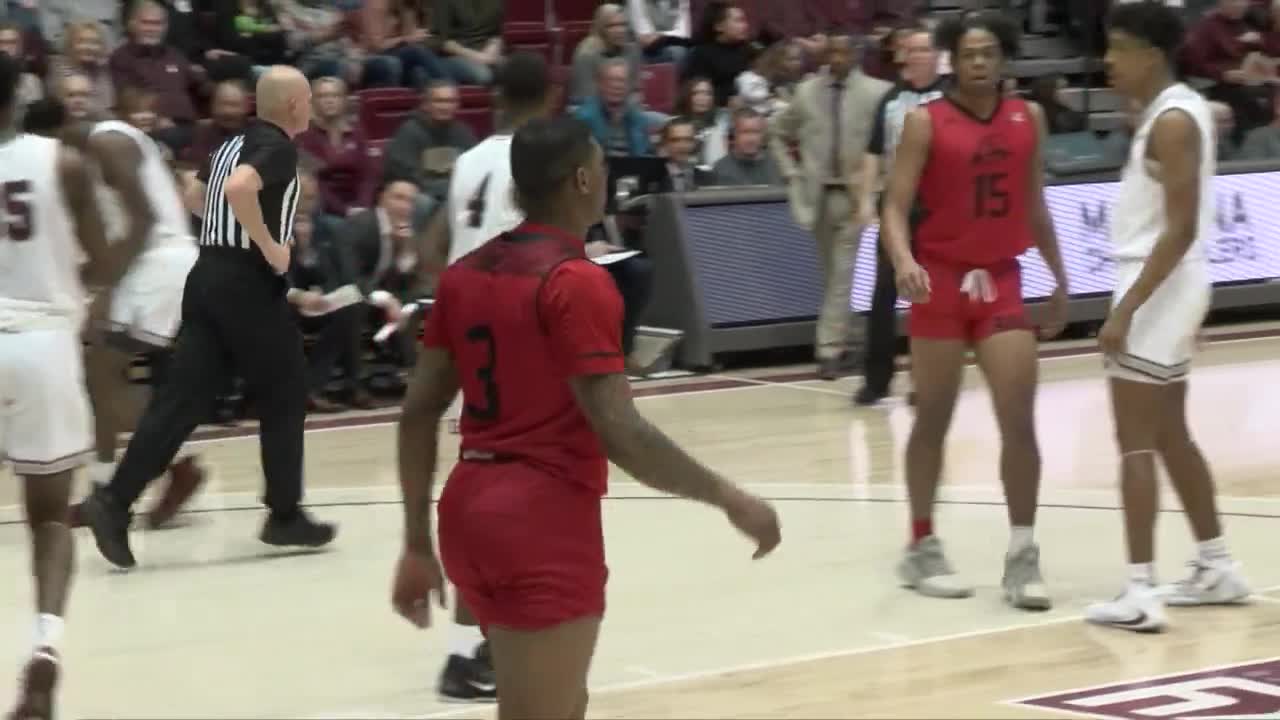 MISSOULA -- The Montana men's basketball team let a 16-point first-half lead slip away as Southern Utah upset the Griz in Dahlberg Arena, 85-50, on Saturday evening to wrap up the regular season slate of the Big Sky Conference schedule in front of 5,052 fans.

Montana's offense caught fire quickly and the Griz ultimately led 38-22 with 3:54 to play. But things started to slip away late in the first half as Southern Utah went on a 12-1 run before Sayeed Pridgett hit a jumper at the buzzer to send the Griz into half up 41-34.

The Thunderbirds never let up. After Josh Vazquez made two free throws to give Montana a 50-42 lead, Southern Utah went on an 8-0 to tie the game with 10:21 to play.

From there, the game went back and forth. Andre Adams gave the Thunderbirds their first lead, 59-58, with 6:12 to play, but Jared Samuelson gave the Griz back the lead with two free throws of his own soon after.

With 2:41 to go, the Griz trailed 68-64, but Kendal Manuel knocked down a pair of free throws followed by a 3-pointer from Pridgett as Montana gained control again with 1:43 to go. Pridgett then went 1 for 2 at the free throw line to make it 70-68, but Harrison Butler canned a 3 for the Thunderbirds with 37 seconds left. Pridgett would go 1 for 2 at the line again to tie it at 71-71, and Southern Utah missed two game-winning attempts before the buzzer to send the game into overtime.

Southern Utah ultimately grabbed a 78-75 lead with 1:25 to play, but Manuel converted a 3-point play to tie it. But the Thunderbirds used free throws down the stretch to ice the game while Montana was unable to respond with points.

Cameron Oluyitan and Butler each led Southern Utah with 17 points while Adams finished with 12 points and 12 rebounds. Butler also added 10 boards and the Thunderbirds out-rebounded the Grizzlies 44 to 34 and shot 42.9 percent (24 for 56) from the field.

Montana finishes conference play 14-6 while Southern Utah went 9-11. For UM head coach Travis DeCuire, it was his first loss to SUU as Montana's head coach. He was previously 9-0. Montana dropped three of its last four regular-season games heading into the Big Sky Conference tournament in Boise, Idaho, next week.

Southern Utah snapped a 15-game losing streak to the Griz. Montana was 38-3 at home over the past three years entering this final week of the regular season before getting swept by Northern Colorado and Southern Utah. For the Griz, it is the first time since 2017 they were swept on a home stand.

Samuelson, Manuel and Pridgett were all honored before the game began as part of UM's Senior Day festivities. Pridgett also moved into No. 4 all-time in Montana men's basketball scoring history as he surpassed three players on the night with his performance against the Thunderbirds. Pridgett, who began the night with 1,652 career points, passed former teammate Ahmaad Rorie (1,654), Kevin Criswell (1,663) and Kareem Jamar (1,673). Pridgett currently has 1,679 career points.