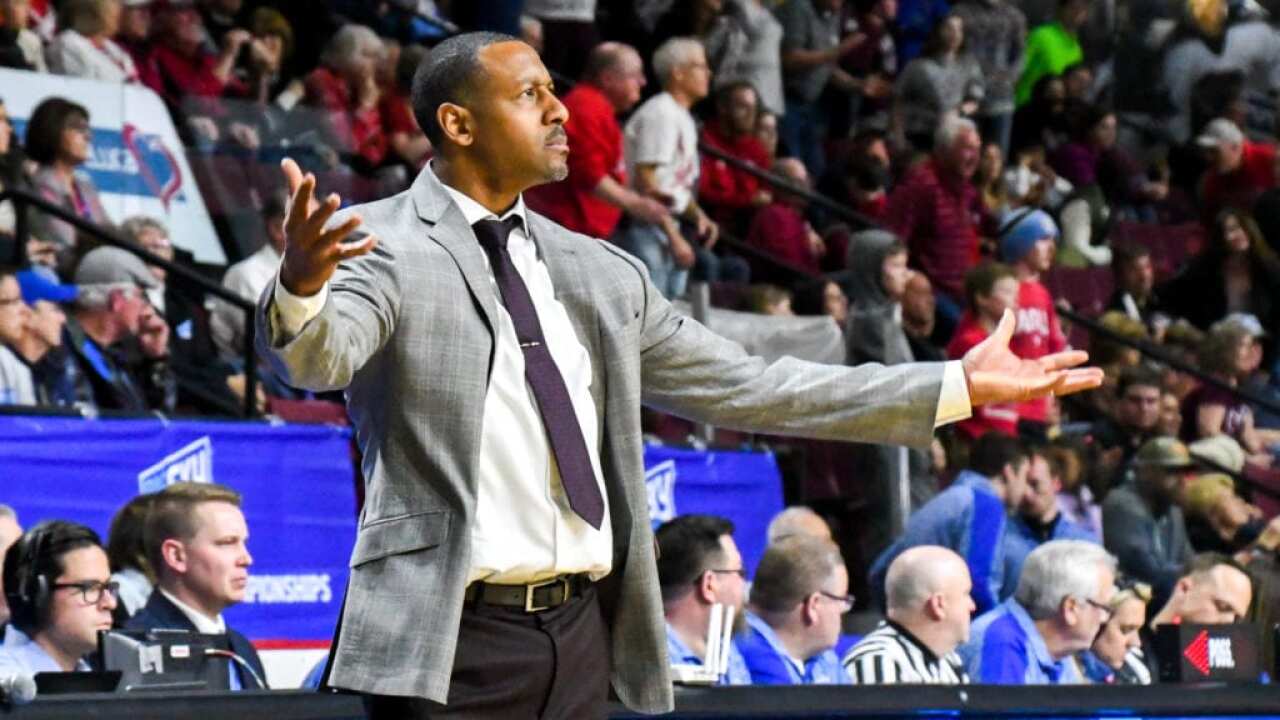 MISSOULA -- During Missoula Hellgate and Sentinel's basketball doubleheader on Friday night in Dahlberg Arena, both Travis DeCuire and Danny Sprinkle were watching court-side as the high school teams brought plenty of energy and a large crowd to the Adams Center.

And after that opening act that filled all expectations and then some, DeCuire and Sprinkle now prepare for the main event.

For the 300th time, the Montana and Montana State men's basketball teams will clash on the basketball court when the two programs meet on Saturday in Dahlberg. And as always, a packed house is inevitable.

Compared to past seasons, Saturday's contest will feature a new coach in the rivalry but one plenty familiar with its significance. Sprinkle will lead the Bobcats on the road as they aim to stop UM's current trend of domination in the rivalry.

For the Griz, they're looking to bounce back after a pair of road losses at Weber State and Portland State that dropped Montana from the top spot in the Big Sky Conference standings.

All of those roads lead to Missoula on Saturday night.

"It's always special going and playing the Cats," Billings native Kendal Manuel said. "It's a big-time game and being from Montana I understand the rivalry and what it brings and everything, so I'm very excited, especially knowing how many Montana kids are about to be playing the game."

For the other guys who are from out of state, this rivalry always has its eye-opening moments. But they quickly catch on to just what it means.

"I've already played four games against the Cats, so I know it's going to be a special game," Montana's Timmy Falls said. "The crowd's going to be into it, so I think as long as we just come in and play calm and collected and I think we'll be fine.

"I honestly had no idea (about the intensity) before I got here, but as soon as I got here, everyone started talking about it so I kind of got caught up to it."

MSU comes in on its own two-game winning streak with wins over Weber State and Idaho State.

"This game is always going to be special," DeCuire said. "When you look back at them later and see what happens over the next few years with me here and him there. They're always going to be something to remember for each of these individual matchups.

"I'm excited for (Sprinkle) to have a chance to walk the sidelines during this event and this game, because it's probably attended as well as it has been in a long time."

While Sprinkle will get a chance to coach his first game in this rivalry, the Helena native who starred for the Bobcats in the 1990s is plenty familiar with what it means to each program. Plus, he knows multiple players on Montana's team personally in past recruiting visits.

"I know Sayeed Pridgett is a tremendous player, I recruited him a little bit out of high school when he was in Oakland," Sprinkle said. "Kendal Manuel, who I also recruited when he left Oregon State. A Billings kid who's having a tremendous senior year and can really, really shoot it. And (Jared) Samuelson, I played against his dad (Shawn), his dad was a great player. He's been kind of the X-factor in a lot of their wins. He's kind of that stretch big that can really shoot it and he's made some really timely shots for them this year."

"Danny, he's a good guy. He recruited me while I was younger and everything," Manuel added. "He does a great job and they've turned that program around right now."

Montana has the top field goal percentage at 48.1 percent per game and ranks third defensively at 42.5 percent.

From deep, Montana is second in the league with a 38.1 mark from 3-point range while MSU is last at 26.5 percent in league play. However, the Bobcats are first in 3-point defense, holding opponents to just 27.1 percent from deep.

But as is the case with all rivalry games, stats tend to be thrown out the window when the ball is rolled out and the two teams tip off on Saturday at 7 p.m.

"The good thing is (the players) can express what this means to them," DeCuire said. "The Montana kids, it's a lot different for them than anyone else in the program. Sayeed's played in quite a few of these games, so I think they'll take over the locker room when it comes to describing what it feels like to be on the floor in this moment."