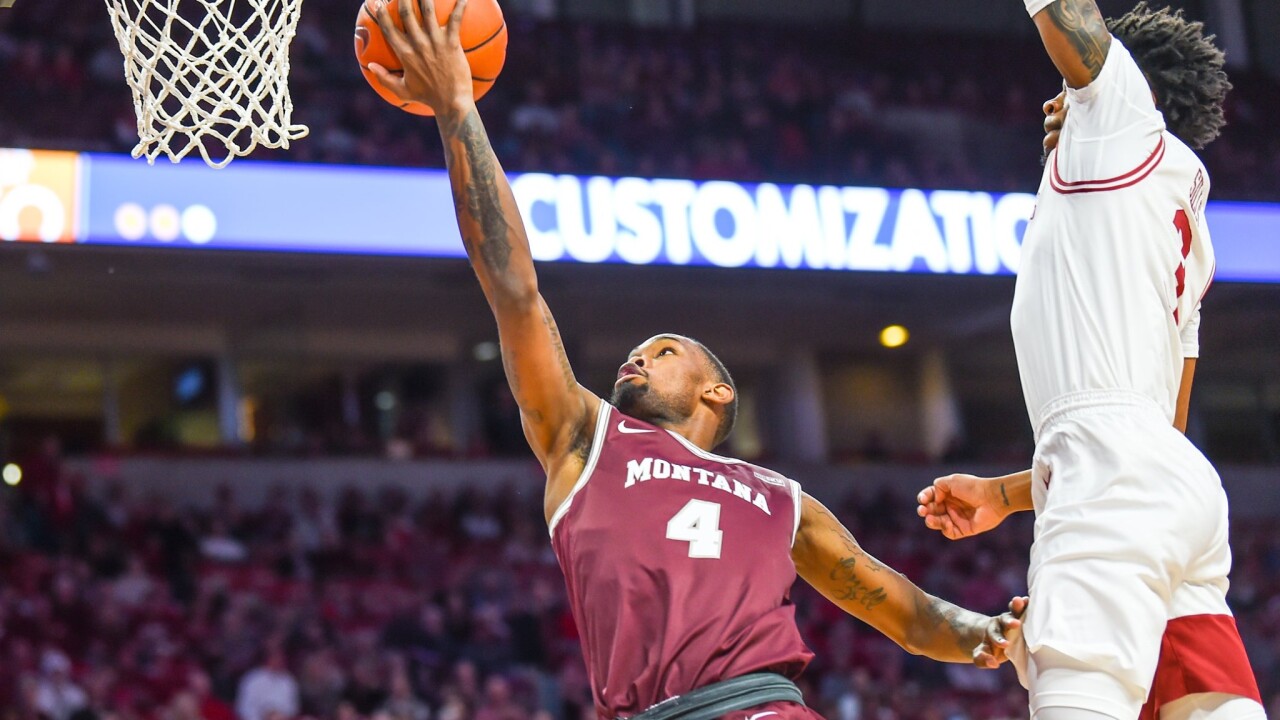 MISSOULA — The Montana men's basketball team was stifled on Saturday as the Grizzlies fell 64-46 at in Fayetteville, Arkansas, against the Razorbacks of the SEC.

Mason Jones led Arkansas (3-0) with 19 points while Jimmy Whitt Jr. added 14. Arkansas, which boasts one of the better defenses in college basketball, held Montana to just 32.1 percent shooting (18 for 56).

Montana shot just 2 for 16 from deep and the Razorbacks forced 23 Grizzly turnovers. But Montana's defense forced 13 turnovers on the other side and held Arkansas to just 37 percent (20 for 54) shooting including 4 for 20 from 3-point range. Montana out-rebounded Arkansas 39 to 37.

The game was just the sixth time in school history that Montana had traveled to SEC country for a game.

Rocky Mountain College graduate transfer Jared Samuelson, who has been nursing a knee injury since before the season began, did not play in Saturday's contest. Montana (1-2) started the same lineup of Pridgett, Manuel, Anderson and true freshmen Josh Vazquez and Kyle Owens for the third straight game.

Montana's next contest will be a home game against Montana Tech on Monday. Arkansas was the second Power-5 opponent Montana has played so far this year. The Grizzlies opened the season at Stanford and still have scheduled games with Washington and Oregon in the non-conference slate.